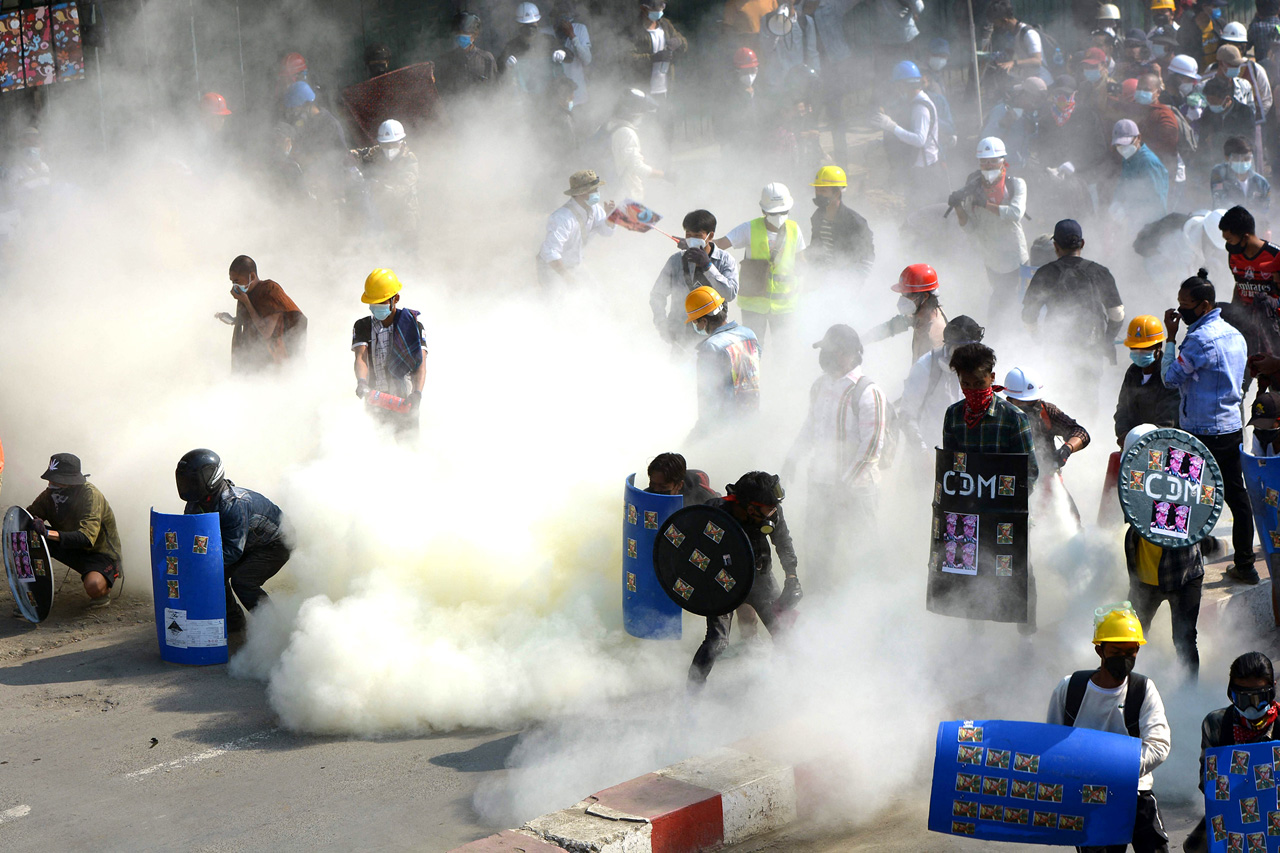 Protesters react after tear gas is fired by police during a demonstration against the military coup in the northwestern town of Kale, Myanmar. AFP photo

YANGON: At least six people were killed as Myanmar security forces fired on pro-democracy protesters yesterday, after the junta hit half a dozen detained journalists, including an Associated Press photographer, with criminal charges.

The country has been in chaos since Feb 1 when the military launched a coup and detained civilian leader Aung San Suu Kyi, ending Myanmars decade-long experiment with democracy and sparking daily mass protests.

International pressure is mounting Western powers have repeatedly hit the generals with sanctions and Britain has called for a United Nations Security Council meeting tomorrow.

But the junta has ignored the global condemnation, responding to the uprising with escalating force, and security forces used lethal force on demonstrators again yesterday.

Four people were shot dead during a protest in a city in central Myanmar, according to medics who spoke to AFP by phone.

One of the victims in Mandalay was shot in the head and the other in the chest, according to a doctor, who asked not to be named. 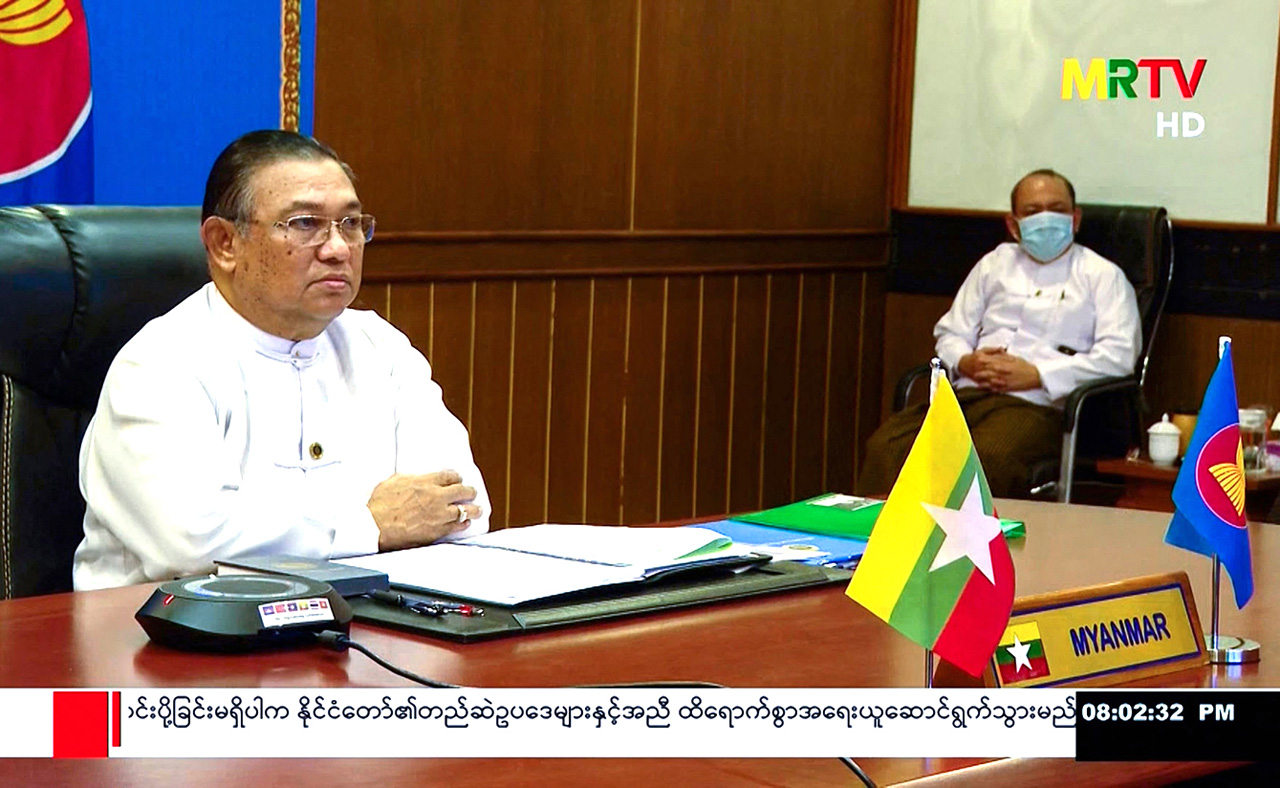 A protest in the central city of Myingyan also turned violent, as security forces confronted protesters in hard hats crouching behind red home-made shields emblazoned with the three-finger salute a symbol of resistance for the anti-coup movement.

They fired tear gas, rubber bullets, and live rounds, a volunteer medic on the scene told AFP, adding that at least 10 people were injured.

In downtown Pansodan Road, near the famed Sule pagoda intersection, protesters pasted print-outs of junta leader Min Aung Hlaings face on the ground a tactic aimed at slowing down security forces who will avoid standing on the portraits.

In another San Chaung township, which has been the site of intense clashes in recent days, tear gas and fire extinguisher clouds filled the streets as riot police confronted protesters.

Sunday was the bloodiest day since the military takeover, with the UN saying at least 18 protesters were killed across the country.

After the talks Indonesias Retno Marsudi expressed frustration over the juntas lack of cooperation.

Singapore which is Myanmars largest investor condemned the authorities use of lethal force, with Premier Lee Hsien Loong telling the BBC that it was unacceptable.

AP photographer Thein Zaw, 32, was arrested on Saturday as he covered a demonstration in Myanmars commercial hub Yangon, his lawyer told AFP yesterday.

Thein Zw and five other Myanmar journalists had been charged under a law against causing fear, spreading false news or agitating directly or indirectly a government employee, according to the lawyer, Tin Zar Oo.

The junta amended the law last month, to increase the maximum sentence from two years to three years in jail.

Ko Thein Zaw was simply reporting in line with press freedom law he wasnt protesting, he was just doing his work, the lawyer, Tin Zar Oo, said, adding that all six were being held at Insein prison in Yangon.

The other five journalists are from Myanmar Now, Myanmar Photo Agency, 7Day News, Zee Kwet Online news and a freelancer, according to AP.

According to the Assistance Association for Political Prisoners (AAPP) monitoring group, more than 1,200 people have been arrested since the coup, with about 900 still behind bars or facing charges.

But the real number is likely far higher state-run media reported that on Sunday alone more than 1,300 people were arrested. AFP