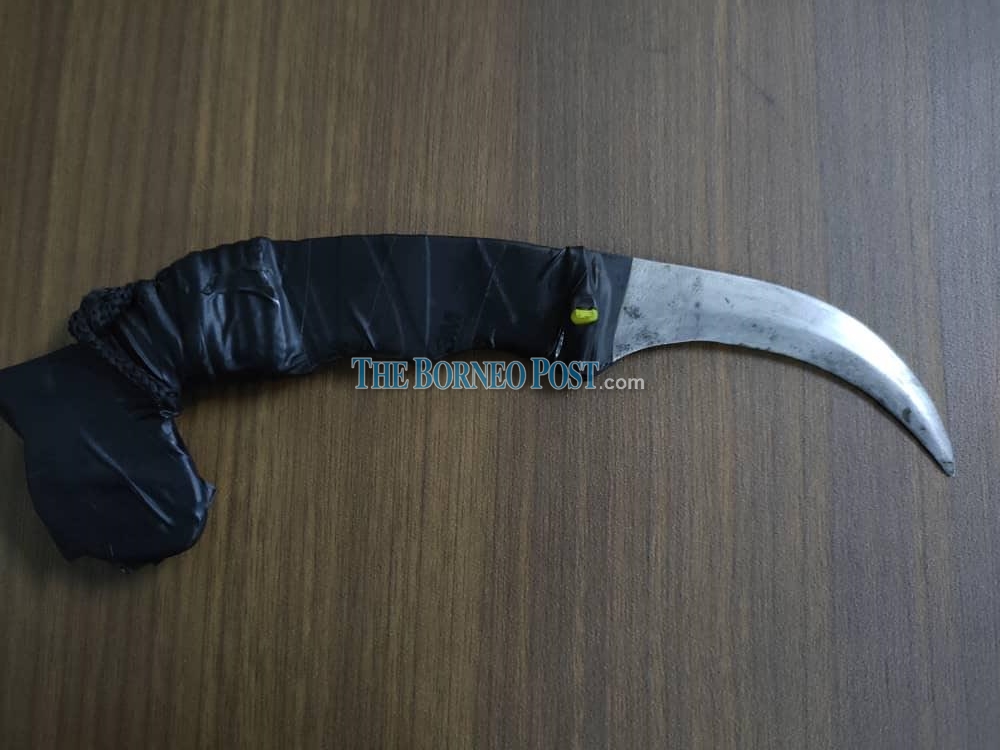 The kerambit which was seized from the suspect.

KUCHING (Nov 19): An unemployed man has been sentenced to five years’ imprisonment for assaulting his brother and possessing a hand held spur (kerambit).

Mohamad Ridzuwan Aris, 29, yesterday pleaded guilty to the charges before Sessions Court Judge Steve Ritikos who convicted him under Sections 324 and 326A of the Penal Code and Section 6 (1) of the Corrosive and Explosive Substances and Offensive Weapons Act 1958, respectively.

According to the brief facts of the case, the 35-year-old brother of the accused was trying to stop the latter from threatening members of the public at around 8.30pm on Nov 10 in front of a mosque at Kampung Lidah Tanah, Bau.

The accused, who became increasingly more agitated, had attacked his brother, inflicting injuries to his hand.

DPP Danial Ilham Kamaruddin prosecuted while the accused was not represented.