Jeffrey: Why deny us audience with Head of State when we have majority to form new govt? 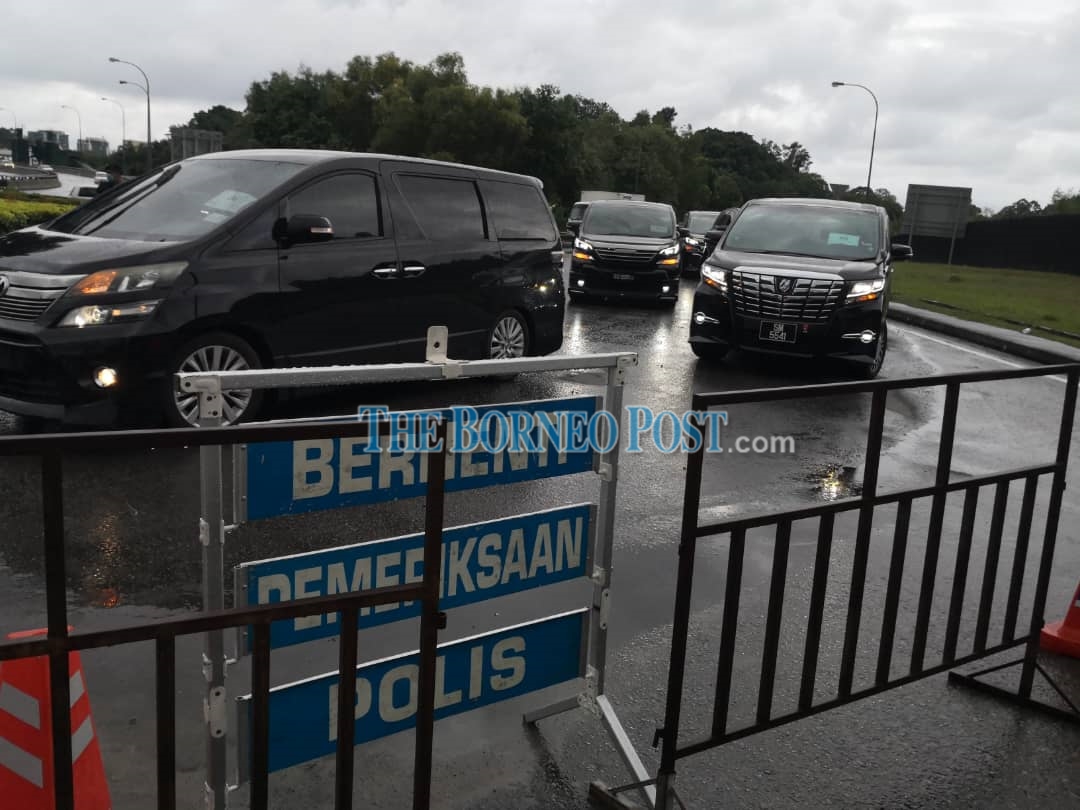 Jeffery and the 33 assemblymen leaving Jalan Istana after they were denied to meet with Sabah Head of State.

Speaking to reporters at the junction leading to Istana Negeri here, Jeffery said his presence today was on behalf of the 33 YBs to see the Head of State to seek clarification on the letter they have submitted but unfortunately did not receive any reply.

“The purpose of the letter is to form the new government with the majority of the 33 assemblymen.

“We are seeking clarification of the letter as we have the majority to form the new state government.

“We have more than half, 33 out of 65 assemblymen, to form the state government, but we were denied entry,” he said.

Jeffery, who is also the Deputy Tourism, Arts and Culture Minister, said all 33 assemblymen, including Musa, were upset with the ‘no reply’ from the Head of State or its representative.

“I’m also suspicious when we were not allowed to enter Istana and to meet the Head of State,” he added.

After waiting for one and a half hours along Jalan Istana, Jeffery and the 33 assemblymen and their entourage finally left the area at around 5.30pm.

The group have been waiting since 4pm after Shafie decided to dissolved the State Legislative Assembly to pave the way for a state election following a tussle for the Sabah Chief Minister’s post by Musa.

Juhar has consented to the dissolution and Sabah is expected to have a snap election in the next 60 days.

Shafie will however remain as caretaker chief minister for the next 60 days until the Election Commission set the date for the election.

Jeffrey: Why deny us audience with Head of State when we have majority to form new govt? Borneo Post Online.