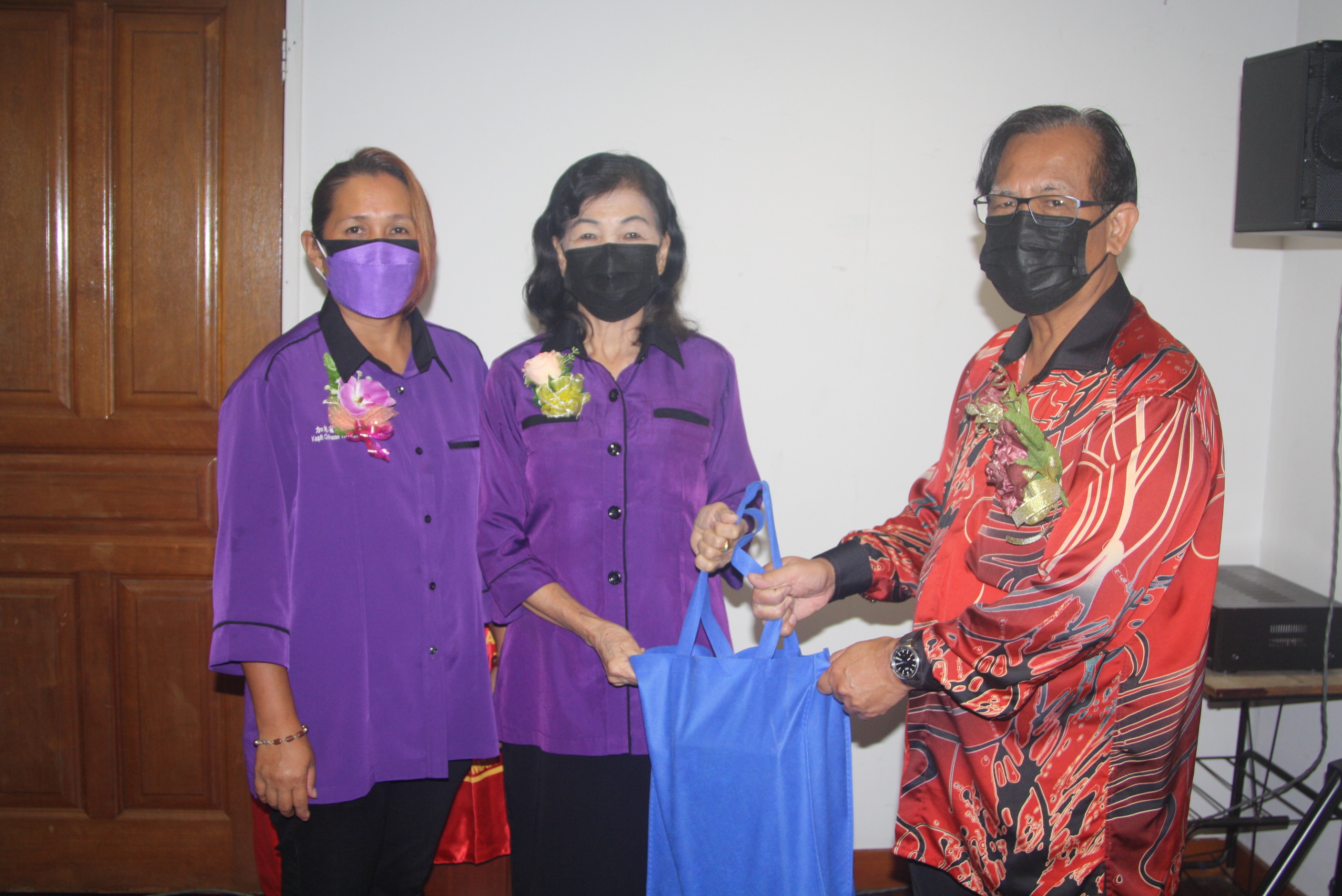 Wong (second left) presents a memento to Jamit (right) during the event while the event’s organising chairperson Yaw See Yiing looks on.

KAPIT (Nov 23): Kapit Chinese Women Association chairperson Penghulu Wong Kie Ing has appealed to the voters, especially the women in Kapit town to give their support to Jefferson Jamit Unyat if he is renominated by Gabungan Parti Sarawak (GPS) to defend Bukit Goram seat in the upcoming state election.

According to Wong, Jamit is a humble, capable and dynamic leader who can be trusted to bring development to Kapit.

“This is the leader that we should support in the upcoming state election,” she said in her speech during the installation of the Kapit Chinese Women Association committee members held at the Meligai Hotel.

Wong said since Jamit became the Bukit Goram assemblyman, he has maintained a close rapport with the local people.

He attended association functions whenever he was invited and allocated the Minor Rural Project funds to support their activities.”

Noting that the public feedbacks on Jamit were mostly positive, Wong appealed to Kapit folk, especially the women to tell their family members to support Jamit if he is fielded by GPS to defend Bukit Goram seat in the coming state election.

“ us vote for Jamit (if he is fielded by GPS to defend Bukit Goram seat) so that he wins with a landslide majority to send a clear message to the GPS leaders that he is our choice,” she said.