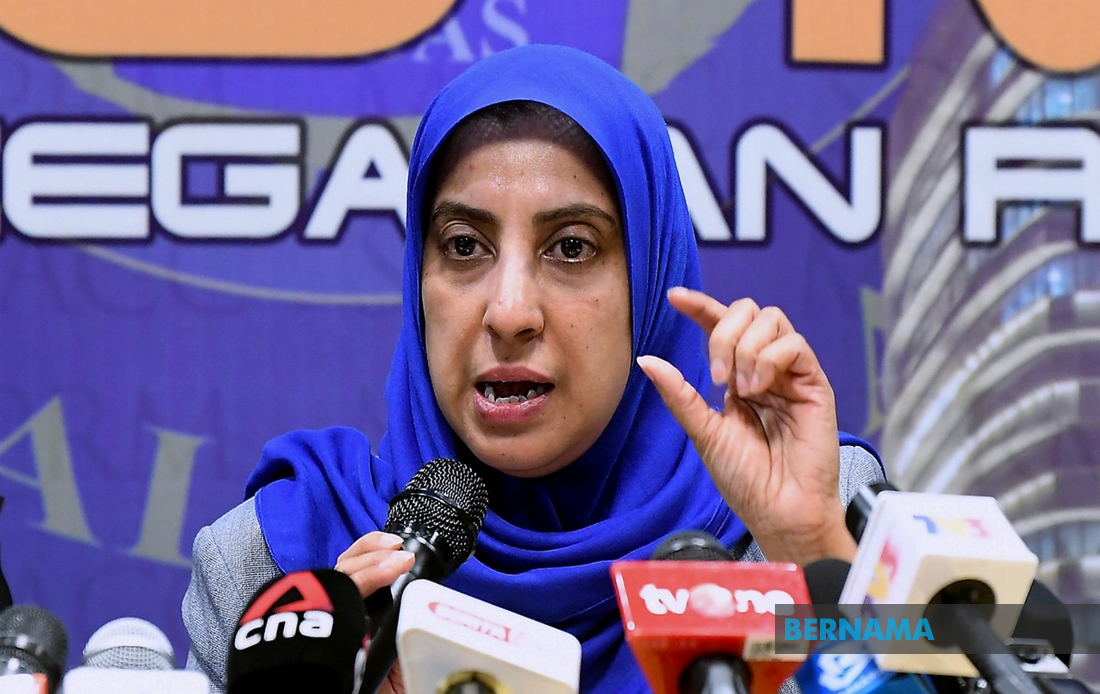 PUTRAJAYA: The Malaysian Anti-Corruption Agency (MACC) has issued an alert to Interpol following the issuance of warrants of arrest against three individuals including fugitive businessman Low Taek Jho or Jho Low, who were charged in absentia in a Kuala Lumpur court on Monday, said chief commissioner Latheefa Koya

“MACC hassent an alert to Interpol for them to be brought back and to secure them in court,” shetold reporters after attending a Symposium on Gender MainstreamingAnd Women Empowerment To Fight Corruption, here today.

According to Latheefa, they were charged in absentia in a Kuala Lumpur court on Monday for criminal conspiracy related to abetments in thelaundering ofUS$69million.

In the applications, the MACC also filed charges against Jho Low,Tarek Obaid andPatrickMahony under the Anti-Money Laundering, Anti-Terrorism Financing and Proceeds of Unlawful ActivitiesAct(AMLATFPUAA) 2001 and the MACC Act2009, for the purpose of obtaining the warrants of arrest againstthem.

She said it was part of MACCs ongoing recovery-cum-investigation on the 1Malaysia Development Bhd (1MDB) and SRC international.

She said the MACC laws were adequateto charge any non-Malaysian if any act of bribery happened in Malaysia.

MACC could also charge any Malaysian and permanent resident as well if an act of bribery took place abroad, she said. – Bernama