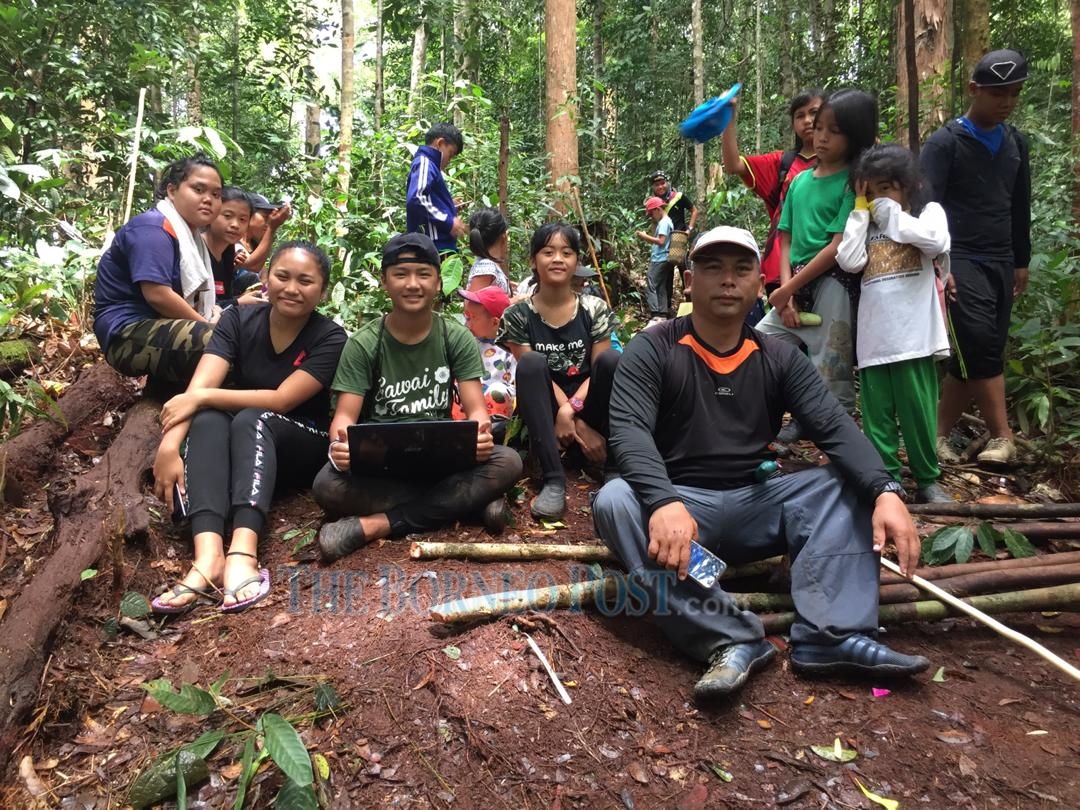 Sambau (seated, right) seen with a few of the students and their family participating in the activity recently. – Photo provided by Sambau

“Whilst the strategic action plan to construct telecommunication towers in non-commercial viable areas is an ongoing process, SMA has already put in place interim solutions to resolve connectivity issue as highlighted.

“It shall be noted that the mandated procedures will be complied with before rolling out the solutions,” said SMA in a statement today.

SMA said it is fully aware of the state’s connectivity issues which had been made worse by Covid-19 pandemic and the respective movement control orders.

As such, it said the Saluran 200 plan would see the deployment of Very Small Aperture Terminals (VSAT) to targeted areas so that school children in rural areas would get minimal disruption to their education.

“SMART is one of the state’s intervention efforts to reduce socio-economic divide of our rural communities. The construction of the first 300 telecommunication towers is now at 67 per cent completion,” it added.

On Wednesday, Sambau Dugat, a teacher of SMK Lubok Antu, said he recently led a group of primary and secondary students from his village in Nanga Sumpa and nearby Nanga Jambu in Lubok Antu on a jungle trek just for good internet coverage.

He told The Borneo Post that the one-way journey from the village to where they could finally hook up to the internet alone was about two hours and 30 minutes.

“Internet coverage is a major issue in my area as the village where I am from does not have good internet facilities at the moment. Students from my village need it to help them in their studies.

“In this modern era, the internet is very crucial for students which is why they need to find places with good internet coverage, which in the case for the students from my area is very far away from home,” he added.