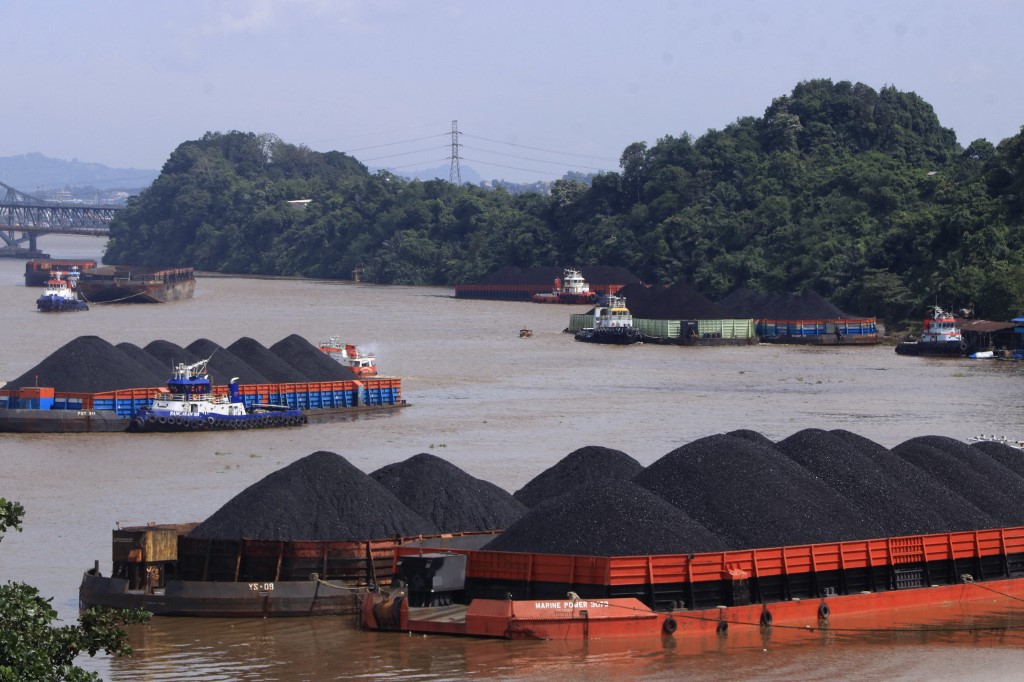 Piles of coal are seen transported on barges in Samarinda, East Kalimantan in January 11, 2022. – AFP photo

JAKARTA (Jan 13): Indonesia, the world’s largest thermal coal exporter, said it will allow some operators to resume shipping out the commodity, a senior minister said today, pointing to a relaxation of a ban decreed on January 1.

Thirty-seven vessels loaded with coal have already been released for export as of Wednesday, according to a statement by coordinating Minister Luhut Pandjaitan.

Indonesia’s export ban was imposed after coal miners failed to meet their obligations towards the domestic market and state electricity company PLN warned of looming blackouts.

The minister said companies that have met the requirements to sell a portion of their 2021 output to the state electricity company for domestic power generation would be allowed to resume exporting.

But fines will be imposed against operators who had failed to meet their contractual obligation to PLN.

The relaxation was allowed after the domestic coal reserve for power supply reached a safe level, he said.

The ministry said it is currently making an assessment of companies’ contractual obligations fulfilment and would announce soon which will be allowed to resume exports. No indication was given about the time the process will take.

“I demand that this should be supervised closely so this could serve as a momentum for all of us to fix the governance in our country, so things like this won’t happen again,” Pandjaitan said in a statement.

Indonesia announced it would ban shipments of coal used in power generation for a month starting from January 1, sending markets into panic.

The decision was imposed after coal miners failed to meet their obligation to set aside 25 percent of output for the domestic market, putting some 10 million customers at risk of widespread blackouts.

Coal producers have little incentive to sell coal on the domestic market where the price is capped at $70 a metric tonne — far below global prices.

The ban sent the market price soaring and several countries depending on Indonesia’s coal urged the government to reconsider its decision.

Japan and the Philippines warned the ban would seriously affect their economies. – AFP