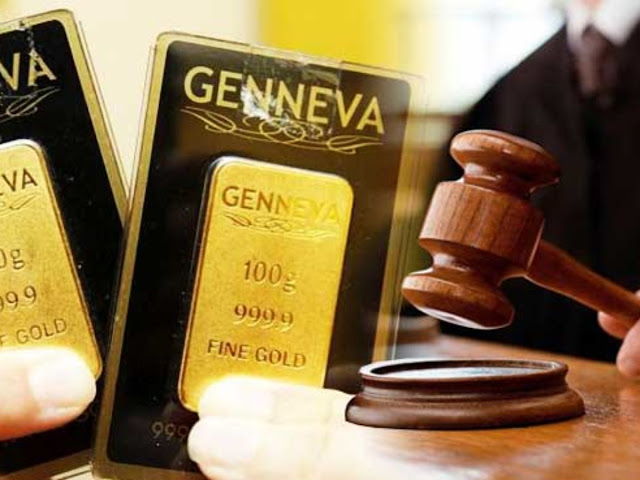 KUALA LUMPUR: Eight individuals involved in the gold investment firm Genneva Malaysia Sdn Bhd scandal in 2012 were today sentenced to between four and nine years jail by the High Court.

This was after they were found guilty of more than 1,000 counts of money-laundering and illegal acceptance of deposits from the public.

They were also fined between RM1 million and RM3 million.

Genneva Malaysia and two other companies namely Success Attitude Sdn Bhd and Ng Advantage Sdn Bhd which were also found guilty of the offences were fined between RM1 million and RM5 million.

The sentences were meted out by Judicial commissioner Datuk Ahmad Shahrir Mohd Salleh after he allowed the prosecution's appeal against the Sessions Court's decision which acquitted and discharged all the of them in 2017.

In convicting all the accused and the companies, Ahmad Shahrir found that they were engaged in an illegal deposit-taking scheme which was disguised as a gold investment firm.

According to the money-laundering charges, Genneva Malaysia, Tan, Lim, Ng, Philip and Ahmad Khairuddin were accused of 12 counts of possessing, transferring, receiving and obtaining money worth almost RM12 billion through illegal activities via a cheque which was banked into their personal accounts.

The charge under Subsection 6(4) of the Banking and Financial Institutions Act (Bafia) carries a maximum RM10 million fine and 10 years jail or both if convicted.

The charge under Section 4 (1)(a) of the Anti-Money Laundering, Anti-Terrorism Financing and Proceeds of Unlawful Activities Act (AMLATFPUAA) 2001 carries a jail sentence of five years or a fine or both, if convicted.

In mitigating for leniency, counsel Gooi Sooi Seng who represented Tan, Lim, Philip, Marcus, Chiew and Yao said his clients were made to understand that it was a proper and legal scheme which did not require any license.

"They (accused) who were directors and managers were aware that the company had engaged a legal advisor for the scheme and they were made to understand that no license was required and that the scheme was proper and legal.

"They had even engaged a qualified professional legal practitioner to draft the agreement," he said.

Gooi said testimonies throughout the trial had shown that all depositors were given a piece of gold which was equivalent to the amount of the purchase price that were negotiated.

On top of that, he said the depositors were given a certificate of ownership over the piece of gold.

He added that transactions were done by way of cheque which showed the element of transparency.

"We pray that in view of all this circumstances, a sentence of fine is sufficient,"he said.

Meanwhile, Bank Negara Malaysia deputy public prosecutor Alvin Ong argued that the court should consider public interest and the aggravating factor in the case in sentencing.

He said the case involved a huge amount of money which is an important consideration for a higher sentence adding that a custodial sentence is sufficient.

"Although it is described as a technical offence, it is no less than serious.

"Imposing a high sentence would lead to the public opinion that the court take this offences seriously and not lead to potential offenders," he said.

The court then ordered for their jail sentence to run from today and ordered them to serve another two years jail if they failed to pay the fine.

However, the court allowed their lawyers' apllication for a stay of execution pending their appeal at the Court of Appeal.

Since they were previously acquitted and their bail money returned, they now have to post between RM100,000 and RM1 million bail to be released until the disposal of their appeal.