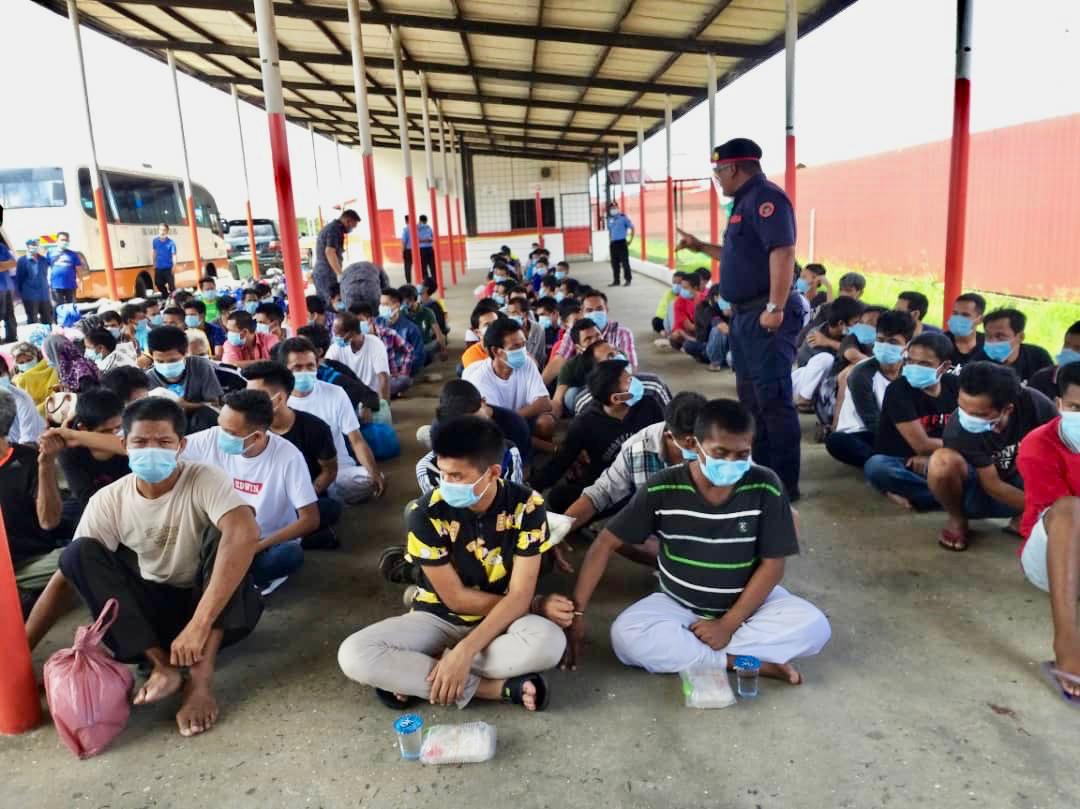 The illegal immigrants waiting for the ferry at Tawau port to take them to their home countries, yesterday.

TAWAU: A total of 134 illegal immigrants from Indonesia and the Philippines were deported yesterday, and another 133 people will be deported on June 26.

Sabah National Security Council Director, SH Siti Saleha Habib Yussof in a statement yesterday said the deportation of illegal immigrants in collaboration with the Immigration Department of Malaysia (JIM) had resulted in a total of 595,193 illegal immigrants being deported to their countries of origin since 1990.

All of them were detained at the Temporary Detention Center (PTS) here and sent back by sea from Tawau port to Nunukan, Indonesia, between June 24 and 26, she said.

She said this year alone a total of 3,936 illegal immigrants from India, China, Pakistan and Vietnam had been deported by JIM Sabah.

In light of the global Covid-19 pandemic, all deportees would be screened before deportation to prevent the spread of the vuirus, she said.

In addition, she said social-distancing would also enforced during the process.

Malaysian National Security Council would like to express its gratitude and appreciation to all the agencies involved, she said.

“Indeed, the role of all agencies is a key factor in the success of the eviction process.

“The council also expresses its deepest gratitude to the Indonesian government for its excellent cooperation in the various deportation.

“Their actions reflect the high level of accountability and concern for the well-being of their citizens,” Siti Saleha said.

Meanwhile, the Philippine Government through its Embassy in Kuala Lumpur has also responded positively to the deportation of Filipino detainees at the Temporary Detention Center (PTS).

“As a result of the good cooperation provided by them, the deportation of Philippine detainees will also be carried out in the future,” she said.

Enforcement actions against PATI would always be in place and this is in line with the government’s efforts to reduce the existence of illegal immigrants in Sabah, she added.

However, she said the government’s efforts alone would not succeed if the people would not play their part.

“PATI will continue to remain in the state as long as the community still employs PATI workers, protects PATI and prevents PATI’s entry into Sabah,” she added.