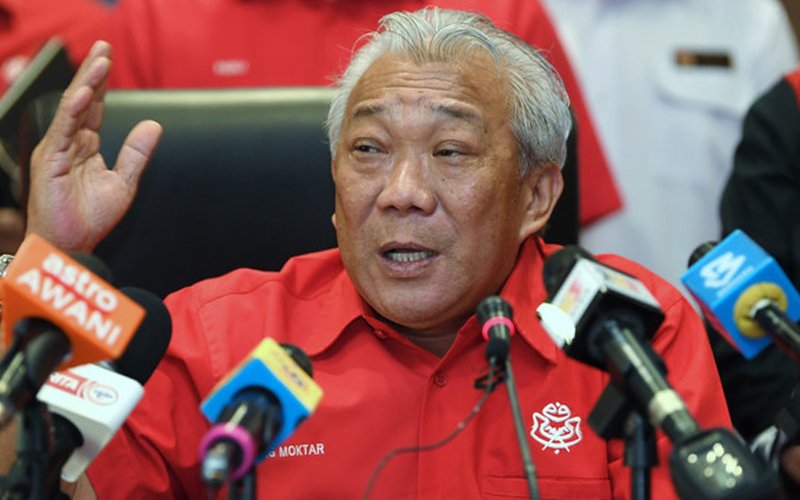 KOTA KINABALU: The water shortage in Kota Kinabalu, particular in Sepanggar, is not new and has been occurring since 2013.

The condition worsened in 2018 following the fast development which includes the creation of a new residential area in the constituency, said Deputy Chief Minister Datuk Seri Bung Moktar Radin.

He said that due to the vast development in the area, the supply of treated water there can no longer accommodate the growing demands from the people.

“Several factors have also jeopardised the water supply, among them the pollution of the river whereby the water cannot be processed because the plant had to be closed,” he said.

In addition, maintenance work on broken pipes and other technical issues had to be carried out resulting in the poor chanelling of the treated water, he said in reply to the claim made by Sepanggar member of parliament Datuk Mohd Azis Jamman recently.

Azis alleged that the Sabah Water Department had not helped to channel water assistance to the affected population.

Bung who is also Works Minister, said that the Sabah government had not ignored the issue which involved the people and had taken proactive steps to address it.

He said that the government had decided to implement the recovery plan which will take place in stages.

“This is one of the proactive steps taken to address the water shortage issue in Sepanggar and for the first phase, the implementation will be done immediately this year.

“This involves the dissemination of water supply to those affected while waiting for the Telibong Phase Two Water Treatment Plant to be completed fully.

Bung also called on Azis to not use the issue to gain political mileage.

“The claim that the Water Department has not assisted is a lie. I personally went to see the affected places and have requested the developers to increase the number of water tanks to be used as stocks but this was not implemented by the developers,” he said.

On Azis’ claim that he has to rent lorries to send water to the people of Sepanggar, Bung replied that it was Azis’ responsibility as the MP for the area.

“He has to look after the welfare of the people there,” he said.

Azis has urged the Gabungan Rakyat Sabah (GRS) government to think outside the box and help the people of Sepanggar who are without clean water supply for over a month.

He said that although the government had dispatched one to two water trucks, it was not enough.

Some of the villagers have resorted to using used water bottles to keep the water as they do not have water tanks at home, he said when going around the housing areas in his constituency to distribute water to the residents in the past few days.