Dec 7 hearing of Najibs application to strike out bankruptcy notice 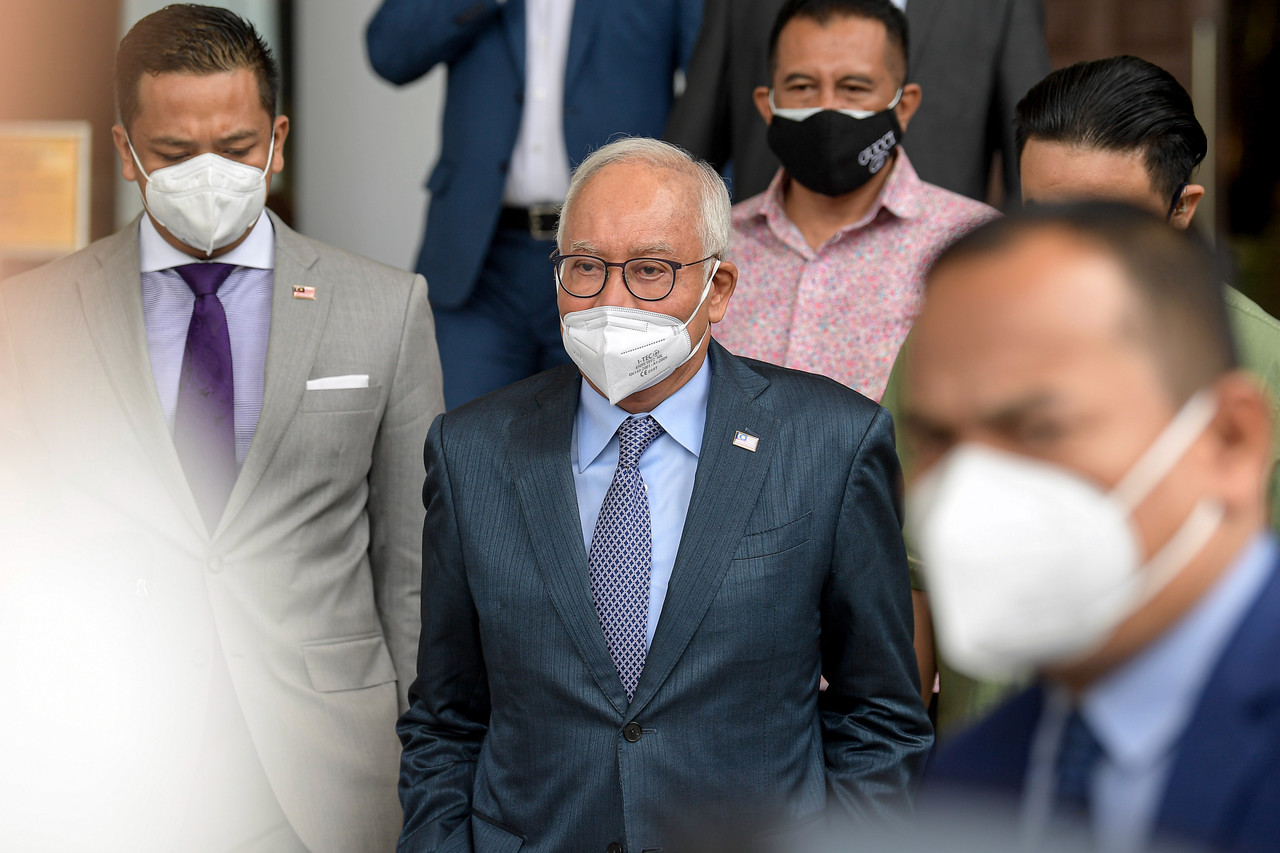 Najib filed the application claiming that the notice issued by IRB on Feb 4 this year was mala fide, onerous and an abuse of the court process. – Bernama photo

KUALA LUMPUR (Aug 27): The application of former Prime Minister Datuk Seri Najib Tun Razak to strike out a bankruptcy notice issued against him for failing to pay additional tax arrears of RM1.69 billion to the Inland Revenue Board (IRB) as ordered by the High Court last year will be heard on Dec 7.

“The same date (Dec 7) is set to hear Najibs application to stay the bankruptcy proceedings while waiting for the disposal of his appeal in the Court of Appeal against the High Court decision or the judgment debtor (Najib) appeal at the Special Commissioners of Income Tax (SCIT) is fully completed, ” said Wee.

Najib filed the application claiming that the notice issued by IRB on Feb 4 this year was mala fide, onerous and an abuse of the court process.

Najib also claimed that the notice was part of a political conspiracy to destroy his political career.

The government, through IRB, filed the bankruptcy notice at the High Court on Feb 4 this year against Najib as the debtor.

On July 22 last year, the High Court ruled that Najib had to pay IRB RM1.69 billion in additional tax arrears for the period 2011 to 2017, after allowing IRB’s application to enter a summary judgement against him.

A summary judgement is when the court decides a particular case summarily, without calling witnesses to testify in a trial.

According to Section 103 (2) of the Income Tax Act 1967, a person ordered to pay the assessment has to settle the payment to IRB even if an appeal has been filed. – Bernama