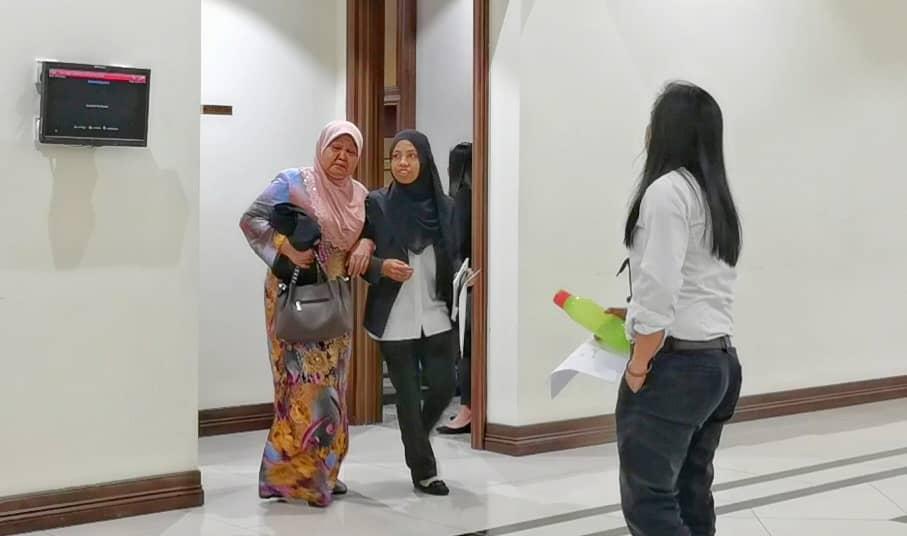 Margreth (left) leaving the courtroom while being escorted by MACC personnel.

KOTA KINABALU: A headmistress of a primary school in Sipitang was charged at the Sessions Court here yesterday with using her position for gratification involving her son’s company in implementing Rancangan Makanan Tambahan (RMT) supply service.

Margreth Francis @ Majidah, 57, who was brought before judge Abu Bakar Manat, pleaded not guilty to the charge read under Section 23(1) of the Malaysian Anti-Corruption Commission Act 2009.

She faces a jail term of up to 20 years and a fine of five times the amount involved or RM10,000 whichever is higher, upon conviction.

According to the charge which was read to Margreth, she was alleged to have used her position as headmistress at Sekolah Kebangsaan Solob in Sipitang, to get gratification by appointing Hakim Enterprise to implement the RMT or food supplement program valued at RM29,580 at the school for the year 2016 through an offer letter.

The company belongs to her son, Hafizul Hakim Abdul Majid and the alleged offence took place at the same primary school on January 7, 2016.

In the proceedings, prosecuting officer Mohd Faliq Basiruddin from the MACC offered RM10,000 bail to the accused in one local surety with additional conditions of reporting herself to MACC office here and to surrender her passport to the court.

Counsel Jacquelene Danica L Vun, who represented the accused, pleaded for a lesser bail sum and informed the court that the accused would retire on February 27 this year.

She also said that her client would give her full cooperation to MACC throughout the investigation process.

The court fixed February 18 this year for pre-trial case management and released Margreth at RM7,000 bail with only RM4,000 to be deposited in a local surety, pending disposal of the case.

Margreth, who is still working as a headmistress at the same primary school, was also ordered not to temper with any of the prosecution witnesses and to surrender her passport to the court latest by January 17 this year as well as reporting to MACC office once every three months.