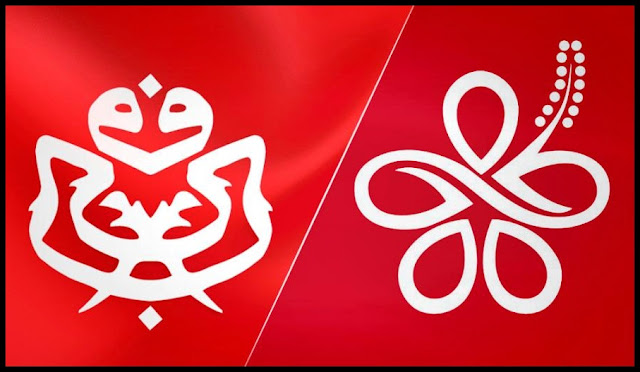 Amid a fractured Perikatan Nasional, a PKR MP has urged Pakatan Harapan to rid its ranks of all internal saboteurs and come up with a clear strategy to face the 15th general election (GE15).
Pasir Gudang MP Hassan Abdul Karim (above) said Harapan stands a good chance at winning GE15, taking into account the dynamics between Umno, Bersatu and PAS.
"Harapan that has a strong and tested leadership; Harapan that has experience in power although only 20 months, enough to identify its strengths and weaknesses.
"Harapan that is multi-racial and multi-religious; Harapan that will emerge with a moderate stand and reform agenda, is the recipe for GE15 success," said Hassan.
He said Harapan should also maintain its current pact of PKR, DAP and Amanah, with no need to take into account the yet-to-be-registered Parti Pejuang Tanah Air (Pejuang) under former premier Dr Mahathir Mohamad's leadership.
At the same time, Hassan said Harapan should look at securing support from East Malaysian parties by clearly making its stand on common issues that affects all Malaysians.
"Whoever wants to form government must get the support of Gabungan Parti Sarawak and Warisan in Sabah.
"What is clear, the pact between Bersatu and PAS in PN will face a tough challenge to be accepted by the people of Sarawak and Sabah," he said.
Taking into account new political dynamics ahead of GE15, Hassan said he believes Harapan will benefit from expected multi-cornered fights against BN, PN and other parties outside the three major coalitions.
Within Umno, Hassan said the party could either emerge as a hero or end up as the biggest loser after GE15.
On the other hand, Hassan said while Prime Minister Muhyiddin Yassin has the advantage of government machinery at his disposal, it is still left to be seen how the public would judge PN for its attempts to retain power during a time of the Covid-19 pandemic.
"It will be interesting to see the stand taken by voters towards the PN government that dares to open night market, cinemas, schools, but is afraid to open Parliament," he said.
He also questioned whether any attempts by Bersatu and PAS to campaign on a platform of Malay-Muslim unity would ring hollow without Umno as the largest Malay-based party.
PAS vice-president Nik Mohd Amar Nik Abdullah earlier today said Umno is expected to lose more seats if the party goes solo in GE15, taking into account its GE14 record of contesting in 121 seats but only winning 54.
BN currently has 42 seats in parliament, with Umno accounting for 38 seats, having lost the remaining of its MPs who defected to Bersatu.
MIC secretary-general M Asojan earlier today said any final decision regarding BN's stand in GE15 will only be made by the BN supreme council, also comprising Umno, MCA and PBRS.