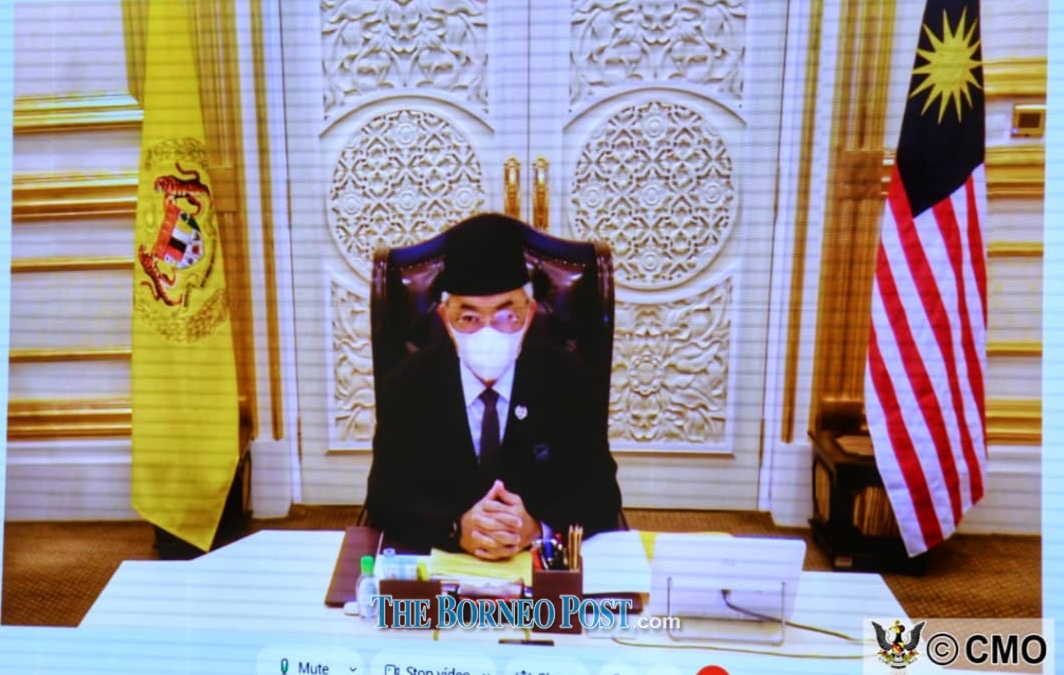 File photo of His Majesty during a recent virtual meeting from Istana Negara with GPS leaders.

A statement from the Chief Minister’s Office said the meeting will be held via video-conferencing at 11am from Chief Minister Datuk Patinggi Abang Johari Tun Opengs office at Wisma Bapa Malaysia.

Muhyiddin arrived at Istana Negara at 7.50am and was seen exiting the palace gates at 8.55am.

On Monday, Malay Mail reported Sultan Abdullah sought to meet with top political leaders to personally ask their opinions as the countrys Covid-19 situation has gone from bad to worse despite the Emergency proclaimed in January.

Singapores Straits Times also reported on Monday that the heads of Malaysias nine royal households are expected to hold an emergency meeting next week to discuss the Covid-19 situation and the state of Emergency in the country.

Citing anonymous senior political and royal household sources, the report said the King will hold the meeting next Wednesday (June 16), following a series of meetings with top political leaders.

Royal household sources told the paper that the Malay rulers meeting will be held after lunch at Istana Negara and was decided a few days ago.

The meeting was reportedly called following to the worsening Covid-19 health crisis, stumbles in the vaccine roll-out campaign, as well as growing calls to end the state of Emergency and to allow Parliament to convene.

The scheduled virtual meeting next Monday between the Agong and GPS leaders will be the second after the first on May 25.

During last month’s meeting, Abang Johari, who is also GPS chairman and Parti Pesaka Bumiputera Bersatu (PBB) president, led GPS leaders to meet with the Agong regarding the tenure of the State Legislative Assembly (DUN) and the coming 12th state election.

The Agong had advised, after looking at the rather worrying Covid-19 situation, for the state government to function as usual with powers under the Emergency Ordinance (Essential Powers) 2021.

The Chief Minister also left it to the discretion of the Agong to decide the appropriate date for the dissolution of the Sarawak DUN together with the Head of State, after receiving advice from the Attorney General, Election Commission, Ministry of Health, Royal Malaysia Police, and the Malaysian Armed Forces.