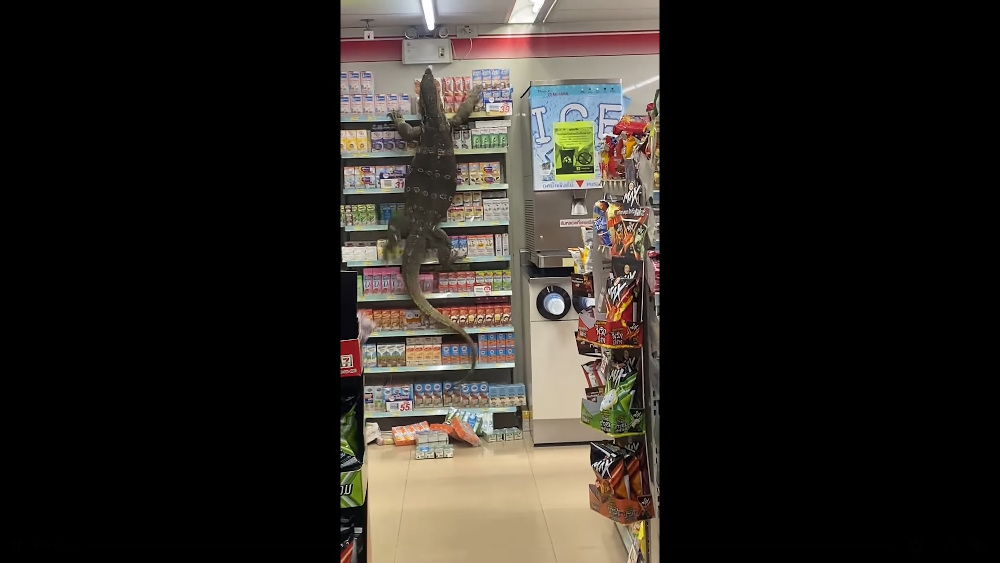 KUALA LUMPUR (April 8): A massive monitor lizard gave Godzilla a run for its money after it wreaked havoc in a convenience store in Bangkok.

The chunky Asian monitor lizard struck fear into the hearts of shoppers when it went on a rampage, climbing up a shelf that displayed cartons of milk, knocking them over.

The four-legged reptiles supermarket escapade was captured in a now-viral clip that has been viewed 5.7 million times on Twitter.

A woman can be heard screaming in Thai, The shelves are ruined, oh my God in the video.

The giant lizard can be seen resting on top of the shelf leaving female customers to shriek and laugh nervously at the unexpected customer.

While it is not known why or how the lizard entered the store, some social media users have speculated that the lizard was seeking respite from the humid temperatures outside.

Nevertheless, the viral clip prompted a barrage of hilarious from viewers.

Whenever youre hungry, visit 7-Eleven, huh? one person said.

The clip even prompted a reaction from the team behindJurassic World, whose upcoming filmJurassic World: Dominionhas been postponed to mid-2022 due to Covid-19.

Native to South and South-east Asia, the Asian water monitor can grow up to eight feet long and is the worlds second largest monitor lizard after Indonesias Komodo dragons.

The scaly reptiles mainly consume fish, frogs, birds and snakes, and while they dont harm humans, the venom they secrete can cause a bacterial infection. — Malay Mail