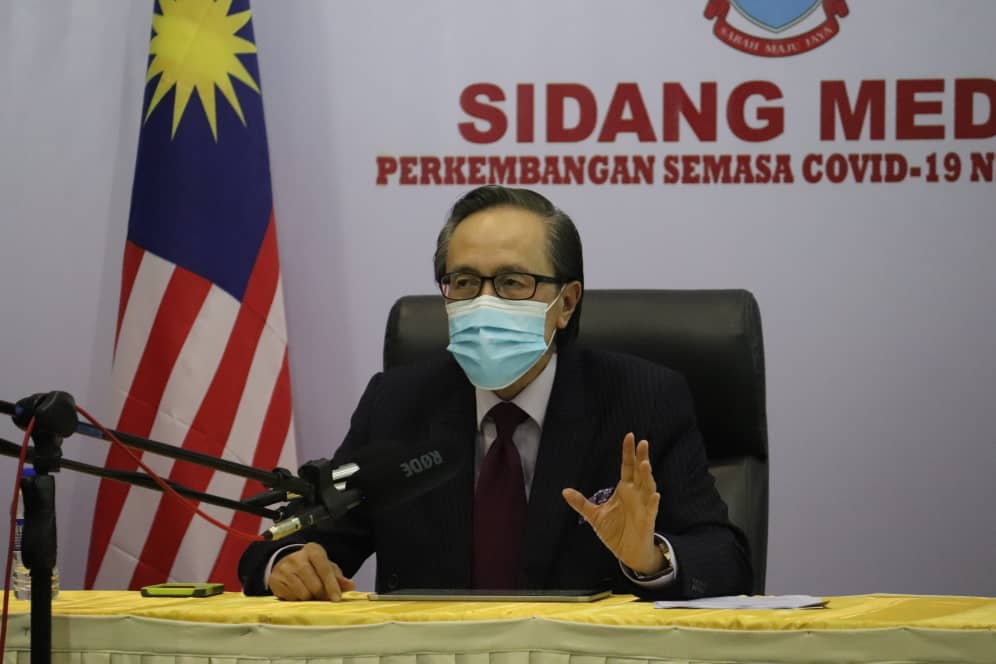 KOTA KINABALU: The index case for community cluster, Kluster Nasakot that was recorded in Ranau on Tuesday was a 40-year-old woman who brought her child, who was also a Thalassemia patient, to the hospital for a ward pre-admission screening.

Local Government and Housing Minister Datuk Masidi Manjun in his daily statement said both mother and child tested positive for Covid-19 on August 20.

Preliminary investigation found that the index case brought her child for transfusion at Ranau Hospital on Aug 3 and ward admission screening was negative.

Therefore, they were discharged on Aug 5 and have only been at home the next day.

However, on Aug 12 the index cases began to show symptoms of fever, flu, loss of sense of taste and smell.Unsurprisingly with symptoms, on Aug 14, the index case had attended a funeral of a family member which lasted for seven days along with almost the entire population of Kampung Nasakot.

Close contact screening was conducted from Aug 21 to 23 and successfully detected four close contacts that became sub-indexes for subsequent cases, he said.

Masidi added the mass gathering during the funeral ceremony triggered an epidemic in the communities of Kg Nasakot and Kg Tanid in Mukim Malinsau.

Of the 95 contacts screened, 31 individuals were detected positive in this cluster including two new cases on Tuesday.

Another cluster that was recorded on Aug 31 was the workplace related Kluster Sawit Jeroco in Lahad Datu that was detected in Mukim Segama.

The index case was a 27-year-old factory worker who tested positive on Aug 26 in a private clinic after showing symptoms the previous day.

The factory management and panel clinic conducted contact screening and targeted screening from Aug 26 to 28 and found 57 individuals tested positive from 215 screenings conducted.

All positive cases in this cluster were referred to the Covid-19 Assessment Centre (CAC) Lahad Datu for further treatment and isolation.

Close contacts have been instructed to undergo quarantine at the factory.

Most of the cases are non-citizens who have not yet received the Covid-19 vaccine. The cause of the infection is still under investigation.