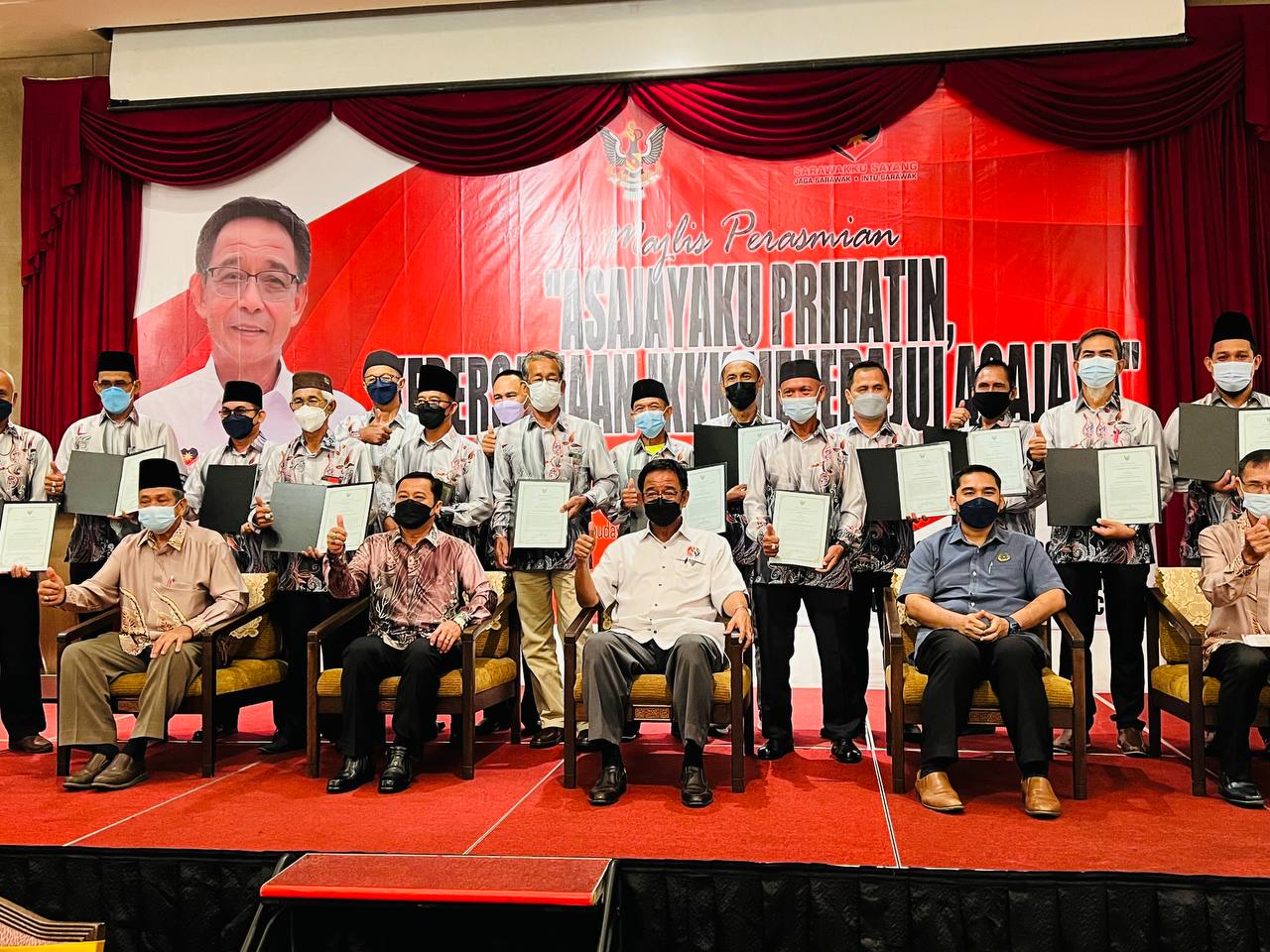 Abdul Karim (seated third left) in a group photo after presenting appointment certificates to community leaders in Asajaya at a hotel in Kuching yesterday.

Speaking to the press after presenting appointment certificates to community leaders in Asajaya at a hotel here yesterday, Abdul Karim remarked that those party-hopping elected peoples representatives had deservingly received their punishment in the Melaka election.

If elected legislative assembly members switched to another political party because their current party was deregistered, I understand because they need a new platform to represent their people.

Abdul Karim, however, said some elected peoples representatives switched to another party solely because of a change in ideologies, like what happened in PSB.

I believe such politicians had faced the consequences of their actions in the Melaka election and there is a big chance those in PSB might suffer the same fate.

He said elected peoples representatives would be betraying the mandate given by the people if they decided to switch to another party once they won the election.

When voters choose a candidate in an election, they are supporting both the candidate and the political party he or she represented.

If these candidates switch to another party after winning, the voters will be very angry. Thats why those incumbents who hopped to another party were defeated in the just-concluded Melaka state election, he said.

Moreover, Abdul Karim added, the landslide victory by Barisan National (BN) had clearly reflected the peoples frustration with political infighting and their desire for a stable government.

What happened in Melaka state election was very interesting. I find it a good and new development because the people were given the power to choose their own government and they fulfilled their right very well.

I have never seen BN and Umno win an election in such style. Despite problems within Umno itself, it still managed to get the peoples support and this showed that the people have confidence in the new leaders and candidates in the election, said Abdul Karim.

On a related matter, Abdul Karim urged community leaders to encourage young people to come out to vote in the upcoming election as a higher voter turnout rate would provide greater legitimacy to the government of the day.

No peoples representative or government would want to be elected based on a low voter turnout rate of between 30 and 40 per cent. Even the 65 per cent turnout rate in Melaka state election was not that satisfactory.

If possible, Abdul Karim added, he would like to see the Sarawak state election record a voter turnout rate of about 75 to 80 per cent.