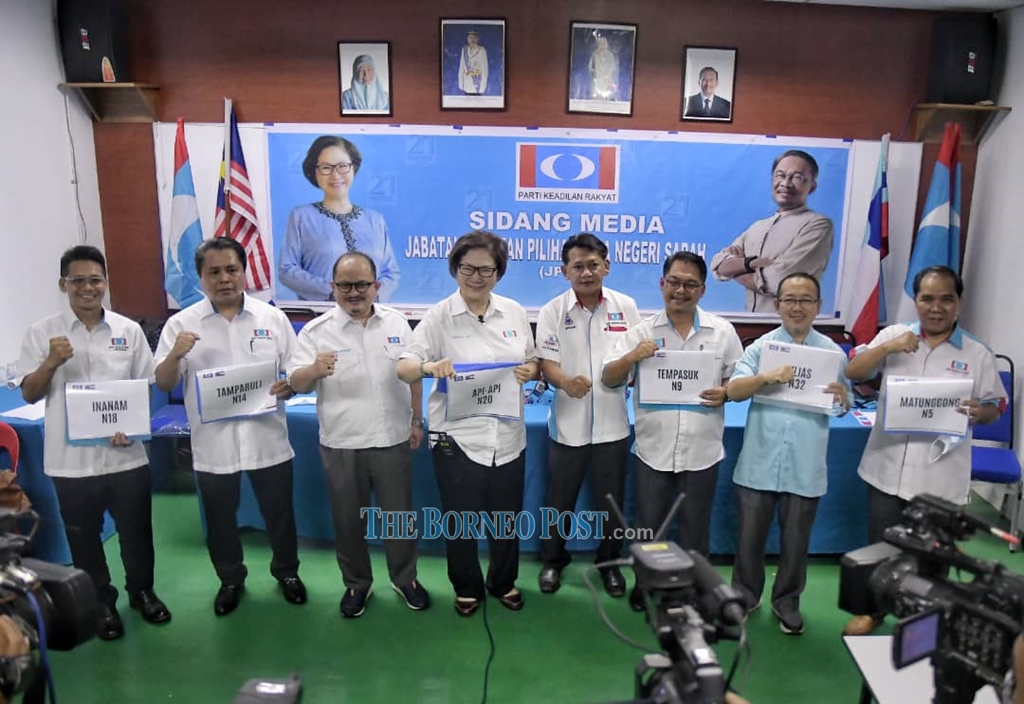 Liew with the PKR candidates and leaders at the press conference today.

KOTA KINABALU (Sept 11): PKR Sabahs focus now is on winning the state election, its liaison chief Datuk Christina Liew said as she declined to go into the disagreements over the distribution of seats among the partys allies yesterday.

She told reporters here that she would not be commenting further on the issue with the seats as winning the election is now the partys priority.

The issue of seat discussion is now in the third phase which is to focus on the candidates winning in their respective seats, Liew said.

Speaking at a press conference after presenting the appointment letters to PKR Sabahs candidates today, Liew said that she would be meeting all the partys state leaders to discuss what needs to be done to move forward.

We are contesting to give the rakyat the opportunity to return the power to the government, she said.