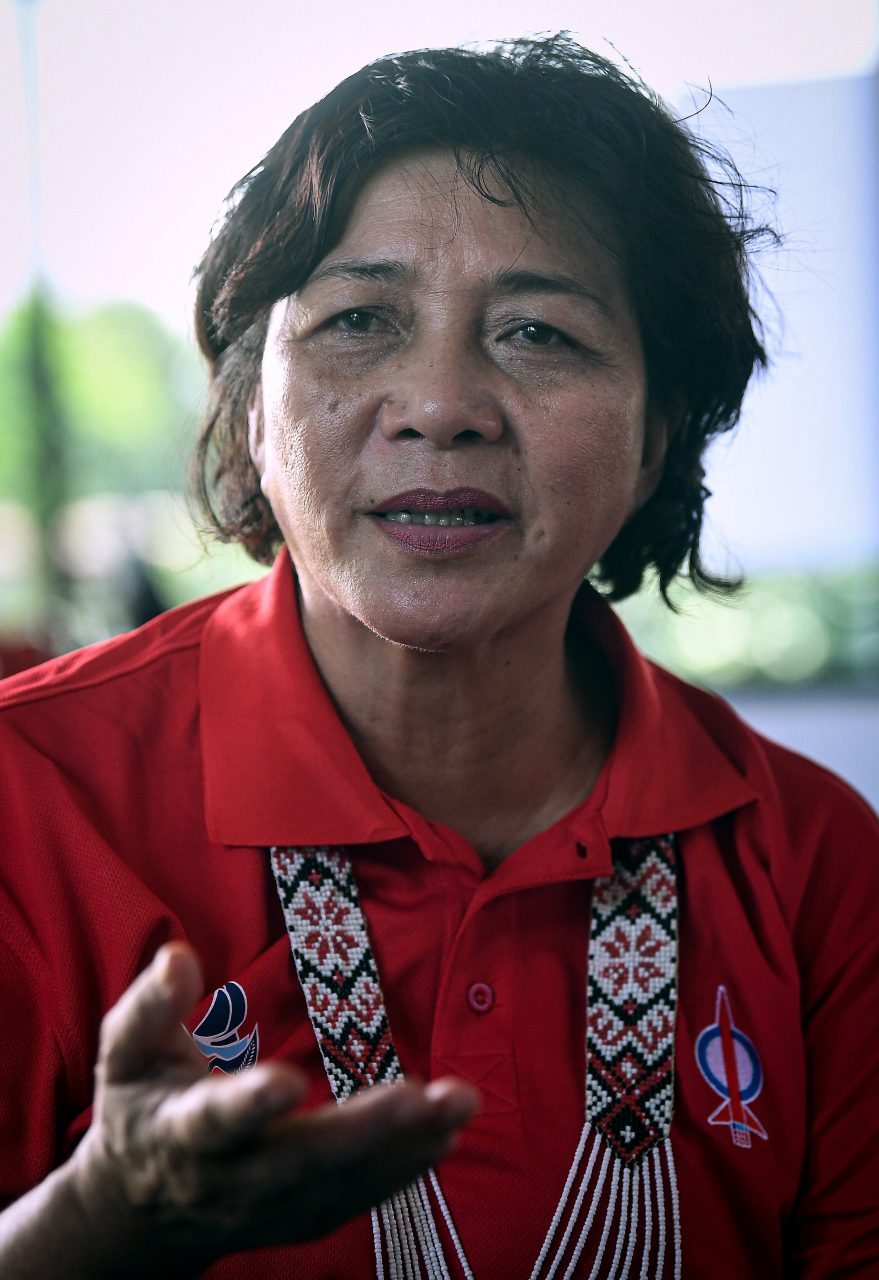 PENAMPANG: Focus on voting for good future governance and not on people who have a “PhD” (doctorate) in stirring the native sentiment for political leverage, urged incumbent Kapayan assemblywoman and DAP Sabah Women chief Jannie Lasimbang.

Lasimbang claimed although the Kapayan voters are clear about their choice of government, many natives in the interior have been angered by the sentiment on illegal immigrant issues planted by people such as STAR president Datuk Dr Jeffrey Kitingan.

“The KDM (Kadazan, Dusun and Murut) here are very clear about the future of Sabah. We are not just talking about Chinese who support DAP, who support Warisan in Penampang. We are talking about the Kadazans of Kepayan and Moyog, they are very clear,” said the former Assistant Sabah Law and Native Affairs Minister after conducting the Customary Activity Workshop: My Village Identity at Dewan Kampung Nagasiba here yesterday.

“Those who just through the back door, those who just want get power is not the government that we want. We want a clean government. We fought for this in 2018. But, of course, I am very worried about the interior, where the sentiment is very strong still.

“We started with PN buying people. What kind of start of national government is that? They started doing that in Sabah. They bought over 14 assemblymen. To me that kind of government only signifies they are just going to use money to get into power. Sorry to say,” she highlighted.

Lasimbang reckoned mistrust that had been induced among the KDMs is the main cause of division.

KDMs, not here in Penampang but more of overall, are still controlled by sentiments. The weakness of our Warisan Plus government [in the past]was that we were so busy putting things right, we did not have so much time to address the sentiments that were growing at the ground level, said Lasimbang.

“I know, especially I think STAR has been very good at this, this is Jeffrey’s PhD. If you look at his PhD, that is exactly what he did.

“I think we must understand his mentality, what he is trying to do. He has applied his PhD to the whole of Sabah, unfortunately, and people bought that. Their sentiments, it is not about who is the good government, who would lead us and how we should be stable government,” she lamented.