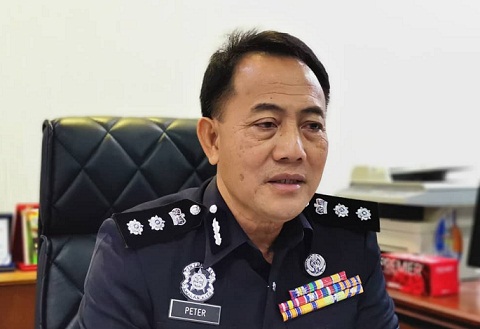 TAWAU: A total of 85 individuals were given a stern warning by district police since the first day of the Movement Control Order 2.0 (MCO 2.0) for not complying with standard operating procedures (SOP).

District police chief, ACP Peter AK Umbuas said in the early stages of the MCO, police still gave flexibility to the community by only issuing warnings.

“PDRM provides leniency until this Friday for the community to understand all SOPs given by the National Security Council (MKN) and the Ministry of Health Malaysia (MoH), he said today.

“After that, PDRM will be stern to any individual who disobeys the MCO, including issuing a compound of RM1,000,” he said.

“PDRM which led the task of Ops Covid-19 also created 22 monitoring teams consisting of policemen and other security forces to ensure that no community disobeys the MCO instructions.

“Besides that, there is also a special integrated team that will be mobilized by the Tawau Disaster Operations Control Centre (PKOB) from various agencies for the assignment of complex issues including related to houses of worship and others,” he said.

He said from the 24-hour inspection report at roads and the monitoring team, a total of 6,262 vehicles and 8,508 people were inspected during Ops Covid-19.

During the period, he said a total of 66 vehicles were ordered to turn-back because they were found to be moving without a reasonable excuse and did not comply with the SOP given.

Commenting on the declaration of emergency from the Prime Minister, he said the Tawau community need not worry because at the district level, police are only focusing on SOP compliance.

Peter said the public are advised to act no later than this Friday if they wanted to move or return to their hometown from one district to another as announced by the senior security minister.

“During that period, due to the concern, Tawau PDRM will provide flexibility for one family in a vehicle of more than two people according to the capacity of the vehicle,” he said.