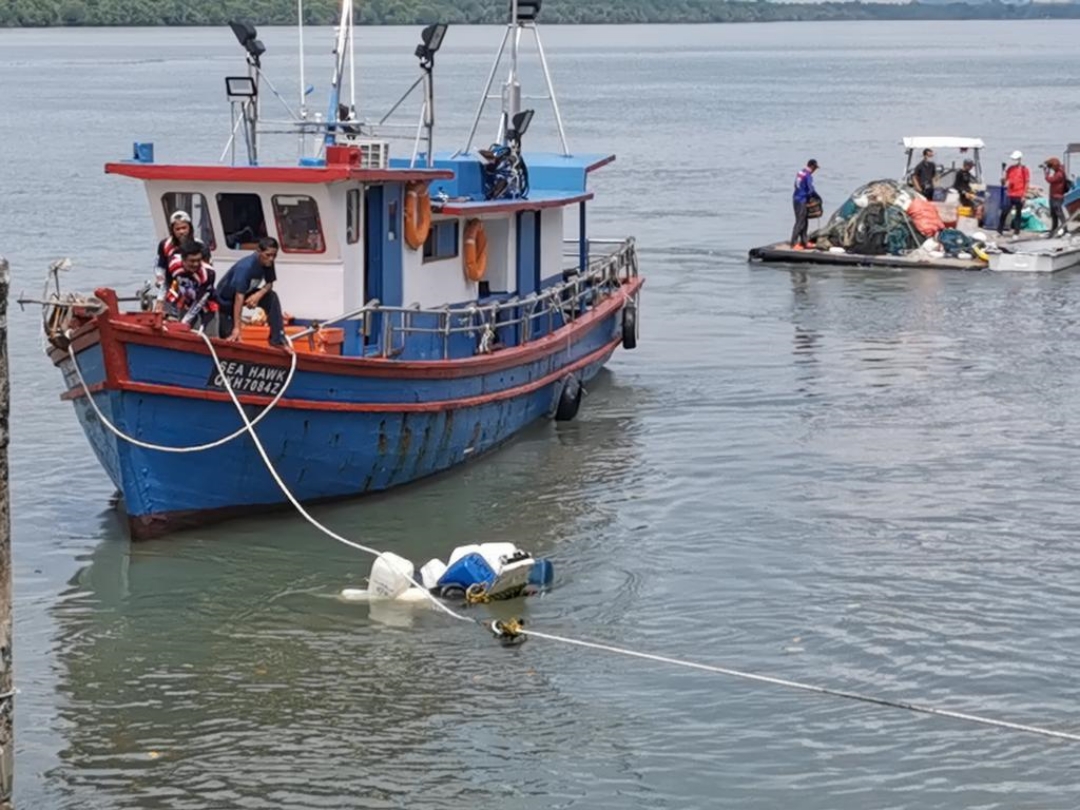 The submerged boat of the missing five anglers being towed by the search and rescue team back to the jetty in Telaga Air on Oct 3. – Photo by Roystein Emmor

KUCHING (Oct 9): A fisherman has claimed that he had stumbled upon a dead body that was floating in the sea on Friday, sparking speculation that it might be one of the five anglers who had gone missing since Oct 1.

However, efforts to locate the body by the Fire and Rescue Department (Bomba) along Sungai Batang Kayan to Batu Mandi in Lundu failed to get any clues.

“We brought the fisherman to the area where he claimed to have seen the body but nothing was found there. We believe that the body might have drifted somewhere else due to the tide,” said Bomba Kuching Zone 1 chief Yusri Basri to reporters.

He also said a report was lodged by the fisherman to Bomba at 8am this morning despite claiming to have seen the body on Friday.

Besides the late report, the fisherman, he said, also failed to mark the location where he had seen the body, which made it difficult to pinpoint the exact location.

He added that the area where fisherman claimed to have seen the body was about 40 nautical miles away from the location where the boat was reported missing near Karang Berumput and Tukun Bass in Santubong.

Those with any information regarding the missing boat are advised to immediately call the emergency hotline at 999 or the Sarawak Malaysian Maritime Enforcement Agency at 082-432544.