First of its kind: prosecution asks for deterrent sentence on Najib 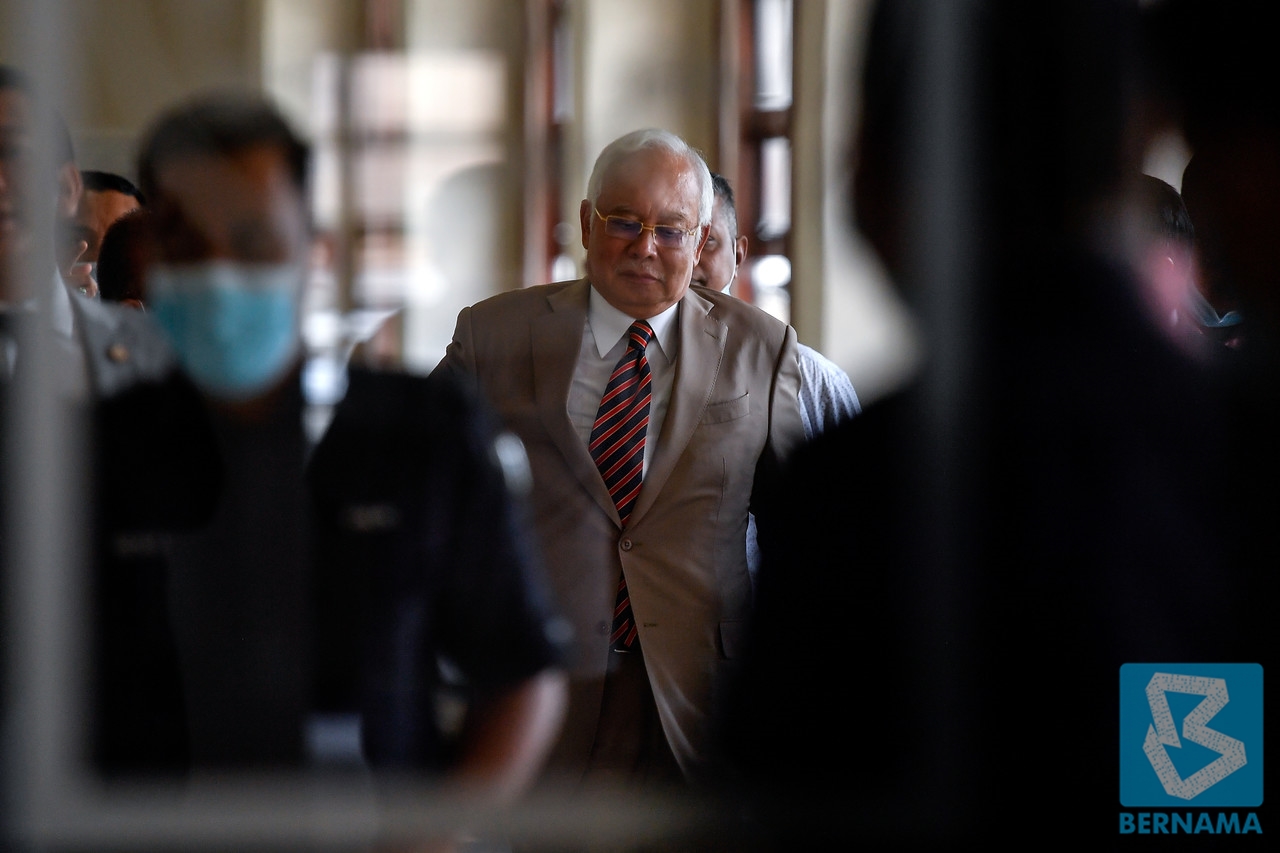 KUALA LUMPUR: The prosecution team wants the High Court to impose a deterrent sentence against Datuk Seri Najib Tun Razak who was found guilty on all seven charges of Criminal Breach of Trust, money laundering and abuse of position because he held a high and powerful office when the crime was committed.

Ad-hoc prosecutor Datuk V. Sithambaramsaid the 1MDB-linked case had also tarnished the country’s image with kleptocracy and the people of Malaysia donot deserve that.

No prime minister nor finance minister have been found guilty of a crime. This is the first,he said in his mitigation.

Sithambaram said the prosecution is seeking a RM210 million fine for the abuse of position offence, approximately five times the amount involved in the crime, and mandatory jail term.

For CBT, the prosecution is seeking jail terms of between two to 20 years and a fine, at the discretion of the court.

For the money laundering charges, the prosecution asks for jail terms of not more than 15 years and a RM210 million fine, approximately five times the amount involved in the crime, said Sithambaram.

Sithambaram submitted that Najib knew about the RM42 million that was credited into his personal bank accounts but did nothing to return the money.

The excuse given was that investigations were underway, but even after the then Attorney-General (Tan Sri Mohamed Apandi Ali) cleared him of wrongdoing, still no steps were taken by him to return the money.

It is abundantly clear that the accused refused to return the money and punishment must be paramount as Najib held a high and powerful office,he said,adding that corruption is widespread in this country and must not be tolerated.

He stressed that Najib oweda fiduciary and moral duty (to the country and the people)but the conviction shows that he failedin this respect.

The court’s sentence should serveas a precedent to all the holders of the highest office on the land. This is a reminder that no one is above the law, he said.

Theseare all (rulings by) judges, not my own sayings. This is how the courts view corruption committed by people holding the highest office,” he said.

Sithambaram moves to the money laundering charges where he said a worst-case scenario has been satisfied.

The accuseds role in SRC International even before it became MOF Inc company, the position he held to direct, sitting in the Cabinet to approve the government guarantees to enable SRC to obtain the loan, the disbursement of the loan, the disbursement of the RM42 million to his accounts for the CBT offences, the utilisation of the finances to commit the AMLA offences,he said.

He further said that if not for the exposure of the crime by the press, the crime may have never been detected.

The attempt to deny the signatures in key prosecution documents, and later backtracking…this makes it the worst case imaginable,he said.

He further said the case is the “first of its kind” and as such, “stands on its own”.

Therefore we ask for fair and just sentence, reflective of the deterrent so it marks a lesson for not only politicians but all public officers, he said. – Bernama