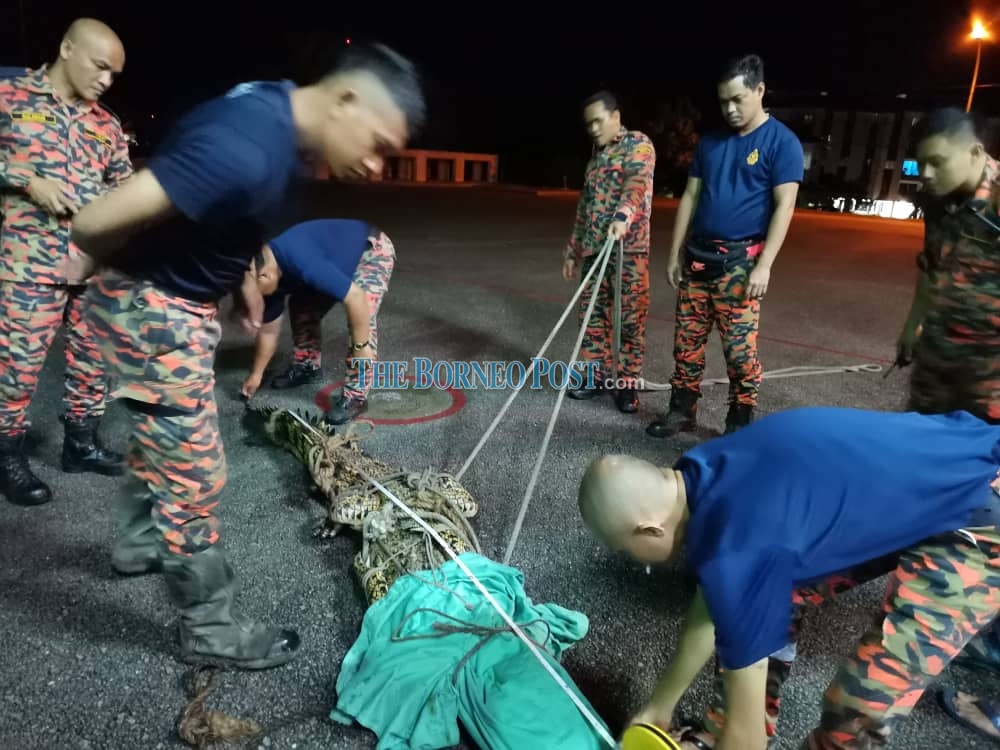 The reptile was believed to have ventured into the village during the high tide and was trapped in the drain when the tide receded.

Upon sighting the reptile at around 8pm, the villagers notified the Saratok fire station, which subsequently responded by dispatching a team of men to the village.

Saratok fire station in a statement said the firemen took about 30 minutes to capture reptile, which were then handed over to Sarawak Forestry Corporation (SFC) for further action. 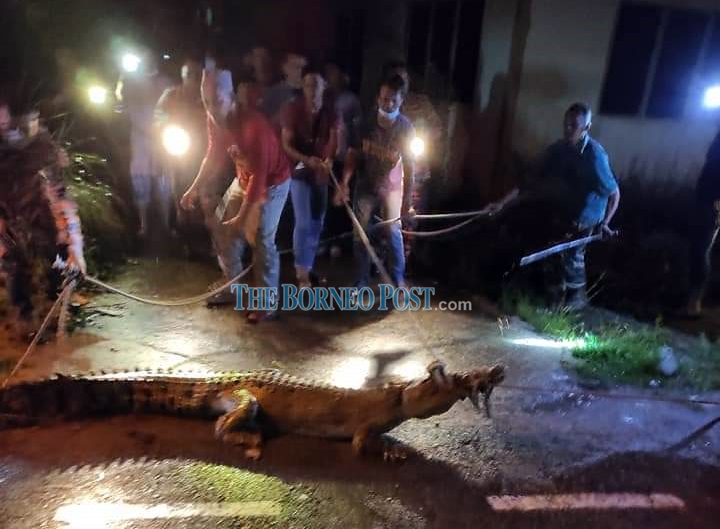 A crocodile captured by firemen in Kampung Hijrah Simunjan.

Meanwhile, the services of firemen were also sought by a villager of Kampung Hijrah in Simunjan to help capture a four-foot long crocodile which showed up in the parking space in front of his house slightly after midnight.

The reptile was also handed over to SFC for further action.