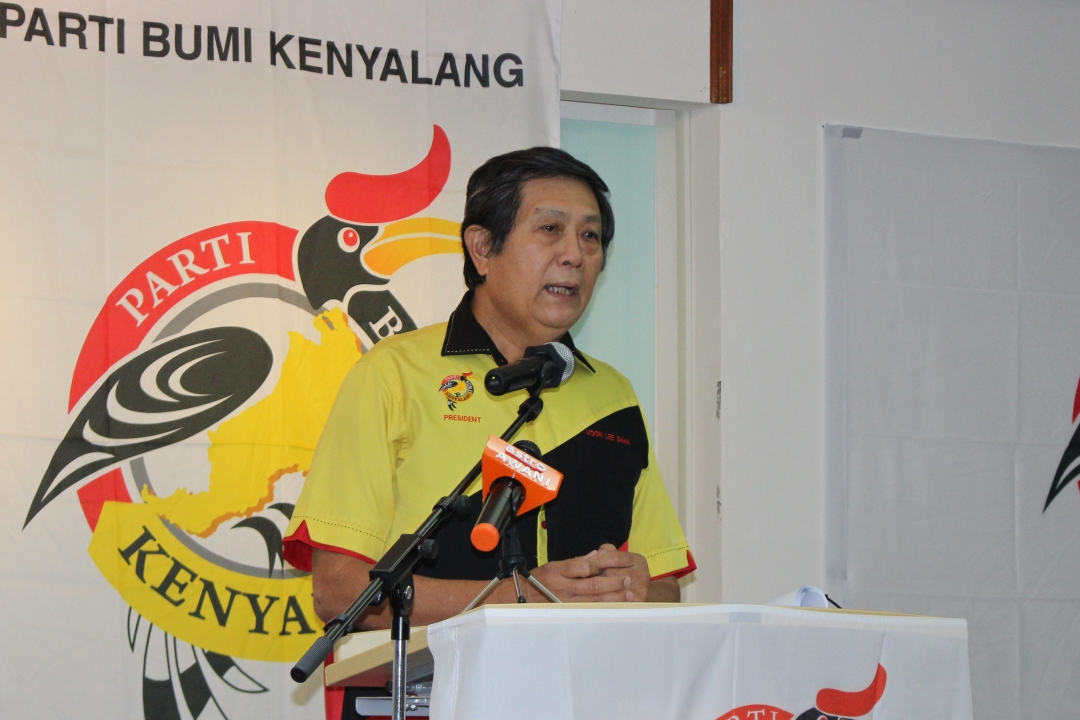 Voon announcing PBKs lawsuit against the governments of Sarawak, Malaysia and the UK on the legality of MA63 on Nov 24, 2021.

KUCHING (Nov 5): Parti Bumi Kenyalang (PBK) is currently finalising the remaining nine candidates out of the 82 constituencies it will be contesting in the upcoming state election, said its president Voon Lee Shan.

A factor in the delay for finalising the candidates for the upcoming state election is due to funding.

We already have candidates who want to contest but funding is an issue, he said, adding all of PBKs candidates are coming up with their own money to stand in the election as the party is not backed by any sponsors.

Voon, who earlier filed a lawsuit on behalf of PBK against the governments of Sarawak, Malaysia and the United Kingdom over the legality of MA63 and the the countrys formation, said PBK is not currently working together with any other party even though there are those who share its cause of seeking independence for Sarawak.

The way they fight for independence is different than ours. They have different ideologies and strategies so with that, we are not able to come to terms on how to fight for Sarawaks independence at the moment.

We have our own way which they dont agree. So, if you dont agree, we cannot bring you on board, he said.

Meanwhile, in Sibu yesterday, PBK secretary Priscilla Lau announced the names of its candidates for the five seats in Kapit Division.

John, a former National Registration Department officer and also ex-private secretary to the late Temenggong Dato Sri Nyipa Bato, will be contesting for the second time in a state election, while the others are first-timers.

Johns first outing was in the 2006 polls on a Sarawak National Party (SNAP) ticket, losing to incumbent Datuk Liwan Lagang in a three-cornered fight.

On his chances of winning this time, he said the political scenario in 2006 was different because Barisan Nasional (BN) was too strong then.

“I fought for a 34km road to be built from Belaga to Bakun. I lost the election but I won in my struggle regarding the road issue.

“When I contested in 2006, former prime minister Datuk Seri Najib Tun Razak came and announced RM150 million to the people in Belaga to build the road.

“This time, I believe many Sarawakians know of PBKs struggle for the state’s independence. I believe God will be us,” he said.

As for Puso, who is a Tanjung from the Melanau sub-ethnic group, he said he will be the first from the community to contest in an election.

The holder of a Bachelor of Science in Electrical Engineering from Mainefield University in the United States, he was formerly a senior technical assistant at Sarawak Energy Berhad and now runs his own electrical company.

Irwan Iskandar meanwhile is a former health, safety and environment manager with an oil and gas company.

“If Ugak is fielded, then he will face his elder brother Koh Kumbong from Parti Sarawak Bersatu.

“The tussle between the two brothers will be an advantage for PBK. Whatever it is, we still have to work hard to woo the voters and win the election,” he said.

The other two candidates announced yesterday, Yunus and Nyambong, are both businessmen.