DAP yet to finalise candidates for key state seats in Sibu 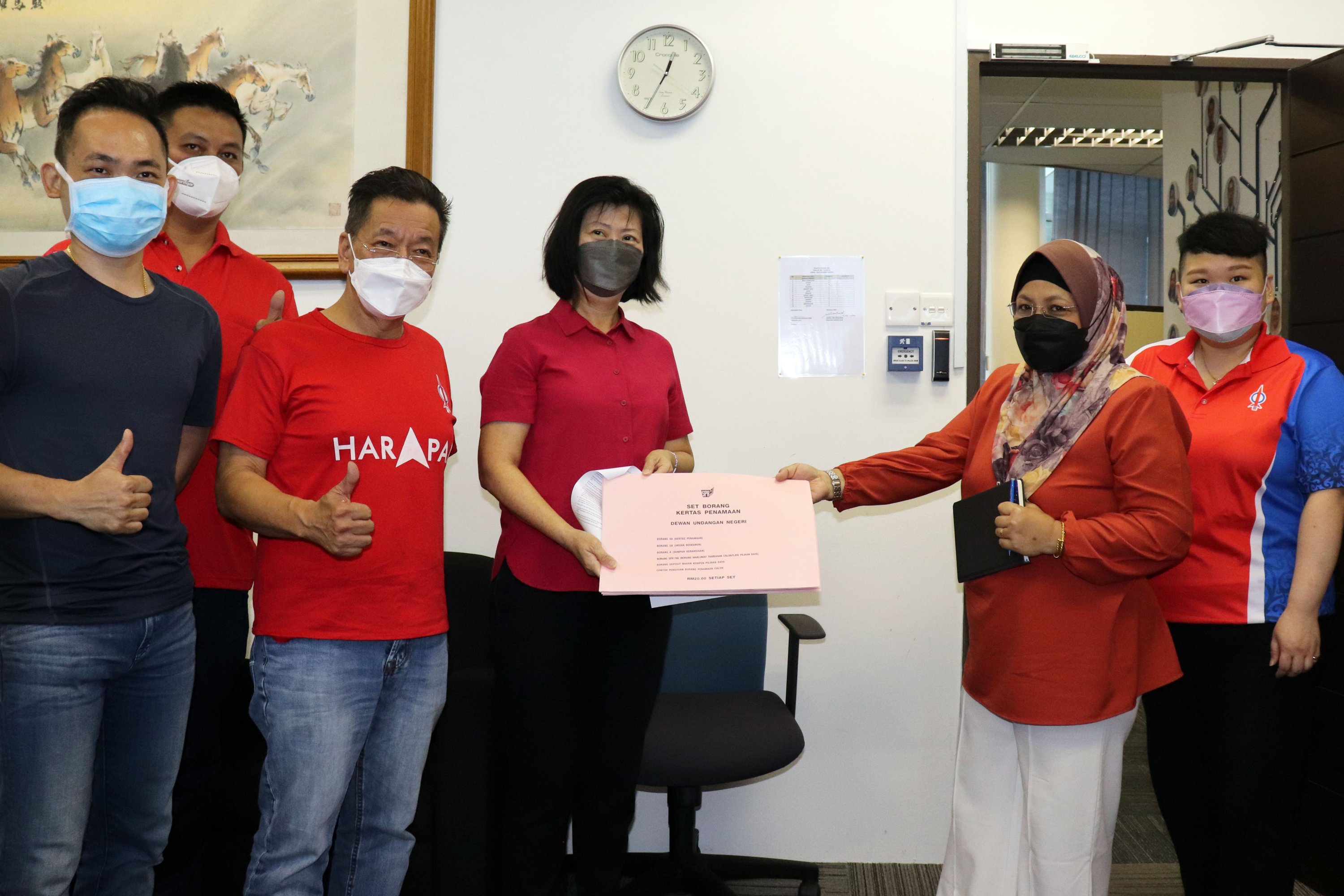 Chang (third right) receives the nomination forms from Salehah, as (front, from left) Ling, Wong and Lau look on. Photo by Conny Banji

SIBU (Nov 23): The Democratic Action Party (DAP) has yet to finalise its candidates for the Bukit Assek, Pelawan, Bawang Assan and Dudong seats.

This was indicated by Irene Chang, the Bukit Assek incumbent, when met by reporters after having obtained the nomination forms for the 12th state election from Sibu District Office administrative officer Salehah Hid yesterday.

She was accompanied by David Wong, the incumbent for Pelawan.

I cannot ascertain where the potential candidates, including myself, would be fielded.

The party (DAP)s top leadership will make the official announcement soon, so at this moment, we ourselves are not sure which seat we will contest.

We are getting ready by purchasing the nomination forms early, she said.

Joining both incumbents were Amy Lau, who is special assistant to Sibu MP, and DAP Sarawak member Philip Ling.

When prompted by reporters to confirm whether or not Dap would field Ling and Lau in Bawang Assan and Dudong, respectively, Wong simply replied: All I can say is that everyone present here today is our partys potential candidate.

It is known apart from Bukit Assek and Pelawan, the DAP is also eyeing Dudong and Bawang Assan seats.

For Bukit Assek, Chang said she would be expecting a multi-cornered fight, including the contender from Gabungan Parti Sarawak (GPS), in the next state election.

From what I know and what we read in the newspapers, Parti Sarawak Bersatu (PSB) and Parti Bumi Kenyalang (PBK) have also made known their intention of contesting in Bukit Assek.

But until nomination day, we can never really know, she said, while hoping that every eligible Sarawakian voter would exercise their right come polling day.

In this regard, she acknowledged that the polls would be held during a pandemic time.

I do believe that the SOP (standard operating procedures) will be strictly followed.

Everyone is concerned about voting under such a situation, but I do hope that they would come out to cast their votes.

It is our future. We have this chance once every five years to choose a state government, she pointed out.