Usno to fight for DPM post for Sabah, Sarawak if victorious in state polls 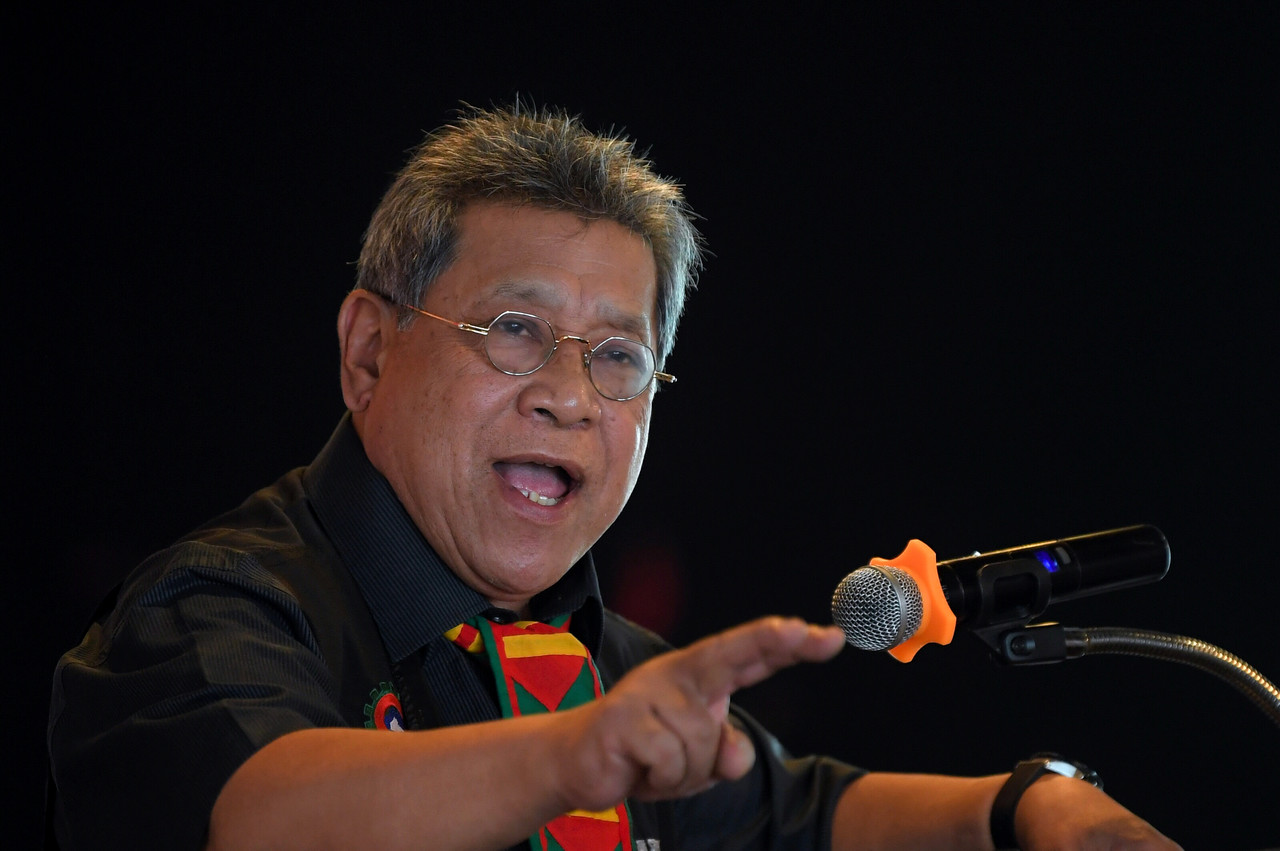 KOTA KINABALU (Sept 16): The United Sabah National Organisation (Usno) will fight for a deputy prime ministers post for Sabah or Sarawak if given the mandate to lead the state government after the Sept 26 election.

This pledge is contained in the partys election manifesto launched by its chiefTan Sri Pandikar Amin Muliahere today.

Speaking at the ceremony, Pandikar Amin said the Usno 2020 Manifesto is divided into two sections — the New Negotiation and New Deal which contain five and eight elements respectively.

He said the manifesto was drawn up based on changes in the atmosphere, thinking and capability of the Sabah society as well as the form of relationship between the Sabah and federal governments in the new millennium.

The Usno manifesto to raise the dignity and well-being of the Sabah people also promises to ensure the appointment of a senior minister from Sabah into the federal cabinet for the portfolios of finance, rural development, education and defence, he added.

Pandikar Amin said Usno also wanted to ensure that all the posts of heads of federal departments and agencies in Sabah be given to Sabahans and that the state Public Service Department be allowed to coordinate these appointments.

The manifesto also outlines Usnos promise to strengthen security for the people and the state, including by ensuring that the issuance of citizenship documents in Sabah be managed and approved by the state government, he said.

Pandikar Amin said Usno would continue to champion the development of infrastructure and basic needs for the people, review petroleum revenue and royalty, and ensure that Sabah is allowed to borrow funds and issue bonds outside the country with federal government guarantees.

On the new deal,Pandikar Aminsaid it includesensuring a clean government that isfree of corruption, with all government dealingsto be based on merit and the needs of the people.

He said the Usno manifesto also pledges to ensure that all taxes in Sabah be collected, managed and distributed by the Sabah Inland Revenue Board before they are shared with Putrajaya.

Usno will also preserve customary land and Sabah Bumiputera rights, apart from ensuring that ethnic culture, language and beliefs be strengthened, among others, through the building of an ethnic school using mother tongue as its medium of instruction, he said.

Speaking to reporters later, Pandikar Amin, a former Dewan Rakyat Speaker, said Usnos demands to Putrajaya as contained in the manifesto are based on the constitution and not the 20-Point or Malaysia Agreement 1963 (MA63).

“My aspiration is, if Usno is fated to rule or form a coalition government, we will then inform the people of the real matters like Usno 2020 demands.

“Our demands are greater. We want to be regarded and viewed as on par with the people in Kuala Lumpur,” saidPandikar Amin, who is contesting in thePintasanseat.

Usno is contesting in 47 of the 73 seats up for grabs in this election, which involves 1.12 eligible voters.

The Election Commission has set Sept 22 for early voting and Sept 26 for polling.

The election was called after Chief Minister Datuk Seri Mohd Shafie Apdal announced the dissolution of the state assembly on July 30, a day after former chief minister Tan Sri Musa Aman claimed to have garnered enough support to take over the state government. – Bernama