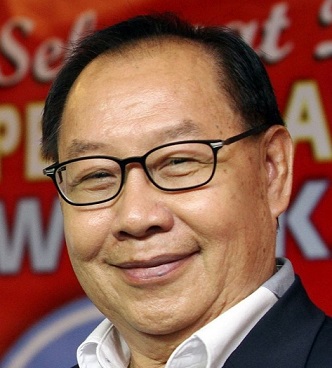 KUALA LUMPUR (Nov 23): The Federal Government is taking a stand not to amend or repeal the Petroleum Development Act 1974 (PDA 1974).

Minister in the Prime Minister’s Department (Economy) Datuk Sri Mustapa Mohamed said all discussions on PDA1974 were temporarily adjourned under the Special Council of Malaysia Agreement 1963 (MA63) to give way to a commercial solution.

Mustapa said this when answering an oral question from Keningau Member of Parliament Datuk Seri Dr Jeffrey Kitingan in the Dewan Rakyat on Monday.

In his question, Dr Jeffrey who is also the President of Parti Solidariti Tanah Airku (STAR) Sabah asked “when will the government take action to repeal the PDA74 Act?”

Dr Jeffrey, who is also Sabah Deputy Chief Minister, stressed that the repeal of the PDA74 Act could return ownership of oil and gas to oil-producing states that Petronas had illegally taken over since 1976.

According to him, the PDA1974 is unconstitutional and invalid because it contradicts the list of States in the Ninth Schedule of the Federal Constitution.

While the Minister of Finance and Senior Minister of Works have been given the mandate to chair the Joint Committee Meeting between the Federal Government, Sarawak State Government and Petronas.

He explained that both parties have completed the signing of a commercial settlement and have signed a Commercial Settlement Agreement on 7 December 2020 witnessed by the eighth Prime Minister and Chief Minister of Sarawak.