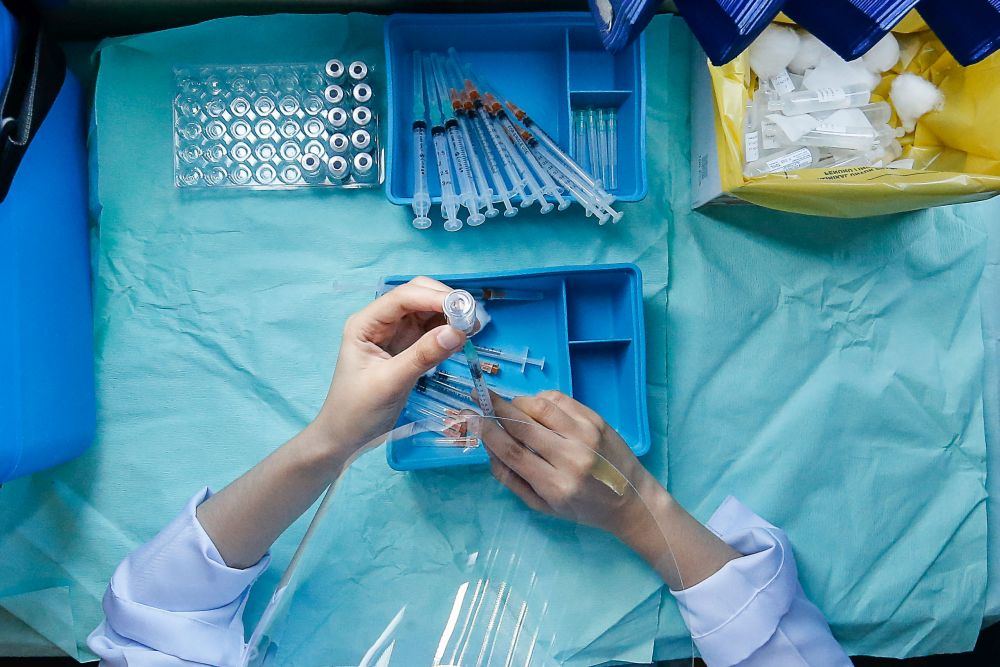 The decision to stop administering Covid-19 vaccines at private clinics is temporary and was taken in order to prepare vaccination centres (PPV) for an influx of foreigners. Malay Mail photo

KUALA LUMPUR (Aug 26): The decision to stop administering Covid-19 vaccines at private clinics is temporary and was taken in order to prepare vaccination centres (PPV) for an influx of foreigners.

The Covid-19 Immunisation Task Force (CITF) said vaccination rates had hit 109.6 per cent in the Klang Valley with at least 86 per cent already administered their second dose.

CITF said the more than 100 per cent numbers were due to the walk-ins from foreigners as well as people from outside of the Klang Valley.

Due to these factors, the CITF made the decision to temporarily halt the use of GP (general practitioners) so we can look closer into factors such as size of the PPV, availability of vaccines, supply of vaccines as well as the number of people who have been vaccinated.

We admit that based on our observations many in the Klang Valley have not been vaccinated. Theres also a lot of new registrations for vaccines on PICK (National Covid-19 Immunisation Programme) through MySejahtera.

As such we needed to plan an approach to enable PICK to operate smoothly which include logistical and operational arrangements, CITF said in a joint statement with Health director-general Tan Sri Dr Noor Hisham Abdullah and Chief Secretary of the Ministry of Science Technology and Innovation Datuk Dr Siti Hamisah Tapsir.

We need specific preparations for the influx of foreigners such signages in various languages, translators and staff who are more experienced in these matters.

Several PPVs that had originally been operated by the Ministry of Health (MOH) were now under the GPs such as the Sunway Convention Centre where from 52,451 doses under MOH it went up to 233,278 doses since the GPs took over on June 21.

In the Klang Valley 3.6 per cent or 438,812 doses have been administered by 760 GP with 54 PPV being handled by the Healthcare Organizers 45 of them came from consortiums, private clinic chains, private hospitals and university hospitals.

Wed like to add that participation of GPs in other states are ongoing. We will also consider for future appointments such as booster vaccines and vaccines for children aged between 12-17.

These operations need detailed planning and we need the experts feedback to form policies for staged approval, the CITF added.

In short, any announcement on GPs future participation in the vaccination drive will be decided in line with what the new directives and plans will be. – MalayMail