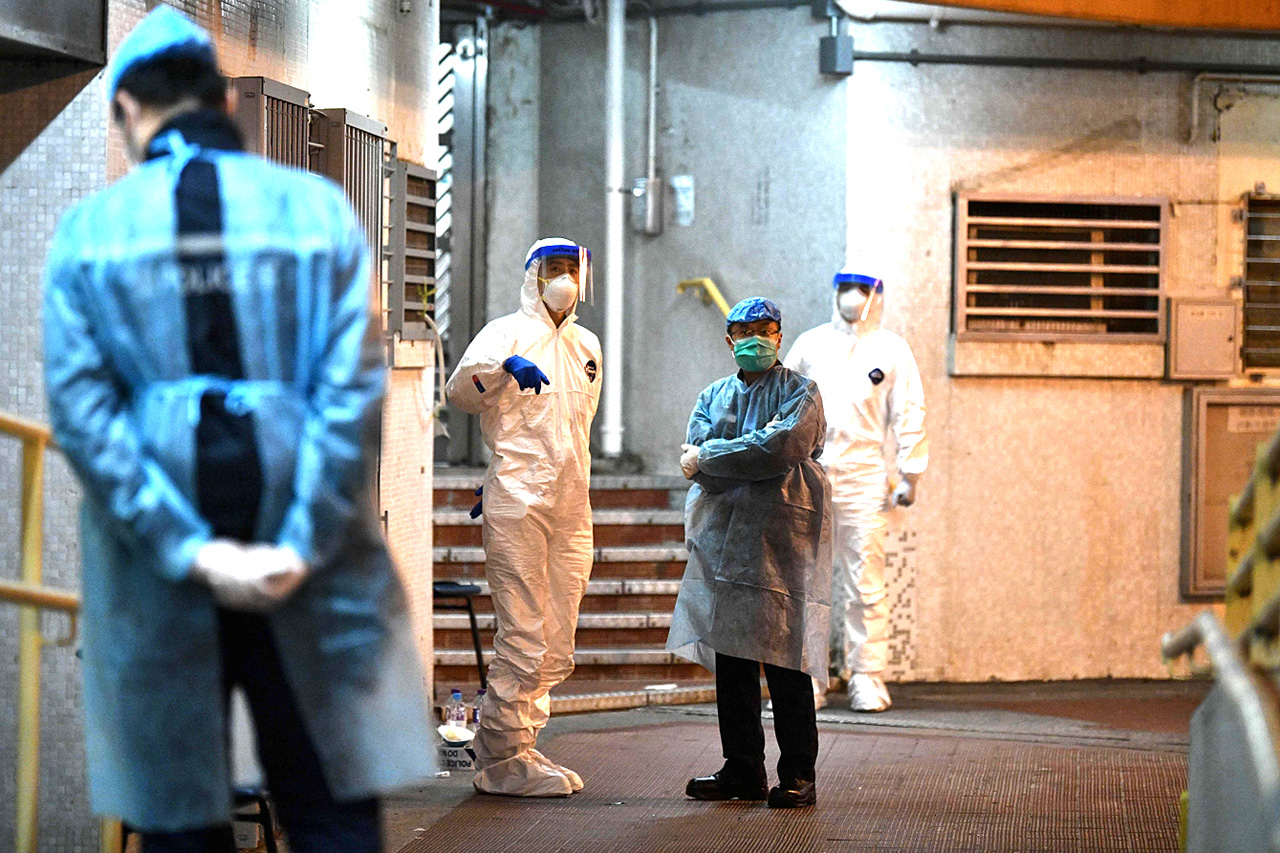 Medical personnels wearing protective suits wait near a s entrance in the ground of a residential estate, in Hong Kong. AFP photo

HONG KONG: More than 100 people were evacuated from a Hong Kong housing yesterday after four residents in two different apartments tested positive for the new coronavirus.

Locals were forced to leave in the early hours as health officials in masks and white overalls scrambled to work out whether the virus had spread through the 35-storey complex that houses some 3,000 people.

Hong Kong is on high alert for any potential super spreader events, especially in the towering housing s that make the city one of the worlds most densely populated places.

During the 2003 outbreak of Severe Acute Respiratory Syndrome (SARS), which killed 299 people in Hong Kong, 42 deaths came from just one housing where about 300 people were infected.

In that outbreak, the virus was found to have spread through faulty drainage pipes.

Officials said yesterdays relocation of residents in Tsing Yi district was a precautionary measure after three members of the same family contracted the virus.

The family lived 10 floors directly below another man who had already been diagnosed as a carrier.

We are not sure what was the exact route of transmission, Wong Ka-hing, from the Centre for Health Protection, told reporters.

It could still be through the usual method of droplets or contact.

Nonetheless the occupants of 35 flats connected to the same drainage system were moved out.

Health secretary Sophia Chan said four residents who showed flu-like symptoms were taken to a hospital isolation ward but later tested negative for the virus. The others were taken to quarantine camps.

Of course Im scared, a 59-year-old resident, who gave her surname as Chan, told AFP.

I live with my son, daughter-in-law, grandchildren and my husband. We seldom go out already because we dont have enough masks. I dont allow my grandchildren to play in the hallway. Now we cant even stay at home. AFP