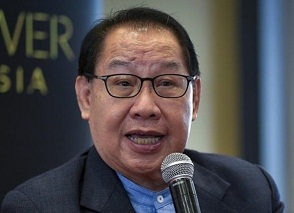 KOTA KINABALU: The Agriculture and Fisheries Ministry plans to demolish squatter settlements in Kampung Unggun that have encroached on the Fisheries Departments land.

In a statement here on Saturday, Deputy Chief Minister Datuk Seri Panglima Dr Jeffrey Kitingan said he has received complaints from the public that the squatters, who are suspected to be illegal immigrants, have been actively subdividing plots to not only build their homes illegally, but also to grow vegetables.

The land in question is a 380-acre plot of land in Kampung Unggun, Manggatal which has been gazetted for the Sabah Fisheries Department.

Since the land has been gazetted for the Fisheries Department, the state government has the authority to take legal action against these intruders under the Sabah Land Ordinance (Cap. 68).

The Kota Kinabalu City Hall can also act in accordance with the Buildings By-Laws or any other applicable rules and regulations on land use, he said.

Kitingan, who is also the Agriculture and Fisheries Ministry, added that the illegal activity seemed to have been going on for a long time as the squatters now number more than 300 homes, spread over 100 acres of the land.

Several police reports have been lodged in the past and demolition exercise have previously been carried out as part of coordinated operations involving the Fisheries Department, the police, Land and Survey Department and the City Hall.

Even the Sabah Electricity Sdn Bhd (SESB) have cut off electricity supply to the illegal settlements but the intrusion has continued.

We need to put our foot down and say enough is enough. Therefore, the ministry will collaborate with the police, the City Hall and the Lands and Surveys Department to conduct another demolition exercise.

At the same time, we must ensure these stubborn squatters do not return or we will face the same problem again in a couple of years, he said.