To encourage vaccinations, more US firms turn to incentives and threats 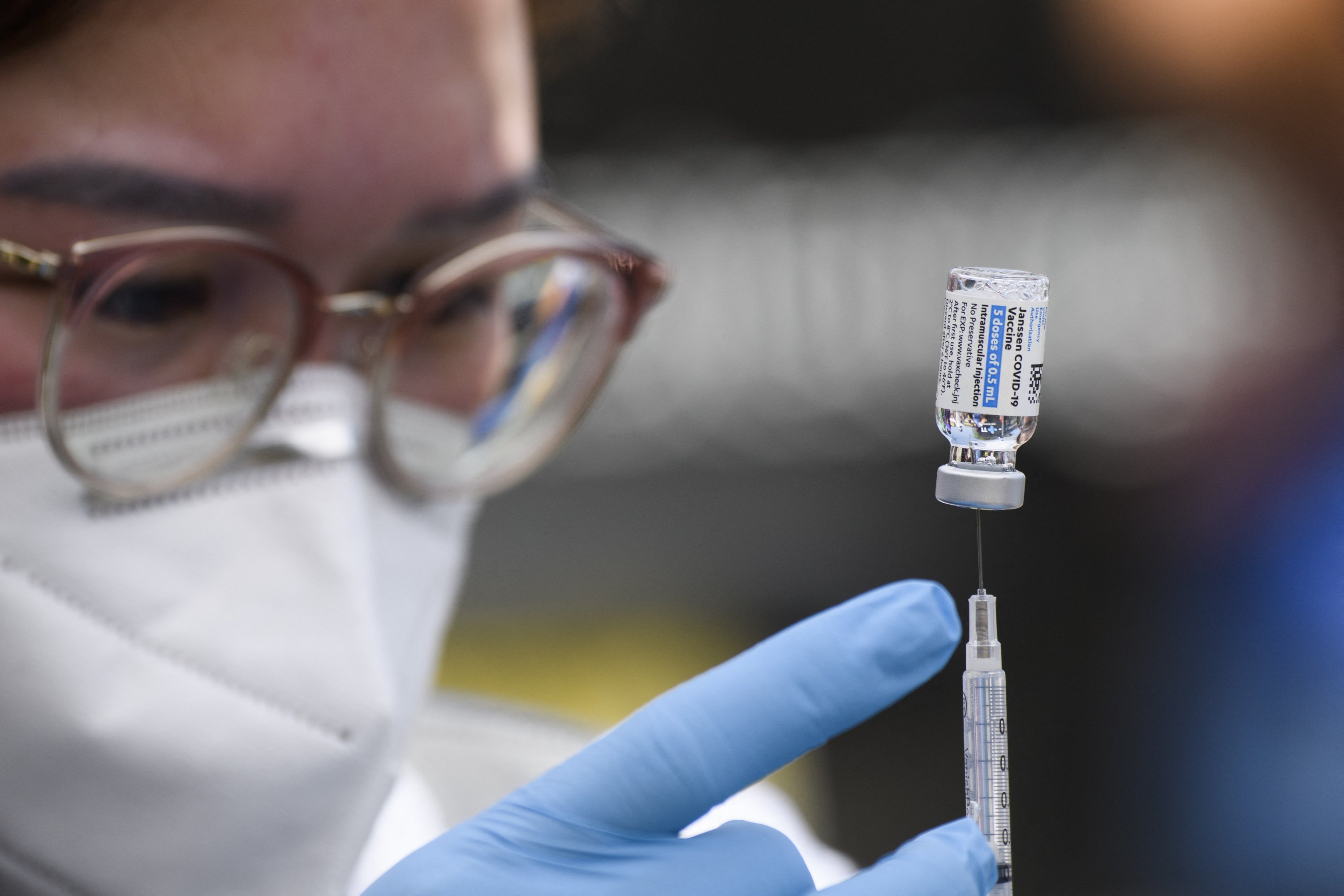 In this file photo, a dose of the Johnson and Johnson Covid-19 vaccine is prepared at a mobile vaccination clinic at the Weingart East Los Angeles YMCA in Los Angeles, California on Aug 7, 2021. — AFP photo

NEW YORK (Aug 27): In the wake of full US approval for the Pfizer/BioNTech anti-Covid vaccine this week, more and more American companies are looking at mandatory vaccinations for employees — and customers.

CVS Health, Chevron, Disney and Goldman Sachs are among the firms who have since told some or all of their workers that inoculations will no longer be optional, requiring proof of shots within a certain time period.

On social media, some of those firms are coming under attack from users who say requiring vaccinations is a violation of personal freedoms, a value near and dear to most Americans.

One Republican state lawmaker from Florida, Anthony Sabatini, even filed a proposal that would prevent the state’s surgeon general from requiring any vaccinations, ever.

But at least so far, amid a surge in coronavirus infections and hospitalisations fueled by the highly transmissible Delta variant, no public figure is specifically hitting out at corporate America — at least not yet.

For Mark Hass, a professor who specialises in marketing at Arizona State University, even though the crisis is both medical and political it is impossible for companies to thread the needle between liberals and conservatives on the issue.

“The right way to think about this is what’s the right thing for our employees, rather than worrying about the safety of our reputation,” Hass told AFP.

“Almost every company is going with some sort of mandate or requirement or incentive,” he said.

“I think the lack of criticism of corporations is because most of them have acted responsibly in dealing with the pandemic,” Hass added, noting the rise of telework.

Since June, when banking giant Morgan Stanley and asset manager BlackRock said employees wishing to come into the office would have to provide proof of vaccination, other major companies had made the leap to requiring shots.

Google, Facebook, and Uber all joined the vaccination mandate bandwagon.

But the Food and Drug Administration’s full approval of the two-dose Pfizer vaccine regimen opened the floodgates, and seemed to cancel out the argument made by some sceptics that full authorisation was needed.

“Do what I did last month: Require your employees to get vaccinated or face strict requirements,” President Joe Biden said Monday. In late July, he had offered federal employees a choice: show proof of vaccination or submit to regular testing.

Nevertheless, some major groups have yet to budge.

American Airlines is “strongly encouraging” its employees to get injections, but is not requiring them so far. For those who do bite the bullet, the airline is offering an extra day off and US$50.

On Tuesday, rival Delta Air Lines said it would charge unvaccinated workers an additional US$200 a month for health insurance “to address the financial risk” created for the company by “the decision to not vaccinate,” according to CEO Ed Bastian.

Among the largest employers in the country, Amazon, Home Depot, FedEx, UPS, and Target have not yet mandated vaccinations against Covid-19. Walmart has so far only asked headquarters employees to get shots, not workers in stores or warehouses.

Experts generally agree that companies face limited legal liability for imposing vaccination requirements, even if failure to comply leads to an employee being fired.

In May, the US Equal Employment Opportunity Commission, a federal agency tasked with enforcing laws against workplace discrimination, said an employers request to show proof of vaccination did not violate American labor law.

Then in June, a federal judge in Houston dismissed a suit brought by employees of Houston Methodist Hospital who were contesting the institution’s right to demand that they be vaccinated — a decision seen as one setting a precedent.

And in August US Supreme Court Justice Amy Coney Barrett refused to a plan by Indiana University to require students and employees to get vaccinated.

“By early July, we were pretty confident that mandatory vaccination policies are permissible, so long as you’re making the required accommodations necessary for employees with medical conditions or based on religious belief,” explains Mark Goldstein, a partner at Reed Smith LLP in New York who specializes in labor law.

“I’m sure you will see some challenges, but the courts and the government do not seem receptive to those arguments,” Goldstein told AFP.

“I think they’ll be shut down pretty quickly. I would highly doubt any of the cases will get to the US Supreme Court.” — AFP