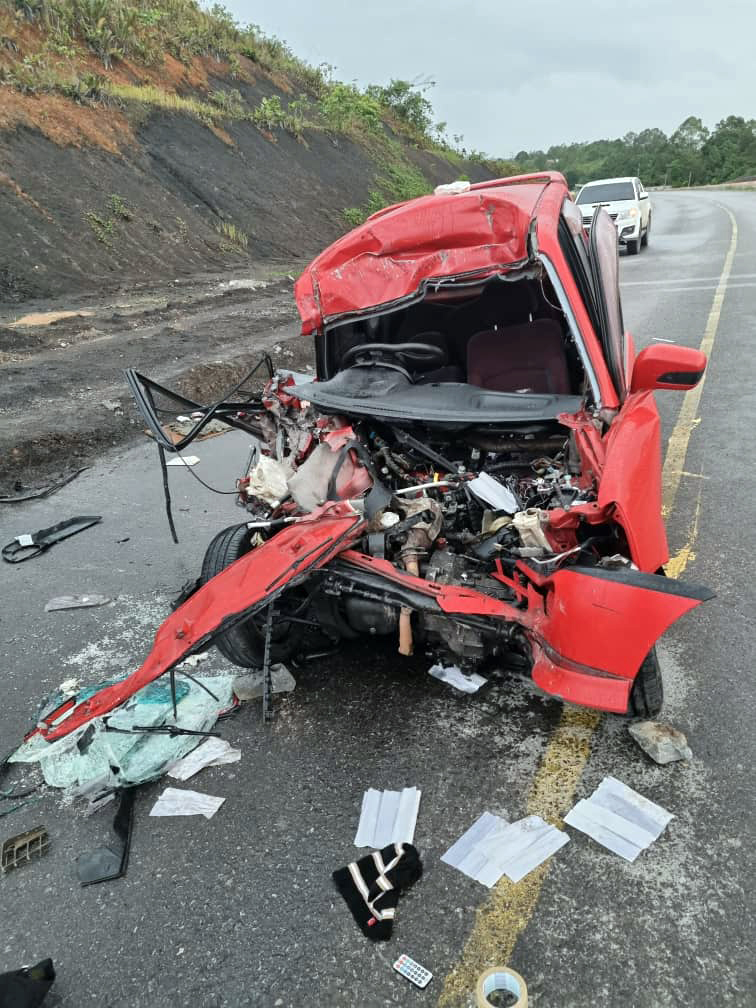 The ill-fated car at the accident scene. Sibu police photo

SIBU (Aug 25): An employee of a liquified natural gas (LNG) company in Bintulu succumbed to his injuries at Sibu Hospital after being involved in an accident at Mile 23, Sibu-Bintulu road at 4.15pm Monday.

He said the accident involved the victim’s car and a lorry.

“It happened when the victim was believed to have lost control of his vehicle and entered the opposite lane before colliding with the lorry.

“The lorry driven by a 54-year-old man was heading toward Sibu from Bintulu,” he said in a statement yesterday.

Stanley said the victim was brought to Sibu Hospital in an ambulance, but was pronounced dead at 6.49pm while receiving treatment.

The case is being investigated under Section 41(1) of the Road Transport Act 1987.