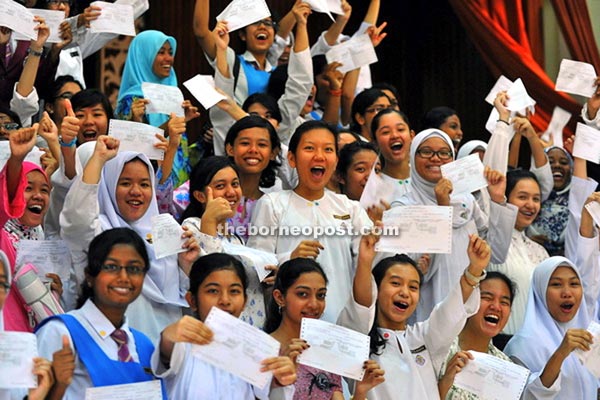 KUALA LUMPUR (June 10): Education Minister Datuk Mohd Radzi Md Jidin today announced that SPM candidates who sat for the 2020 iteration of the exams can collect hard copies of their certificate from July 10.

He said that the certificates would be issued in stages, adding that the printing and distribution of the SPM certificates have also been brought forward from the usual six months to just over one month.

This is among the changes and achievements that the Ministry of Education (MoE) has made in this short period of time, even in the face of such adversity in the context of managing the SPM exam amidst a pandemic.

We took the opportunity to upgrade the existing system and processes to ensure that we were able to increase productivity, and at the same time, ensure the quality of our service is of the highest standards, he said during a press conference with the media today.

When questioned on the method of distribution of the certificates, Radzi said that it would depend on the situation at the time.

The Education Ministry and schools will advise SPM candidates on how they will be receiving their certificates.

The hard copies will be sent to the candidates using methods that the Education Ministry will announce later, depending on the situation at hand, he said.

Earlier, Radzi shared that 2020 SPM candidates can check their SPM examination results, which will be released today, via two websites: myresult1.moe.gov.my and myresult2.moe.gov.my. — Malay Mail