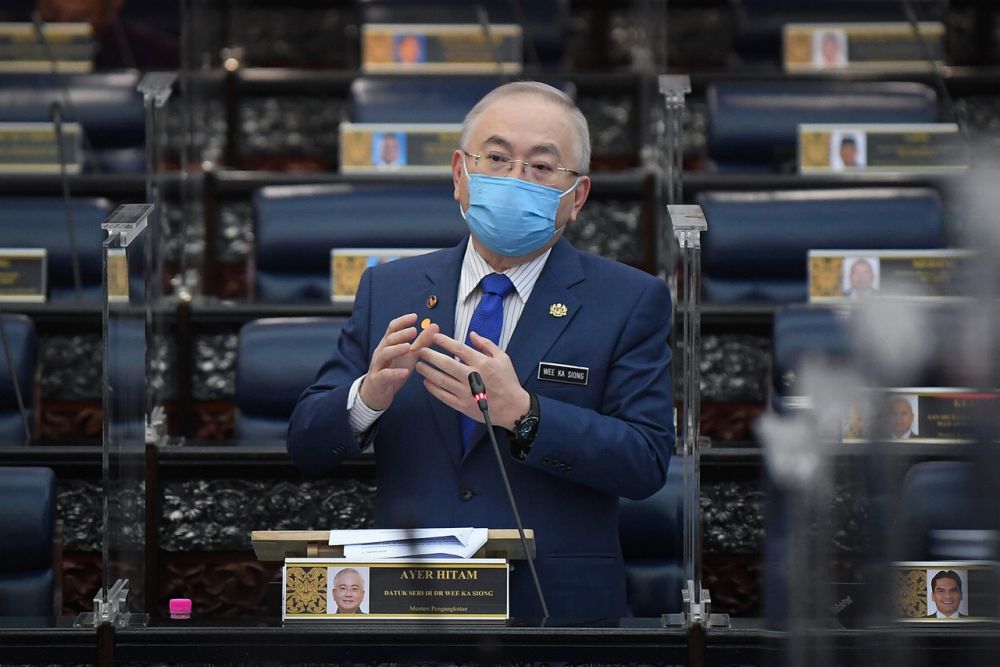 Dewan Rakyat Speaker Datuk Azhar Azizan Harun gave the order to Wee in a letter dated Oct 11, and told the latter to include supporting documents too.

In the letter, Azhar noted that Wees explanation in Parliament on Sept 30 contradicted the written answers given by Communications and Multimedia Minister Tan Sri Annuar Musa on Wee the Apricot Subsea Cable System Project.

Malay Mail has verified the letter was issued by Azhar.

In the letter, Azhar also told Wee that Bagan MP Lim Guan Eng has referred the transport minister to the Rights and Privileges Committee for allegedly issuing misleading statements in Parliament.

Wee and Lim have been bickering publicly over the cabotage policy for the past few months.

On Sept 30, Wee had denied in the Dewan Rakyat that his decision to revoke the cabotage exemption policy caused the Apricot Subsea Cable System Project by Facebook and Google to bypass Malaysia.

Annuars reply read, The selection of countries to participate in the installation of the Apricot internet subsea cables is the decision of Facebook and Google. Malaysia was not listed (bypassed) as one of the countries involved for a cable landing station in view that the cabotage exemption policy has yet to be resolved.

The cabotage row began when Wee, in November 2020, revoked the exemption made by his PH predecessor Anthony Loke.

Rais resigned from MDEC last week, following his remarks likening Wee to a minister with an IQ of a cabbage on social media.

Following that, Lim challenged Wee to a debate in Parliament on the cabotage policy but Wee has yet to set a date for the debate.

Lim noted that Wee had said the Cabinet will make a final decision early this month and asked why the minister could not set the debate date for Oct 23.

In April, Facebook and Google revealed it would lay two huge subsea cables that will link the US West Coast to Singapore and Indonesia, South-east Asias biggest economy and home to a growing number of smartphone users, bypassing Malaysia. — Malay Mail