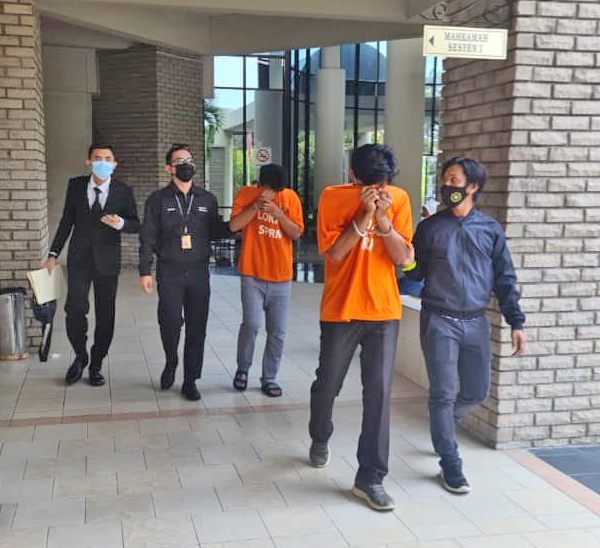 The suspects being escorted out from the Sandakan Magistrates Court.

KOTA KINABALU: Two men have been detained by the Malaysian Anti-Corruption Commission (MACC) for allegedly submitting false claims worth RM336,000.

According to sources, the false claims were for the 1Malaysia Mobile Clinic boat in Kinabatangan in 2019.

It is said that the company manager and a civil servant, both in their 40s, were detained by MACC after giving their statements to the commissioner at the MACC office in Sandakan on Tuesday, April 6.

MACC Sabah director S Karunanithy on Wednesday confirmed the arrest of both men.

Karunanithy said they were taken to the Sandakan Magistrates Court and will be remanded for six days to facilitate investigation under Section 18 of the MACC Act 2009.