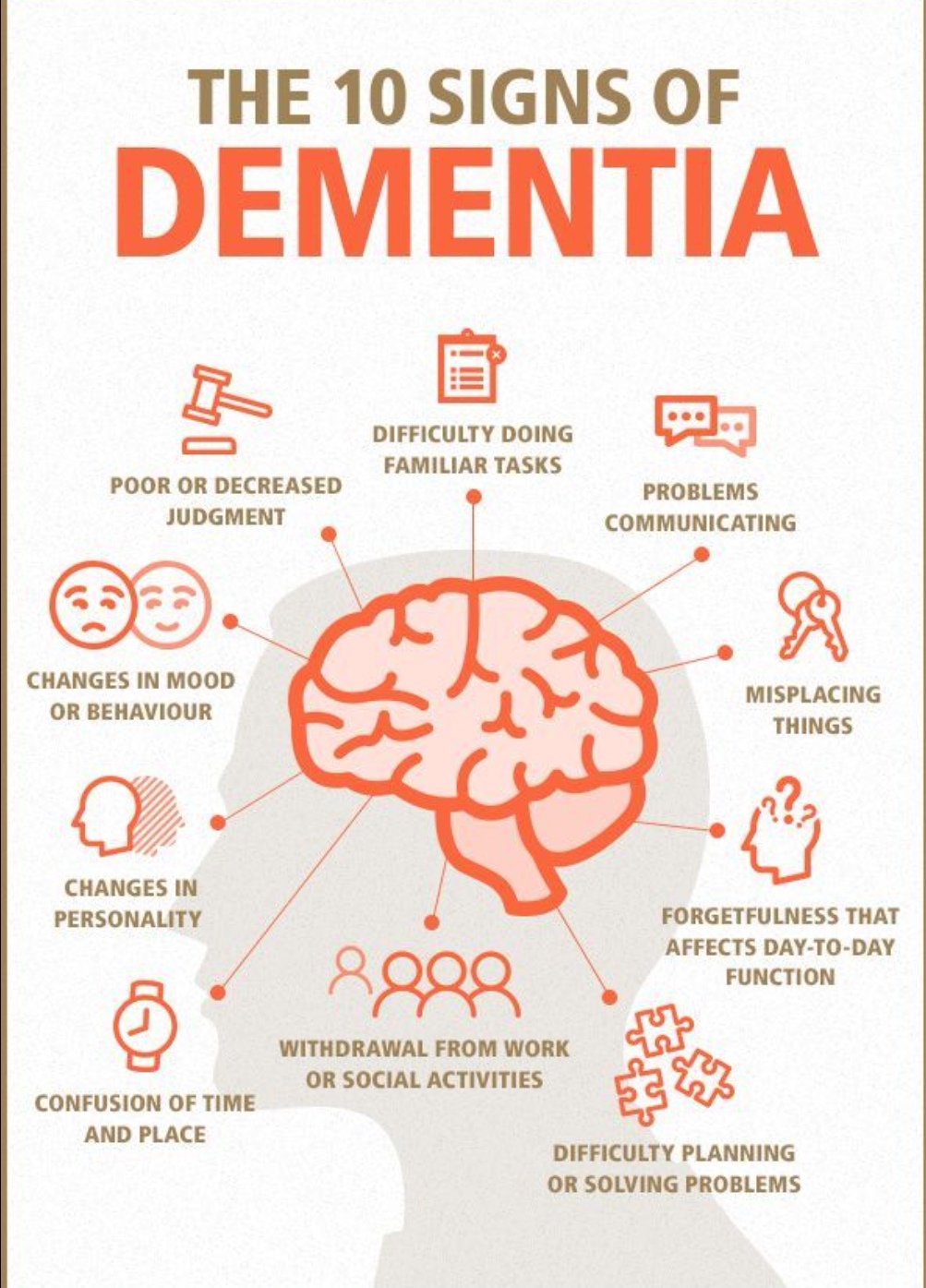 DEMENTIA has always been around for as long as humans have inhabited this earth.

The only difference being that in the past, it was never or seldom being labelled as such; it was wrongly diagnosed; or it simply being set aside or taken for granted as an affliction of the ageing or was due to some inherited genes.

The Centers for Disease Control and Prevention (CDC)s definition of it is as follows: Dementia is a general term for the impaired ability to remember, think or make decisions that interferes with doing everyday activities. Alzheimers is the most common type of dementia, although it affects mostly older adults but it is not a part of normal ageing.

In 2014, there was an estimated five million adults with dementia in the United States aged above 65; by 2060, the projection is three times more, at 14 million.

In Malaysia, a new case of dementia is diagnosed every four seconds.

that sink in for a moment.

Each have its own unique traits, symptoms and diagnosis.

There are seven stages of dementia: 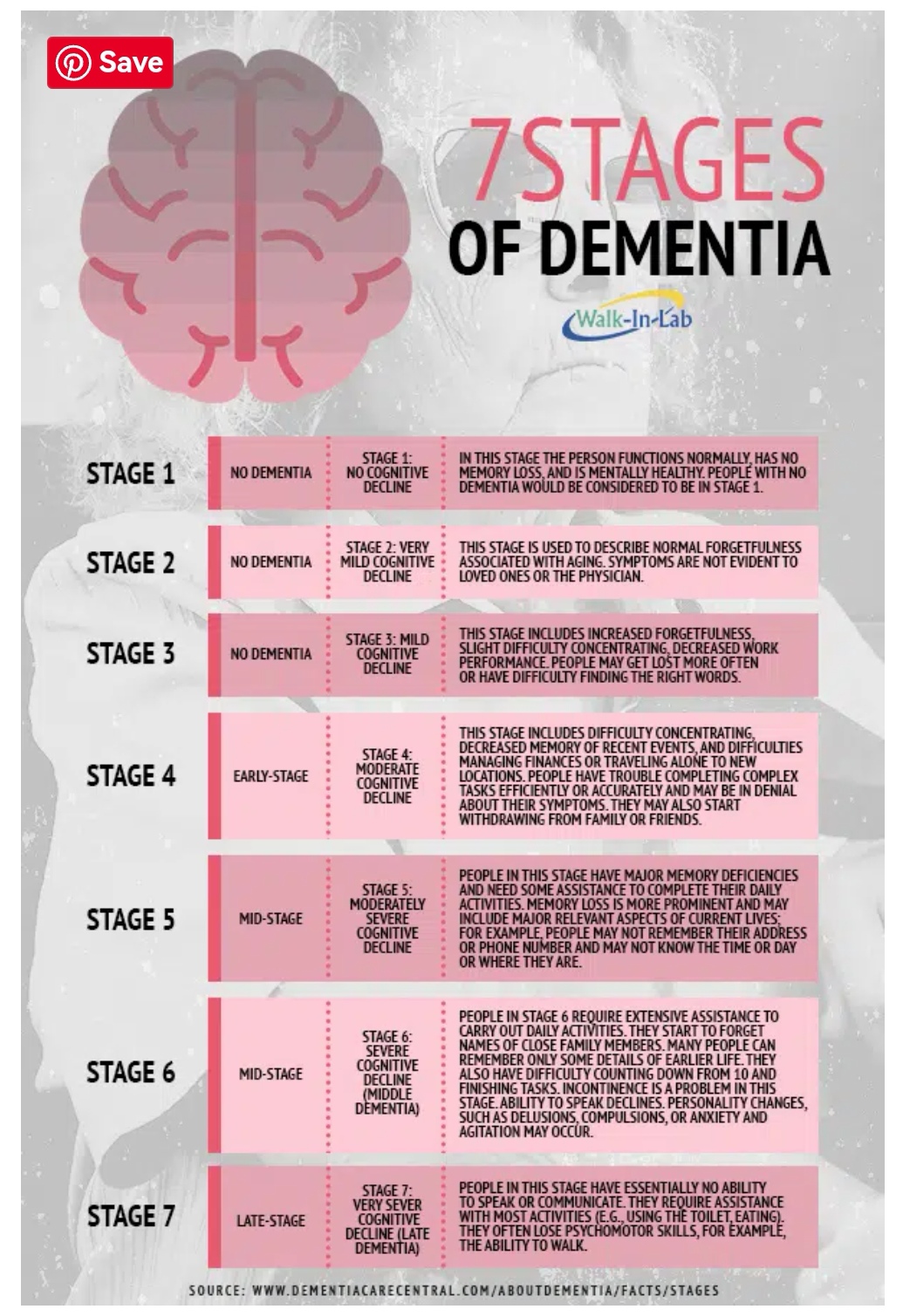 The progression from Stage 1 to 7 varies with each individual. There are cases where the seven stages are seen within a couple of years.

However, there are also cases where it takes several years from Stage 1 to stage 7.

Some experimental medications and drugs have been on the market that have slowed down progression from one stage to the next by delaying it for a few years, but so far, there is no evidenced cure available for dementia in general.

This affliction, ailment, disease call it what you will has been shrouded in a longstanding mystery as to how it is caused and what can be done to either prevent it from happening or who are the most vulnerable to get it.

It is thought that it could be inherited, passed down through ones DNA and genes, as afflicted family members have a higher incidence of developing the disease.

Certain lifestyles too have been thought to be the culprit. Extensive research is still ongoing right now, with some recent medical discoveries involving new drugs are proving optimistic but many trials have also failed as well.

What this devastating ailment has done on a global basis has been to alienate members of families, drive a wedge between lifelong friends and cause miseries among otherwise active and healthy middle-aged people and those considered seniors, aged above 60.

Here in Sarawak, I have heard stories of and seen with my own eyes among families and friends those who have among them someone so afflicted with one of the mid-stage or later-stage case of dementia.

Those above Stage 5 would need full-time carers to look after them.

As recently as 2015, a family here could employ a full-time maid or carer from a neighbouring country like Indonesia for around RM550 to RM700 per month, after paying her agent a one-off fee of around RM5,000 to RM7,000.

They might cost more if shes from the Philippines.

Some luckier families would employ or pay for some local jobless relative or some middle-aged helper from upcountry, but these folks are now becoming very scarce and hard to come by.

This situation has changed drastically in very recent times.

Their wages have almost doubled, so too the agents fees, and at the same time, fewer official permits for maid recruitments are now being issued.

So what we find these days are a lot of retired professionals teachers, lawyers, accountants, engineers and the like, who are fully involved (full-time, during office hours) in the babysitting, caring and overall parenting of children, grandkids and even dementia-afflicted relatives and friends.

Professional help will, of course, be consulted in the event of any emergencies.

In recent years too, many care-homes and what in the old days were called Homes for the Aged have sprung up in the residential areas (usually those in the middle to upper middle-class part of town) and demand has been so good for full-board rooms, despite the not inexpensive asking monthly charges of between a low of RM2,500 to a high of RM7,000, depending on the various amenities and facilities provided therein.

These have catered to the entire spectrum of those who can afford to send their family members for a long-term stay. They are privately managed enterprises operating on a commercial basis to turn a profit while providing a need in our community.

The state government too has its own homes for the aged and the homeless as well as the needy.

The many charitable and religious organisations are continually helping out in their various ways to house and feed those in need of such assistance.

From my own personal experience, the harrowing affliction known as dementia in all its different forms is probably the most devastating disease known to mankind.

Unlike the much-dreaded Big C of cancer that can be treated by a number of ways, or heart disease, or others affecting our many organs like kidney, liver, prostate, and so on, dementia is totally a disease of mystery, with no treatment in sight for a patient who becomes completely wasted and at its mercy and completely and utterly helpless with no hope of any cure in sight.

To top it all off, by Stage 6 and 7, the dementia patient is completely oblivious to everything around him thus living the life of a zombie, completely zonked out of any decent existence and totally unable to recognise whatever and whoever he has ever known or loved in a life that he has lived so far but has completely no memory of.

Imagine a previously fully-written upon blackboard completely wiped and dusted off into a clean slate, devoid of anything left on it!

I cannot think of a more helpless and hopeless place to be than this.

May God help and bless all those so afflicted and we pray for a cure for this dreadful disease to be discovered in the very near future.