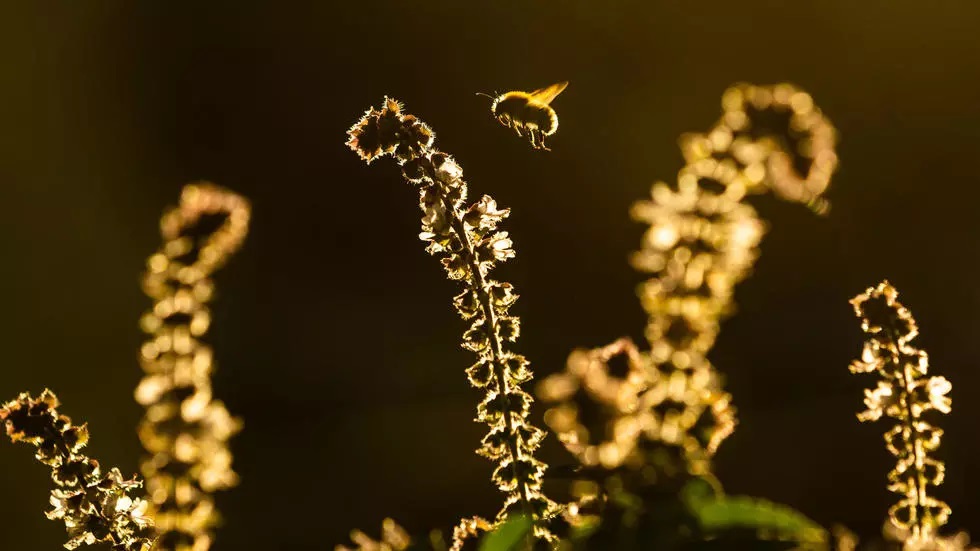 PARIS: Wild bees are worth some $1.5 billion to key fruit and vegetable crops in North America, according to new research that warned declines in these pollinators threatens the productivity of economically important agriculture.

The study, which had funding from the United States Department of Agriculture, comes as evidence of steep drops in insect populations worldwide prompts fears of dire consequences for crop pollination and natural food chains.

Researchers from several US and Canadian universities looked at seven major fruit, vegetable and nut crops that are dependent on pollination — by wild bees and managed honeybees, which are often transported around farms as hired crop pollinators.

While honeybees have traditionally been seen as the most economically valuable pollinators in the US, the study found wild bees play a much greater role than has been previously acknowledged, “even in agriculturally intensive regions”.

“Our findings show that pollinator declines could translate directly into decreased yields or production for most of the crops studied, and that wild species contribute substantially to pollination of most study crops in major crop-producing regions,” the authors said.

Researchers collected data from 131 farms in the US and parts of Canada on the prevalence of different types of bees, the amount of pollen distributed per flower visit and crop yield.

This allowed them to estimate that the nationwide annual production value of wild pollinators to the crops studied was over $1.5 billion, compared with $6.4 billion for honeybees — a figure dominated by their $4.2 billion value to almond production.

The exception was in California’s vast almond fields, where there were often no sign of any wild bees at all.

The study, published in the journal Proceedings of the Royal Society B, found that five out of the seven crops showed evidence that a lack of pollinators was limiting production.

They concluded that agricultural firms would see little benefit in investing in pesticides and fertilisers without tackling wild pollinator declines.

Insects are the world’s top pollinators — 75 percent of 115 top global food crops depend on animal pollination, including cocoa, coffee, almonds and cherries, according to the UN.

In a landmark study last year scientists concluded that nearly half of all insect species worldwide are in decline and a third could disappear altogether by century’s end.

One-in-six species of bees have gone regionally extinct somewhere in the world.

The main drivers of extinction are thought to be habitat loss and pesticide use. – AFP