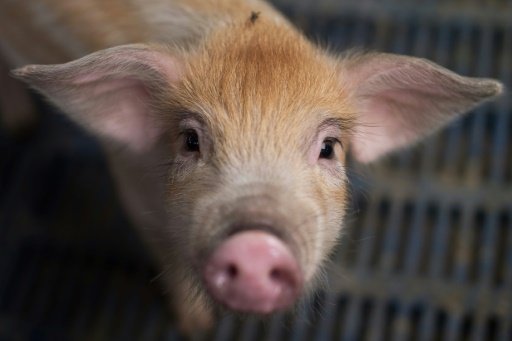 He said that SDMC chairman and Deputy Chief Minister Datuk Amar Douglas Uggah Embas had made the declaration following the discovery of ASF in Sabah and North Kalimantan.

In addition, he said that the Limbang Division Disaster Management Committee chaired by Limbang Resident had met today and integrated actions involving various agencies will be implemented to curb the spread of ASF.

JPVS has implemented control measures such as prohibiting the import of pigs and pork products into Sarawak from infected countries or states as well as strengthening the surveillance and monitoring of all commercial pig farms and those reared in villages statewide.

Awareness campaigns are also being carried out to increase the knowledge among the public and pig farmers on how to prevent pig farms from becoming infected and the movement of pigs and pig products from areas declared as ASF control areas to other areas is prohibited, Dr Adrian said in a statement today.

He said that controlling the entry of pigs and pig products from other areas into areas declared as ASF Control Areas also requires a movement permit from the Divisional Veterinary Services Office.

Dr Adrian added that breeders have been instructed not to give leftover kitchen food and if they are to be given surplus food from the kitchen, it should be cooked for at least 30 minutes to kill the ASF virus.

“Breeders are also to report to the nearest Veterinary Office if there are any deaths among pigs; improve the level of biosecurity, farm hygiene and the environment by using disinfectants; as well as washing and disinfecting body parts that have contact with animals or animal products.

“Breeders are also to avoid any contact between wild boar and the livestock by improving and enhancing physical barriers such as confining them in cages and fenced up farms; and avoid visiting other pig farms or accept visitors to the farm for fear of spreading the ASF virus.

Dr Adrian said if there is any anomalies or abnormalities in the mortality rate of livestock in the farms, farmers are required to report directly to the nearest Divisional Veterinary Office or can call the Whatsapp line at 016-284 0918.

He said any pork or pork products transferred or offered for sale or sold, in violation of this Order, would be seized or destroyed by the State Veterinary Authority.

“No compensation will be paid for any pigs or pig products confiscated or destroyed under this section. Failure to comply with the instructions will result in a fine not exceeding RM1,000.

Dr Adrian, however, assured that the pork available in the market is safe to eat as the pork is from farms that are free of the African Swine Fever (ASF) virus.

He said moreover, ASF is not a zoonotic disease because it does not infect humans.