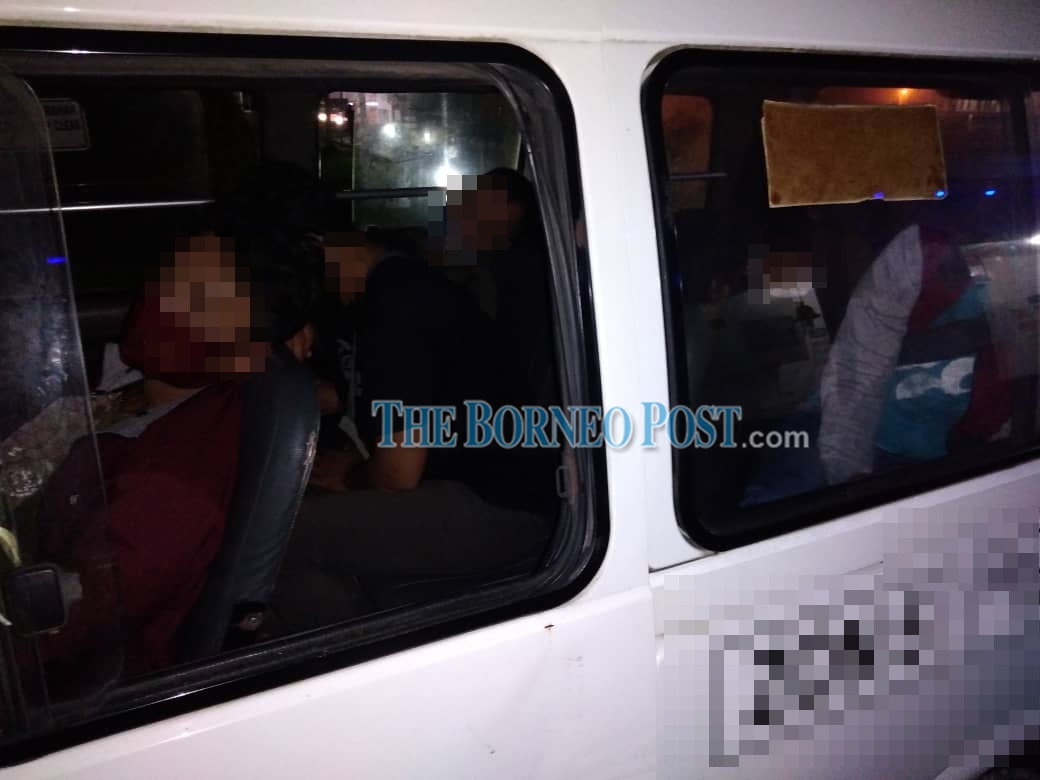 Sharifah Halimah says the five illegal immigrants were found hiding at the back seat of the van when the department’s enforcement team inspected the vehicle during a road at Jalan Kuching-Serian at around 12.30am yesterday.

KUCHING: The Royal Malaysian Customs Department (JKDM) has thwarted an attempt by a van driver to smuggle five illegal immigrants during a operation early yesterday.

JKDM Sarawak director Datuk Sharifah Halimah Tuanku Taha said the five illegal immigrants were found hiding at the back seat of the van when the department’s enforcement team inspected the vehicle during a road at Jalan Kuching-Serian at around 12.30am.

According to her, initial investigation found that the illegal immigrants were to be transported from the bus station in Serian to Kota Samarahan.

“Initial inspection conducted on the five Indonesians found that they have a passport, but there was no entry stamp from the Immigration Department

“We believe that they have entered through the ‘jalan tikus’ (illegal pathways) at the Sarawak-Kalimantan border,” she said in a press statement yesterday.

Sharifah Halimah added that the van driver, who was suspected to be the transport agent together with the five illegal immigrants were detained for further investigations.

“The transport agent is said to receive lucrative pay to the extend that he is not worried about the Covid-19 threat and legal action against him.

“To avoid from being inspected by the authorities, they are believed to operate from late at night until early in the morning,” she said.

Sharifah Halimah said the case is being investigated under the Anti-Trafficking in Persons and the Anti-Smuggling of Migrants Act 2007, Immigration Act 1959/63 and the Prevention and Control of Infectious Diseases Act 1988.

She also urged members of public to channel information related to any smuggling of prohibited or controlled item without import permit by contacting the Customs Toll Free Line 1-800-88-8855, the public complaints website at http://aduan.customs.gov .my or any nearby Customs Office in all states.

JKDM assured the public that the identity of the informer would be kept confidential.