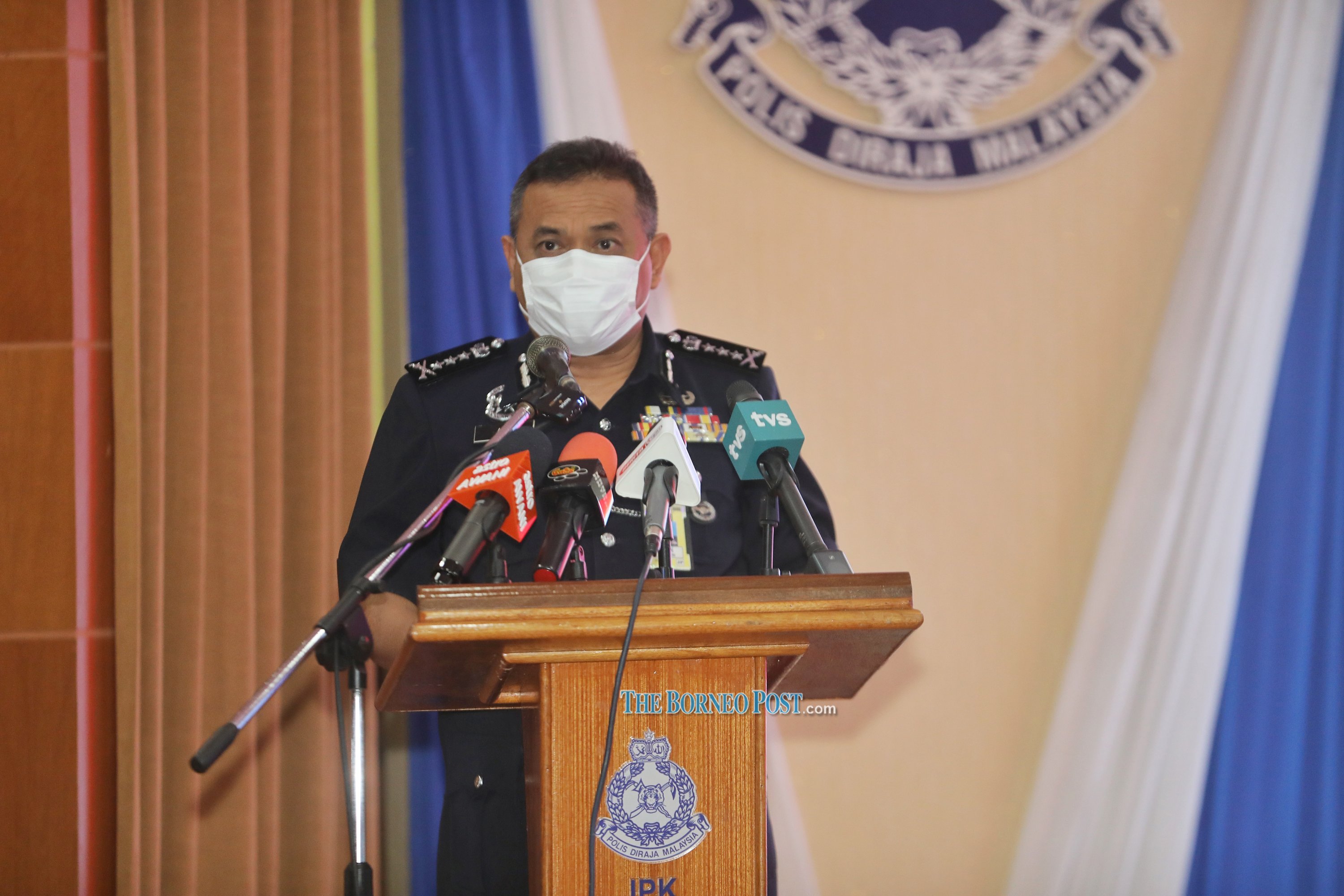 Aidi speaks during the press conference. Photo by Chimon Upon

Sarawak police commissioner Datuk Aidi Ismail said this was well below the crime case threshold for the year set by Bukit Aman at 6,082 cases.

“Most major crime cases have seen a decrease in the past year. However, there is an increase in cases which involves commercial crimes,” Aidi told a press conference on the Sarawak police contingent’s achievements in 2021.

“On that note, we will continue to improve our efforts to bring the number of crimes down, especially those that involve commercial crimes,” said Aidi.

Touching on the Narcotics Criminal Investigation Department, Aidi said 6,607 suspects were arrested in 2021 compared to 10,294 suspects in 2020.

“Among the biggest achievements is the arrest of five members of a bogus vehicle selling syndicate, which involved a total of seven victims,” said Maria.

She added the five members, one of whom is a woman, aged between 31 and 39, have been charged in court.

A total of 616 suspects have been charged in court, involving 553 investigation papers.

She also highlighted hotline numbers set up by Bukit Aman to assist victims of scam or fraud cases.

Also speaking at the press conference were the various department heads as well as the General Operations Force.

Among them were Sarawak CID head SAC Lukas Aket, who pointed out that the number of murder cases in Sarawak rose to 24 in 2021 compared to eight cases in 2020.

“Overall, the number of crime cases has dropped which is most likely due to movement restrictions and the Covid-19 pandemic,” he added.