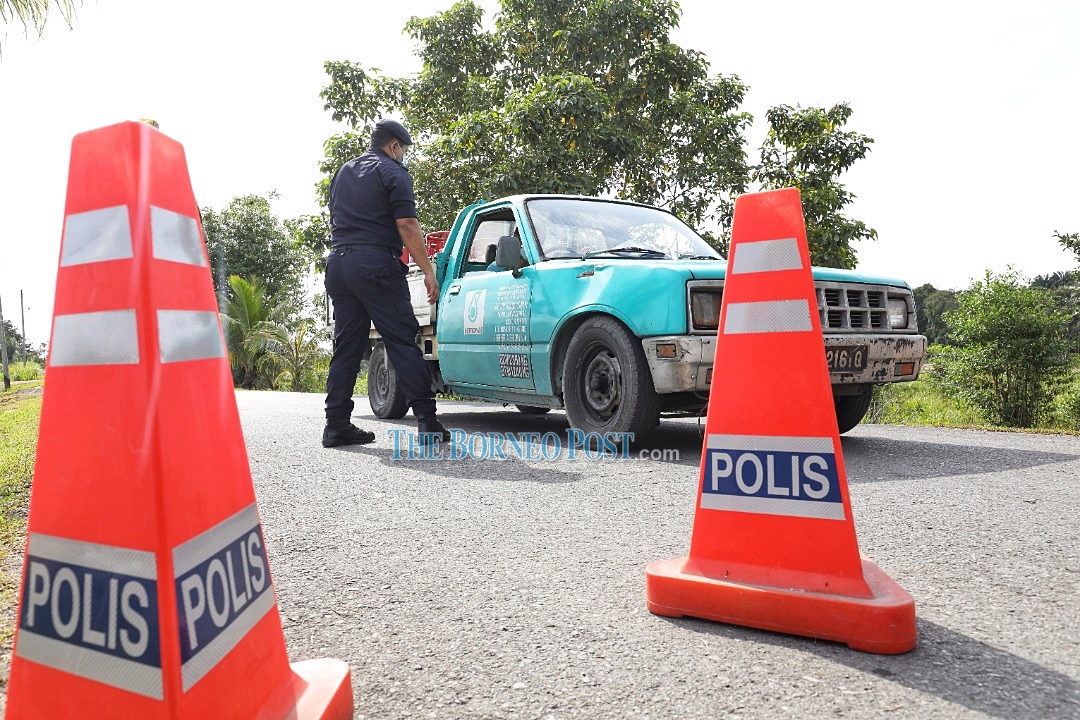 A police officer speaking to a driver intending to enter a village under EMCO in Kuching recently.

After evaluating the risks with various agencies on the locality that had reported a spike in Covid-19 cases, SDMC has decided to implement EMCO in these two areas, the committee said in a statement.

As for the EMCO at Batu Gong village in Siburan, Serian, the committee said it will be extended until April 23 after the Ministry of Health had concluded there were still new locally transmitted cases within the community at the locality.

However, the committee pointed out the EMCO that was imposed at Kampung Chupak in Siburan, Serian will end on April 9 (Friday).