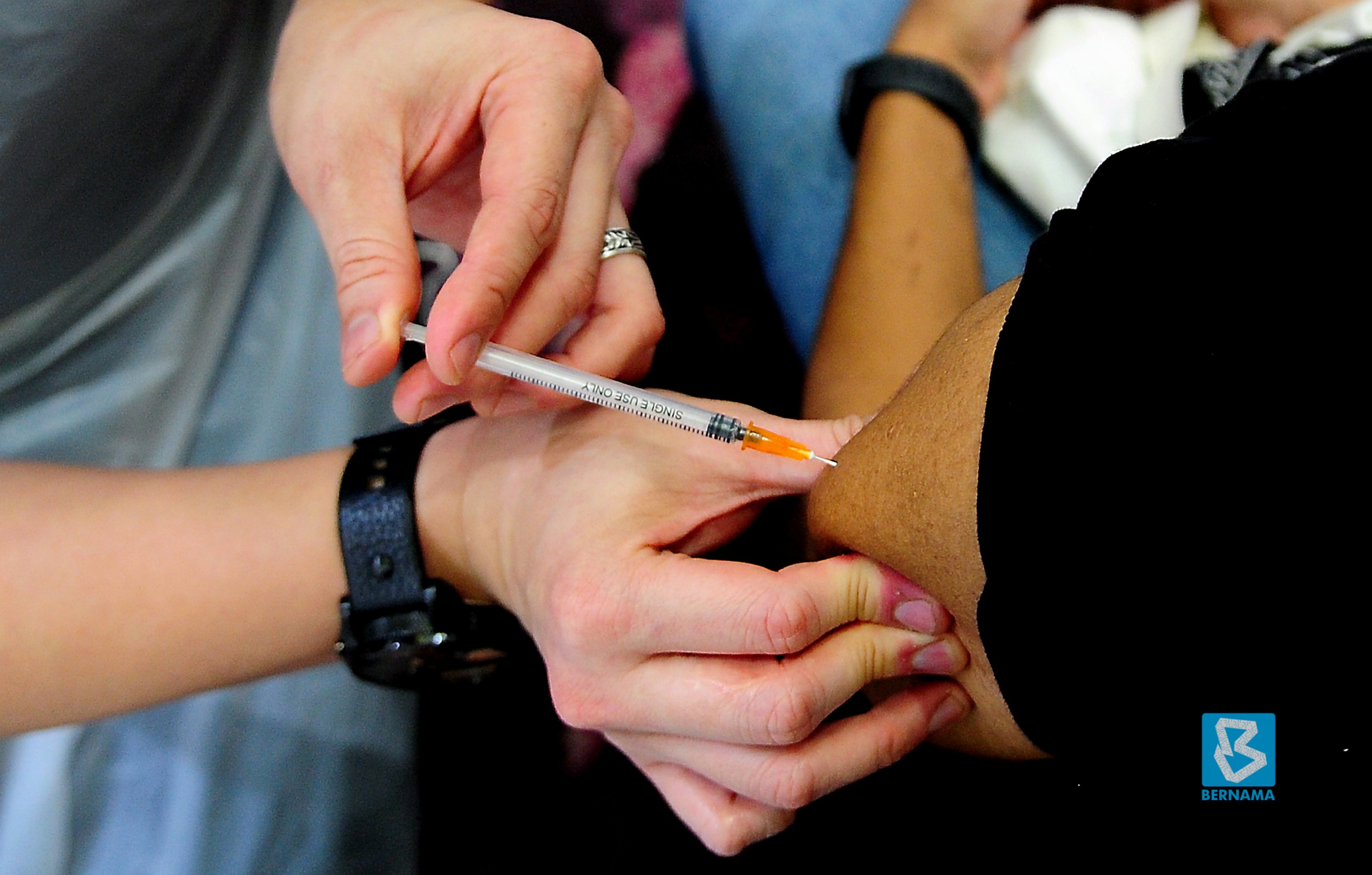 A health worker administers a dose of a Covid-19 vaccine. — Bernama photo

As of yesterday, 52.5 per cent or 12,743,918 individuals have signed up to receive the vaccine under the National Covid-19 Immunisation Programme, with Selangor recording the highest number of registration at 3,363,091 people.

The first phase of the immunisation programme, from February to April, involved about 500,000 frontliners, mainly healthcare workers.

The second phase, from April to August this year will cover 9.4 million senior citizens, vulnerable groups with morbidity problems and persons with disabilities.

The third phase, scheduled for May to February 2022, will involve those aged 18 and above, both citizens and non-citizens, totalling some 13.7 million. Bernama