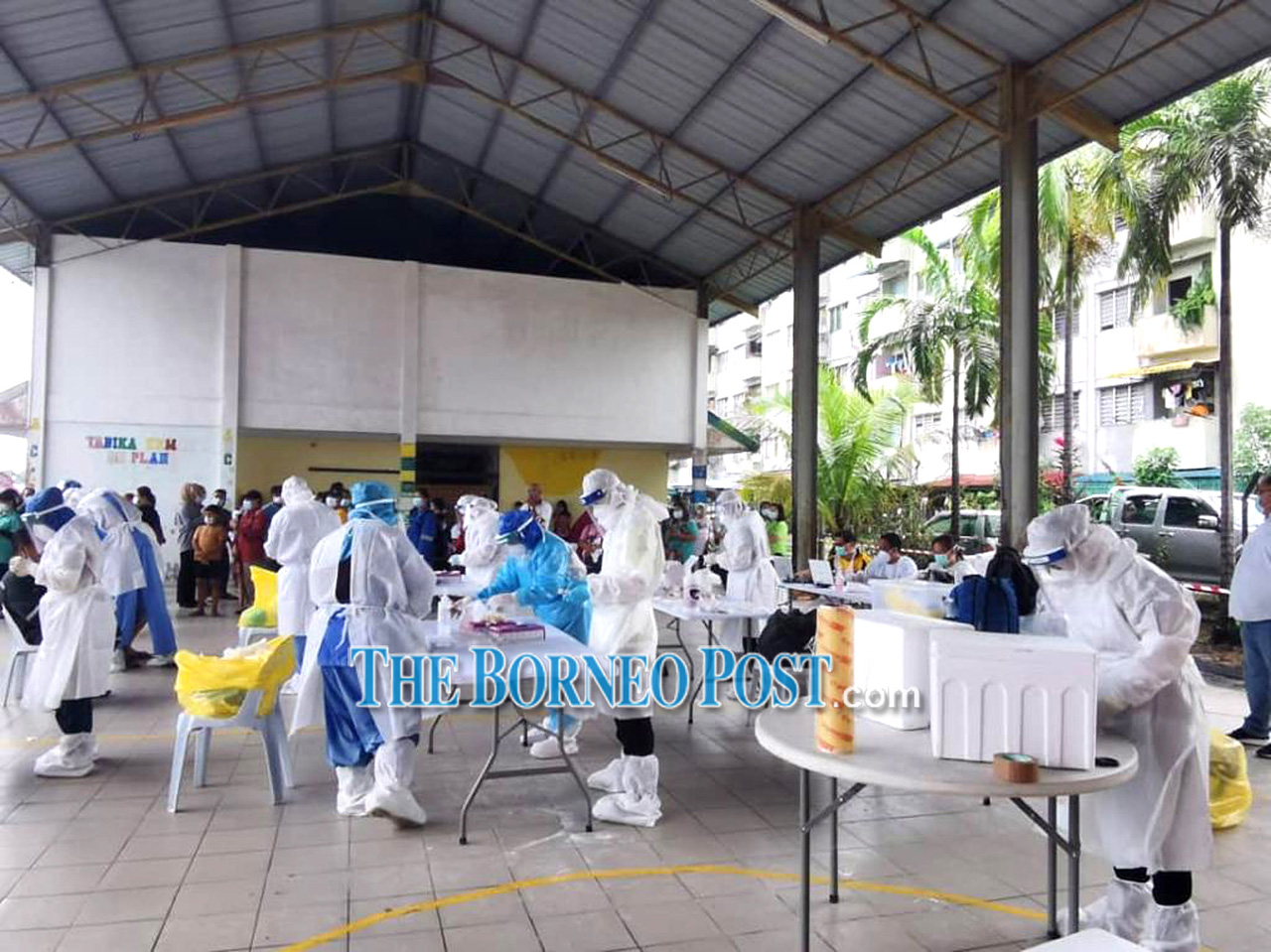 Dubbed the Kampung Kolong 2 Cluster, it involves Kampung Kolong 2 in Kuching, which was caused by social movements and Hari Raya Aidilfitri visiting. The locality was also placed under the Enhanced Movement Control Order (EMCO).

“The spread of infection involving this cluster has reached the fourth generation.

“Out of a total of 52 individuals screened, 36 cases including the index case were found positive while remaining 16 were negative,” SDMC said in a statement today.

The spread of infection also involves a longhouse in Nanga Tekalit within the same district.

Out of a total of 742 individuals screened, 27 were found positive, 502 negative and 213 cases are pending lab test results.

The Sungai Kakus Cluster is another workplace cluster involving a temporary settlement for an oil palm plantation at Gabung Camp and a longhouse in Nanga Tekalit in Sungai Kakus.

Out of total 117 individuals screened, 51 were positive, 14 were negative and 52 cases are still awaiting lab test results.

The Semanok cluster was a workplace cluster involving an oil palm estate located in Semanok, Tatau that resulted from social movement and close contacts among the workers there.

Out of a total of 196 individuals screened, 7 were found positive, 17 were negative and 172 still awaiting lab test results.

Meanwhile, the State Health Department declared an end to the Sungai Rayah Cluster in Meradong as no new cases were recorded in the last 28 days.

Currently, there are a total of 80 clusters still active, out of which 10 recorded 90 additional cases today.