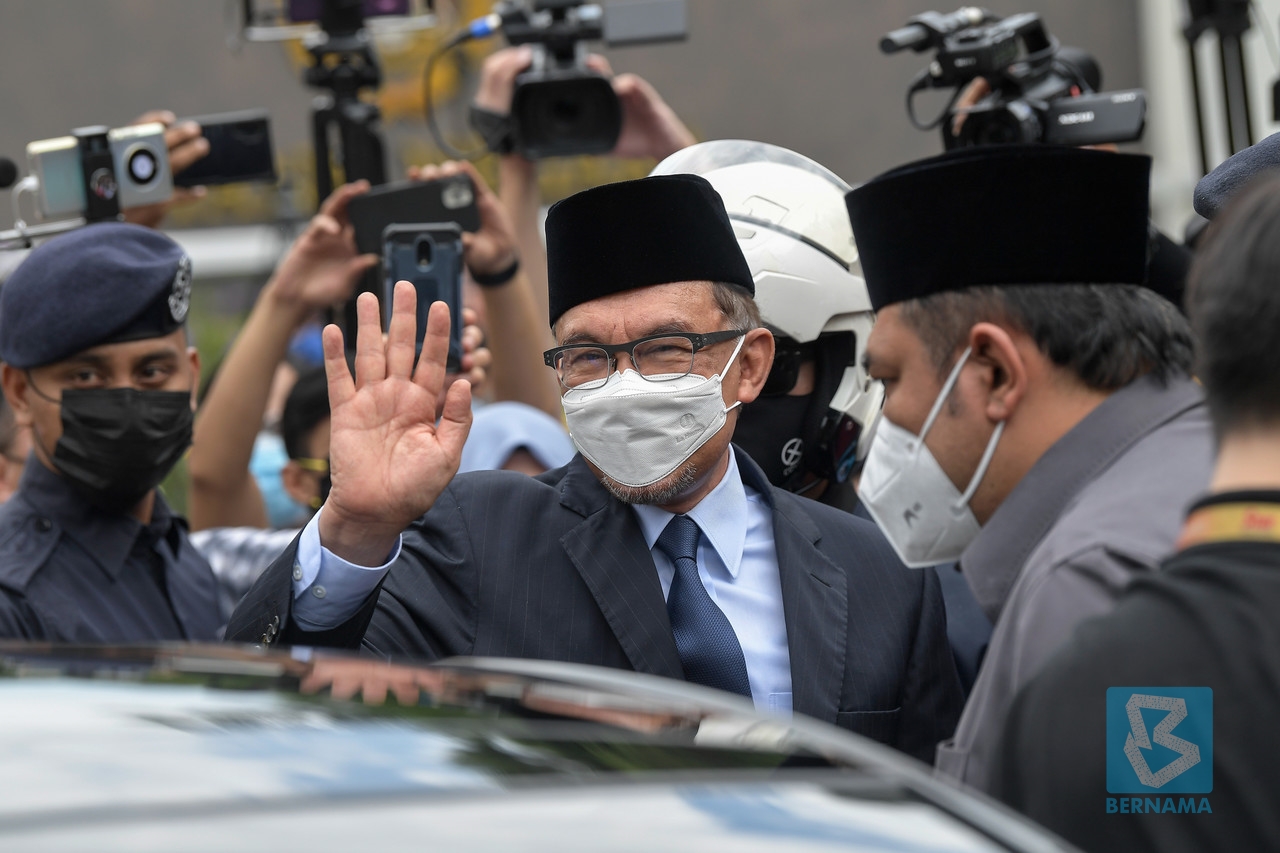 Anwar waving to reporters after the meeting with Agong. – Bernama photo

This ended the speculation raised by certain quarters that the meetings had to do with the current political landscape.

Political leaders, including those from the Opposition, took turns to have an audience with the Yang di-Pertuan Agong beginning today, while leaders from Sarawak political parties will be granted a virtual audience on June 14.

Prime Minister Tan Sri Muhyiddin Yassin was the first to be granted an audience at 8 am for the pre-Cabinet meeting, which usually takes place every Wednesday, to provide updates on the development of the country’s administration. The meeting lasted an hour.

Opposition leader Datuk Seri Anwar Ibrahim, who was also granted an audience, was spotted entering the main gate of the palace at 10.40 am and left an hour later.

Speaking to awaiting reporters at the gate, the PKR president said the meeting revolved around discussions on COVID-19, Parliament sitting and the countrys economic situation.

Al-Sultan Abdullah is scheduled to meet with other political party leaders tomorrow and on Friday.

The Sarawak Chief Ministers office, meanwhile, said all leaders from Gabungan Parti Sarawak (GPS), which consists of Parti Pesaka Bumiputera Bersatu (PBB), Parti Rakyat Sarawak (PRS), Sarawak United Peoples Party (SUPP) and the Progressive Democratic Party (PDP), have received an invitation for an audience via video-conferencing with Al-Sultan Abdullah at 11 am on June 14.

Meanwhile, Comptroller of the Royal Household of Istana Negara Datuk Ahmad Fadil Shamsuddin said a Special Meeting of Malay Rulers will be held at Istana Negara on June 16 to discuss efforts to curb the spread of COVID-19 and its implementation during the emergency period.

The emergency was declared for the whole country on Jan 12 and enforced up to Aug 1 as a proactive measure to contain the worsening COVID-19 pandemic in Malaysia.

The total number of COVID-19 cases in Malaysia now stands at 633,891 with 6,239 new infections reported today.

As for vaccinations, some 2,609,377 individuals have received their first COVID-19 vaccine dose, taking the total number of first and second shots administered in the country to 3,790,121 doses as of yesterday. – Bernama