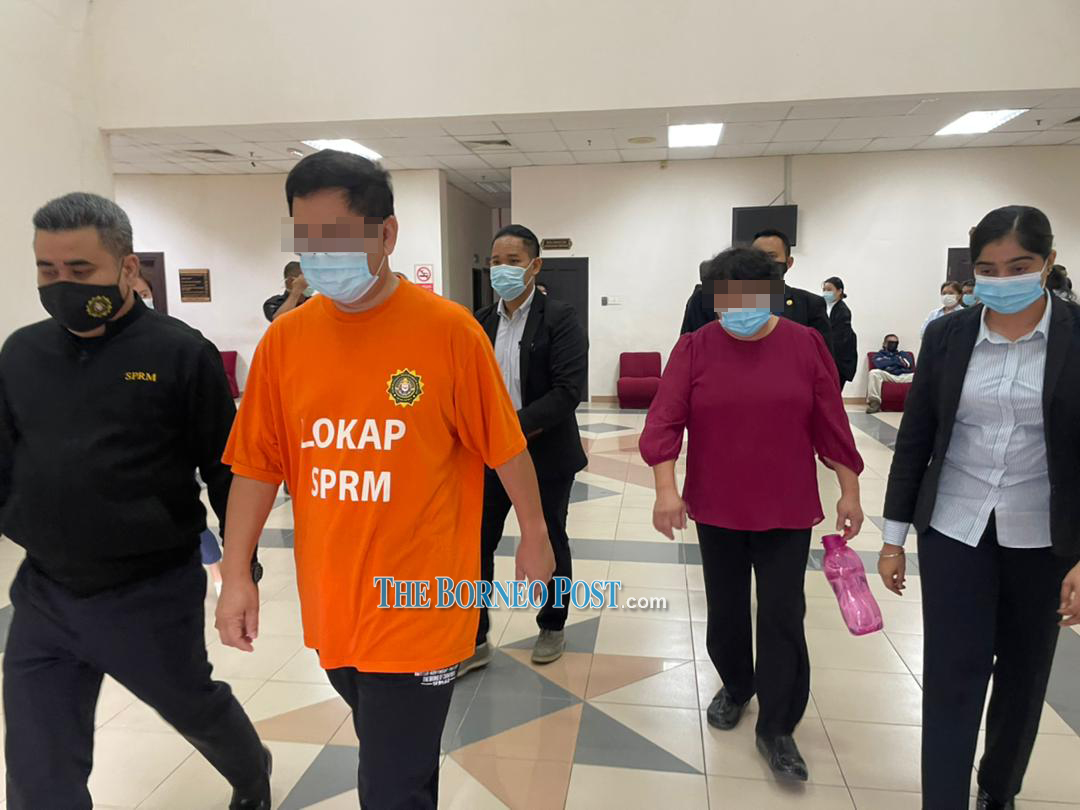 The ‘Dato’ and ‘Datin’ are escorted by MACC officers at the courthouse.

KUCHING (April 9): A Magistrates Court here today released unconditionally two supply company owners after they were detained for a night by the Malaysian Anti-Corruption Commission (MACC) Sarawak to facilitate the investigation of a false claim case.

The case involved false claims amounting to RM5,828,220 for the tender of cooked food for a religious secondary school here.

(For the freshest news, subscribe to our Telegram channel)

The husband and wife, who carry the title Dato and Datin, aged 56 and 58, were brought before Magistrate Zaiton Anuar, who ruled that there were no grounds to place them under remand.

They were detained yesterday (Thursday) evening at the MACC Sarawak office.

The State MACC said they were believed to have abetted another suspect in submitting false claims when bidding for the Ministry of Education’s cooked food supply tender for the period July 1, 2017 to June 30, 2019 on March 15, 2017.

The other suspect has been remanded since April 6 and the order against her expires tomorrow.

The case is being investigated under Section 18 of the MACC Act 2009, which

is punishable by a fine of five times the value of the gratification or RM10,000, whichever is higher, and imprisonment term not exceeding 20 years.

The husband and wife were represented by counsel Shankar Ram.

When met after the proceedings, Shankar said the court passed the order because there were no grounds to place the couple on remand since there was nothing to link them to the on-going case or probe.