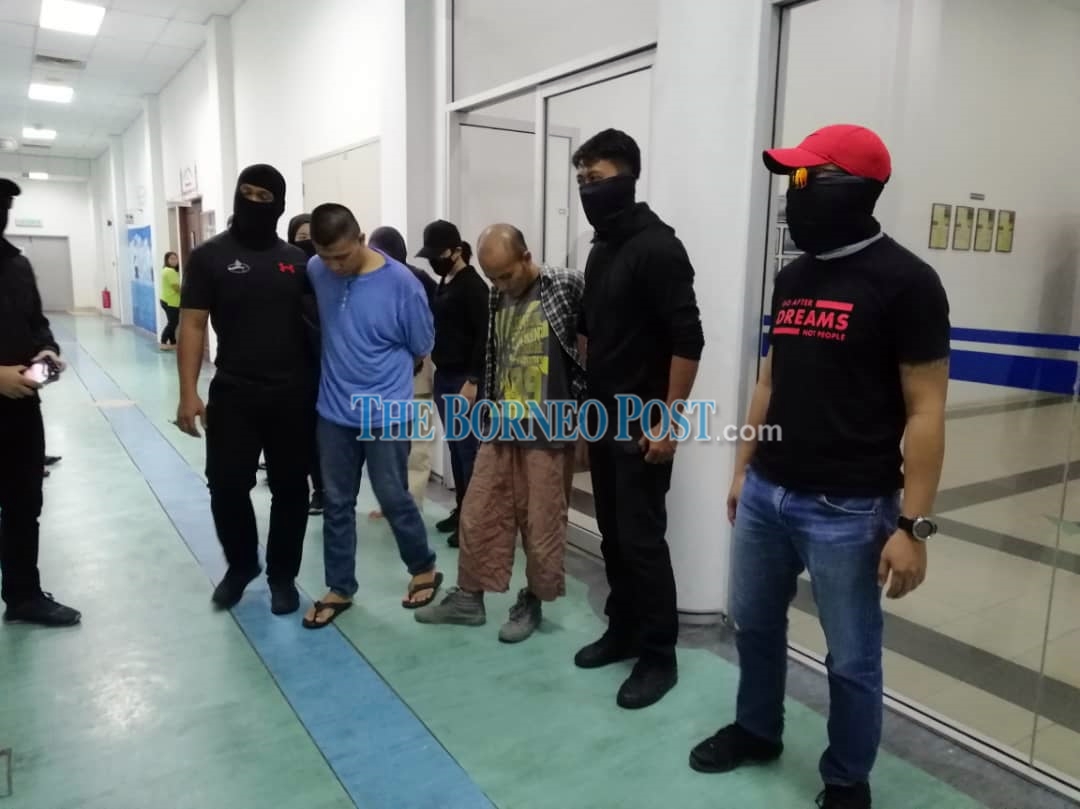 The accused being led by the personnel from the Counter Terrorism Division (E8) upon arriving at the court today.

MIRI: The Sessions Court here today fixed Jan 9, next year for further mention of a case involving three Indonesians who were charged with possessing Islamic State (IS) terrorist organisation-related materials.

Judge Steve Ritikos fixed the date after allowing an application by the prosecution to be given one month to extract and obtain information on the accused’s telephone and SIM card which has been seized as exhibits.

Deputy Public Prosecutor Aftal Mariz, when making the application, said the prosecution needed one month to get the report as all the exhibits have been sent to forensics to be analysed.

The three accused – Ardiana Rashid, 26 and her husband Sandi Saputra Marsuki, 23 as well as Abdan Shakur, 32 were charged under Section 130JB(1)(a) of the Penal Code which is liable for a jail term of up to seven years or a fine and shall also be liable to forfeiture of any property used or intended to be used in connection with the commission of the offence.

Based of the facts of the case, the three accused were each in possession of items related to the IS terrorist organisation – a hand phone.

Ardiana was accused of committing the offence at a plantation office in Lambir at 4.10pm on Sept 14.

Abdan, on the other hand, was accused of committing the same offence at the construction site of Pan Borneo Highway of Miri-Bintulu Road at 4.25pm on Sept 14 .

Sandi was accused of committed the offence at a worker’s quarters of a plantation company in Lambir at 4.45pm also on Sept 14.

The trio were ordered to be further detained at Central Miri Prison.