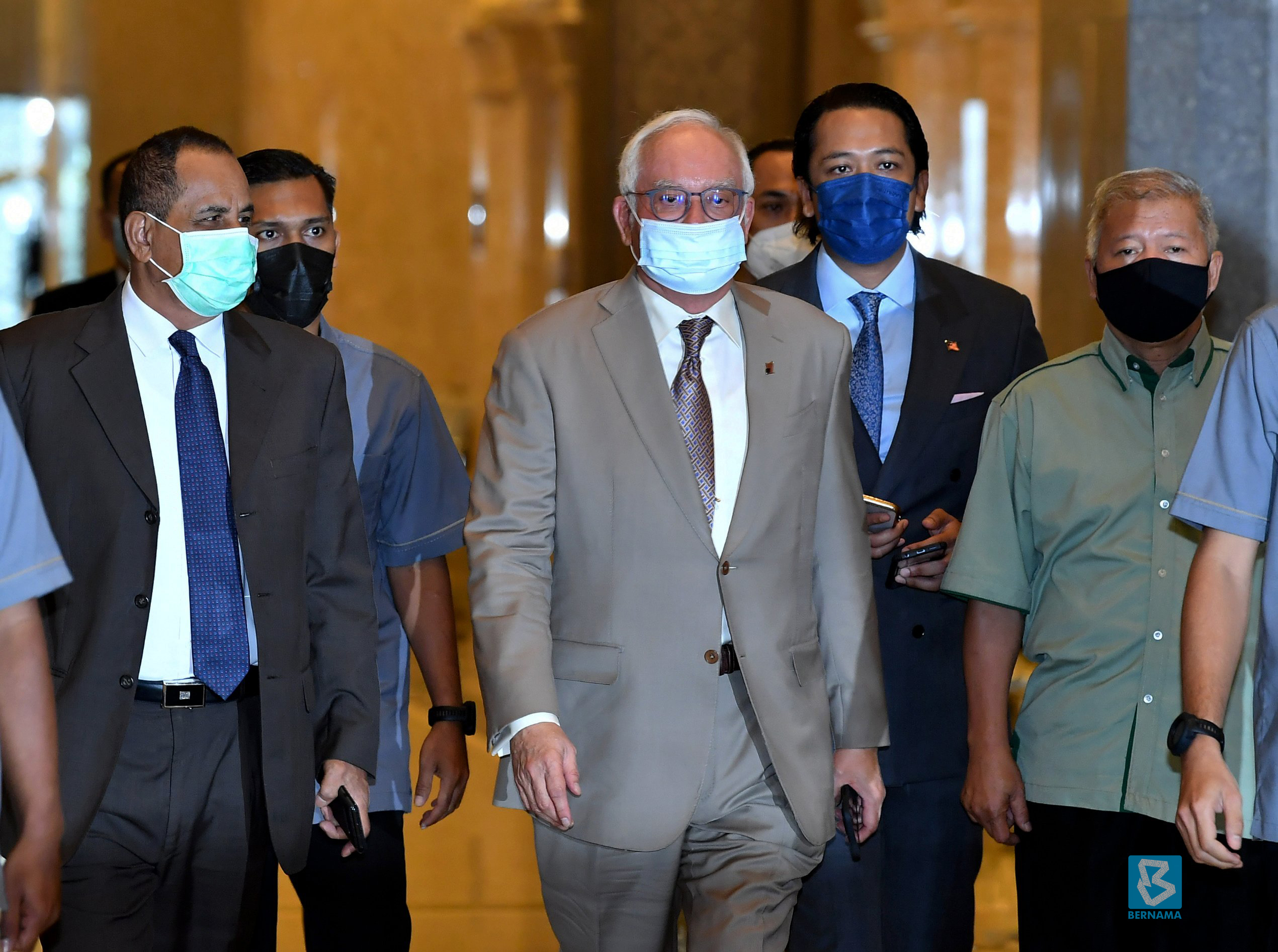 Najib arrives in court for the hearing against his conviction and jail sentence for misappropriation of RM42 million of SRC International Sdn Bhd funds. – Bernama photo

We are unanimous in this. There is no sufficient reason to adjourn the hearing. We are disallowing the application for an adjournment, said Judge Abdul Karim, who presided over the appeal with Justices Datuk Has Zanah Mehat and Datuk Vazeer Alam Mydin Meera.

Earlier, Muhammad Shafee said they needed at least a one-month adjournment to get some relevant documents from New York and Singapore.

The documents are linked to the 1Malaysia Development Bhd (1MDB) and also involvedallegations against Zeti’s family. We need at least one month to put in additional evidence in our submission. We are seeking for an adjournment of the hearing,Muhammad Shafee said.

Meanwhile, Deputy Public Prosecutor Datuk V. Sithambaram objectedto the request, saying that they (applicant) should make any application earlier before the hearing commenced.

There is a non-valid ground for them to ask for an adjournment. We pray that there is no more delay and ask the court to proceed with the case,he said.

Najib has submitted 307 grounds in his petition of appeal on why he should be freed of the charges.

However, he will only serve 12 years in jail as the judge ordered all the jail sentences to run concurrently.

Najib is currently out on bail of RM2 million in two sureties pending appeal. — Bernama