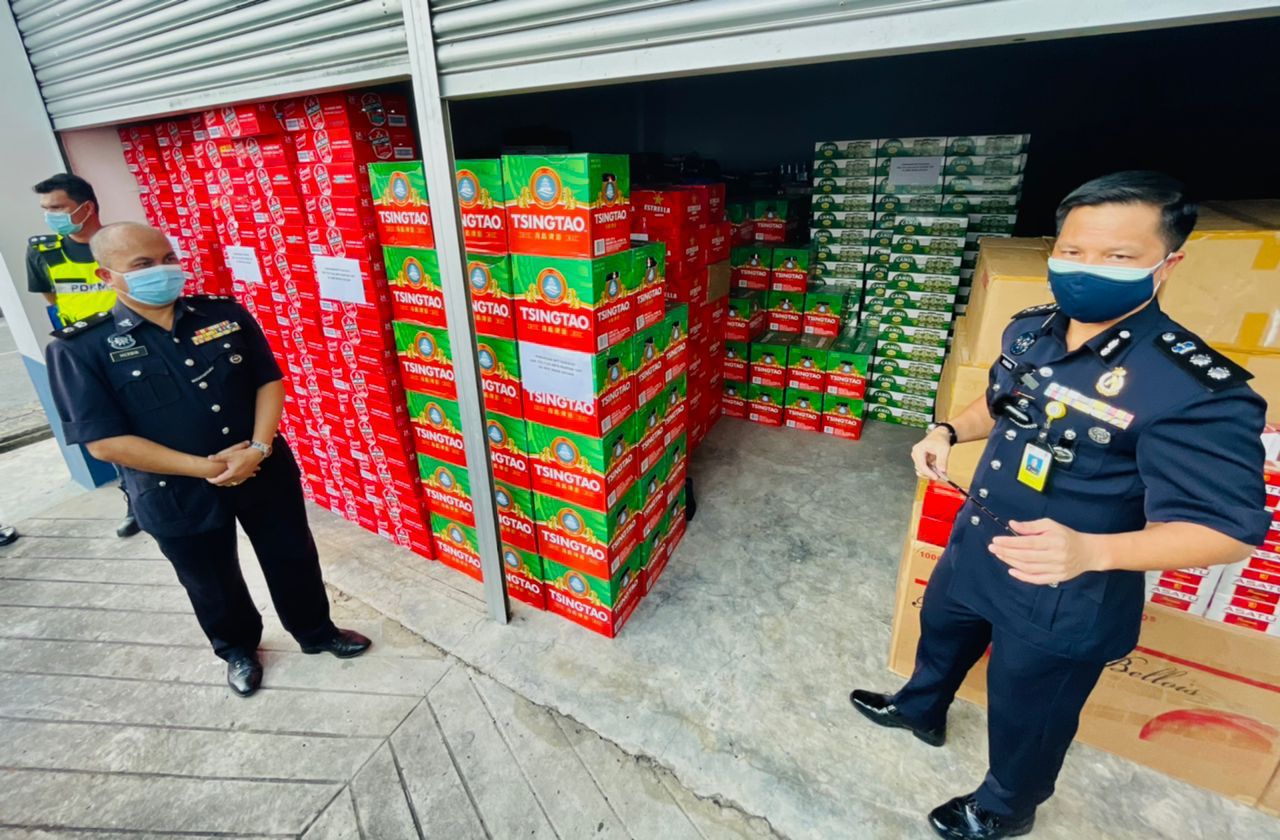 Ahsmon (right) and his deputy Supt Merbin Lisa (left) show some of the seized contraband.

Kuching police chief ACP Ahsmon Bajah said the raids were carried out by personnel from the district headquarters here, Marine Police Force and General Operations Force between Sept 26 and Oct 6.

A total of 865,440 sticks of cigarettes and 3,682 crates of alcoholic beverages were seized, estimated to be worth more than RM1.15 million inclusive of tax, he told a press conference at the Tabuan Jaya police station yesterday.

He added the four individuals detained during the raids are aged between 20 and 46 years.

According to Ahsmon, police have carried out a total of 13 contraband-related raids so far this year in and around Kuching city, arresting a total of 16 men and four women.

The figures include the three latest raids, he added.

The total value of contraband seized from January until now is RM4.1 million. Two cases have already been charged in court while the rest are still under investigation, he said.

The two cases were charged under Section 135(1)(d) of the Customs Act 1967 which provides for a fine of not less than RM100,000 or imprisonment of between six months and five years, upon conviction.

Ahsmon said investigations have found that the syndicates behind the smuggling use Kuching as a transit and storage point before transporting the contraband to districts throughout the state for sale.

The supplies are believed to be smuggled from the border and brought in directly to Kuching, before being distributed and sent to other districts, he said.