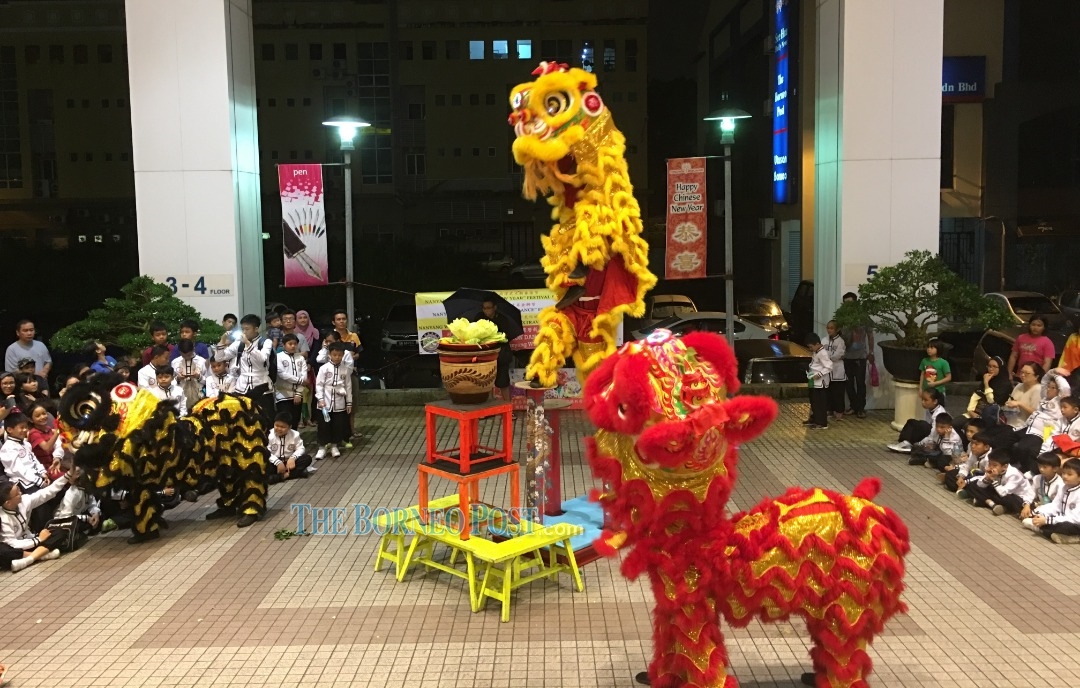 File photo of a lion dance in Kuching.

When asked if the SOP for lion dances would be reviewed, SDMC chairman Datuk Amar Douglas Uggah Embas said: “SDMC is deliberating the matter.
Earlier on, a source from the lion dance association told The Borneo Post that the ban had caused disruptions for such associations across the state, hence the appeal.

The source revealed that the aforementioned appeal was submitted on behalf of lion and dragon dance associations in Kuching, Samarahan, Betong, Sarikei, Sibu, Mukah, Bintulu and Miri.

Open house, house visiting, lion and dragon dance performances, as well as celebrations at temples or public spaces are not allowed in the list of standard operating procedures (SOPs) released by SDMC for Chinese New Year 2022.

Celebration is only permitted for close family members on the first day of the festival and also Chap Goh Mei.

Firstly, we must sensibly consider the safety and health of all and up to this point, we need to consider the economic and livelihood aspects too and learn to live with the virus.

Looking at the standard operating procedures for the Chinese New Year, do you think its logical or not? the association asked.

The source from the association also vented frustration over the seemingly different approaches with the state entering Phase 4 of the National Recovery Plan (NRP).

Generally, every other day is Phase 4 of NRP, but the first day of Chinese New Year and Chap Goh Meh (seem to be in) Phase 3, he said.

If you ask me, all Sarawak needs to do is follow Phase 4 of the NRP accordingly, instead of coming up with half-baked SOPs for the Chinese New Year.

The source claimed that lion and dragon dance performances would be allowed to proceed in Sabah and Peninsular Malaysia during this years Chinese New Year.

The appeal called upon the SDMC to reconsider the ban as lion and dragon dance associations had always depended on such performances during Chinese New Year to financially sustain themselves.