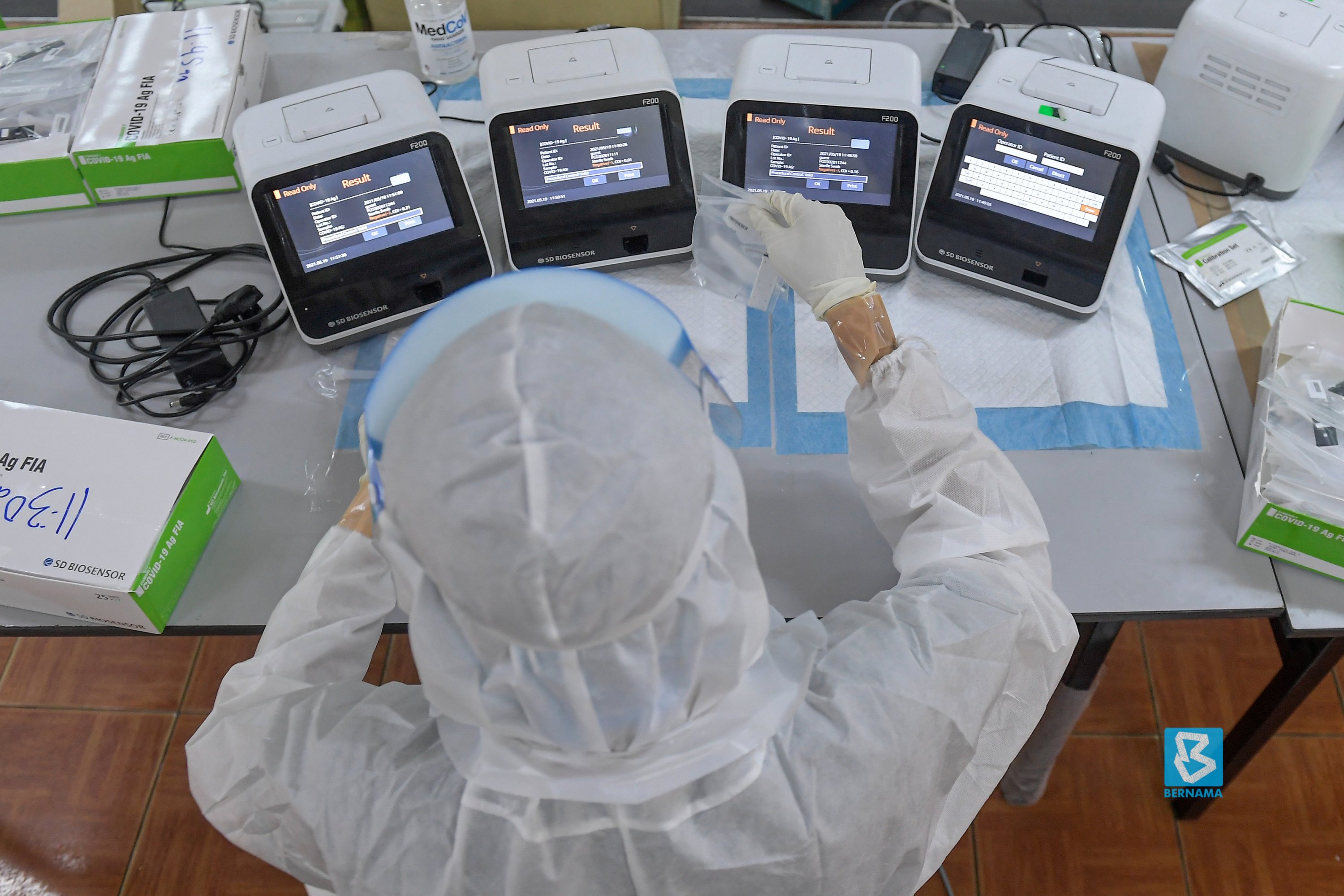 KUALA LUMPUR (Aug 24): Non-compliance with the standard operating procedures (SOP) is among the causes of the spike in Covid-19 cases in several states.

Other causes identified are the virus is already in the community, visits, interstate travel and infection among factory workers.

About 60 to 70 per cent of the total cases are from close contact screenings and many of the new cases are in Category One and Two. The number of infections at workplaces such as factories has also declined, so many cases are now in the community, he told Bernama today, adding that in general,all districts in the state were showing an increasing trend except in Kuala Muda and Yan.

He added that the vaccination process was running smoothly with the addition of more vaccination centres and hoped that the requested 220,000 doses of vaccine per week could be delivered as soon as possible.

In Sarawak, state Health director Datuk Dr Mohamed Sapian Mohamed said the cause of the Covid-19 outbreak in the state were linked to social activities, family gatherings and non-compliance with the SOP at workplaces and institutions.

Starting Aug 16, new daily cases in Sarawak have exceeded the 1,000 mark except on Aug 17 (835 cases) and the highest figurewas reported last Friday with 2,548 cases.

However, the vaccination rate in the state is at the optimum level with 1,837,462 individuals have received their first dose while1,744,895 individuals or 62 per cent of the Sarawak population have completed both doses as of yesterday.

In Kelantan, state Health director Datuk Dr Zaini Hussin said failure to comply with the SOP and visits had contributed to the surge in Covid-19 cases in the state, with the current infectivity rate (Rt) of more than 1.0 and daily cases also recorded four figures.

To date, there are 200 active clusters in the state with a majority of them being community clusters.

We hope the people in Kelantan realise the need to follow the SOP properly even though some relaxations have been given to fully vaccinated individuals. It is not a ticket to ignore the SOP, he told reporters after visiting the Covid-19 Low-Risk Quarantine and Treatment Centre (PKRC) at Gelanggang Seni, Kota Bharu today.

Dr Zaini said the state health department has taken the initiative to increase the bed capacity in all PRKCs and hospitals, in preparation to face the increasing number of Covid-19 cases.

She said the situation became worst when those who had contracted the virus continued to stay at their hostels or rental houses, resulting in more people being infected.

In a recent case, only two workers of a factory tested positive for Covid-19 and after three days, our inspection found that the other 47 people living in the same hostel have also contracted the virus, she told Bernama.

Dr Norlela said the state government had proposed that a private PKRC be opened to accommodate Covid-19 patients from factories, especially those from the small and medium industries.

As of yesterday,78.4 per cent or 1,071,985 individuals in Penang have received their first dose of the vaccine while 47.1 per cent or643,909 individuals have completed two doses.

In Johor, interstate travel to red zone locations for vaccination and the presence of Variants of Concern (VOC) are among the causes of the rapid transmission of Covid-19 among industrial workers.

State Health and Environment Committee chairmanR. Vidyananthan told the State Legislative Assembly sitting on Sunday that as of Aug 22, a total of 142 industrialclusters were still active while as of Aug 19, there were 16VOC cases involving the Delta Variant, namely 11 cases in Tangkak, two in Segamat and one each in Muar, Batu Pahat and Pontian.

He said the state government would continue to monitor the situation by strengthening the Johor Industrial Preparedness Plan (JIPP) and [email protected] initiatives, besides expediting the vaccination process under Public-Private Partnership Industrial Covid-19 Immunisation Programme (PIKAS).

Based on the data uploaded on the Johor National Security Council Facebook page, a total of 1.884 million first doses have been administered as of yesterday while 1.052million people have completed both doses.